Gifts to Give Yourself: Holiday Gift Guide 2020

These Peppermint Bark Cookies Are the Perfect Holiday Treat 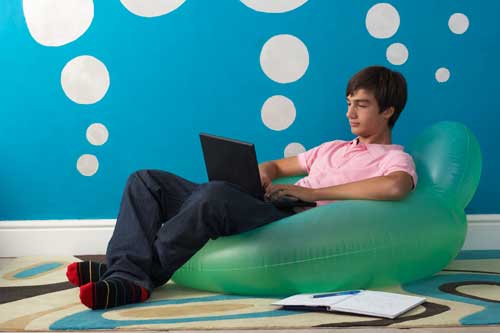 Let me just say it: Your child is a brand name.

Caitlin or Brad or Ashley or Justin has a reputation, an image, a persona. And more and more college admissions officers are checking it out.

College Admissions officers don't really do this, do they?

Well, let me share this. A 2008 Kaplan survey found that 10 percent of college admissions offices did so, and it would be reasonable to think that that number—like every other statistic regarding social media—has increased dramatically. And ask anyone who has hired someone in the last 12 months. I bet the majority would tell you that they used online resources to "vet" applicants.

Well, then, I'll . . . uh . . . ban them from Facebook. They can't use the Twitter, and I'll raise the volumne on the parental controls to 11. There won't be anything for those admissions folks to find and my (Ashley, Caitlin, Brad, Justin) can't mess up their brand," as you call it.

First off, it's Twitter, not "the Twitter." But honestly, you can do all of those things and probably do more harm than good. What you are doing is allowing the rest of the world to determine (Brand, Justin, Caitlin, Ashley's) reputation.

Remember that American Legion team Brad played for? There's a roster listing on a Legion web link. That article in the local paper about Ashley's Girl Scout project? check it out on page one of your Google search. And that's the good news!

The bad news is that Justin's friend could have "tagged" a less than flattering photo of Justin. A former boyfriend or girlfriend could have started a Facebook page entitled "Brad X Stinks" or "Ashley Y is a @%!."

So, what do I do? Because I'm telling you, I know exactly who would do that to Brad!

If this sounds a bit ominous, I don't mean it to be. I heard a speaker yesterday refer to Internet security in terms of automobile safety. I think that is most apporpriate. you can have air bags, seat belts, mirrors, and brake lights; but ultimately, you still have to drive in traffic.

All the best in parenting,