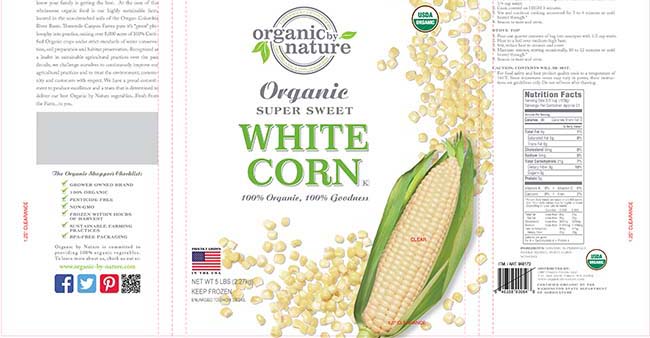 UPDATE: Trader Joe's has expanded their recall list of foods that may be contaminated, and new foods include their vegetable fried rice and more.

Check your freezers! A widespread recall of hundreds of frozen foods is under way over worries that they might be contaminated with Listeria.

CRF Frozen Foods announced the voluntary recall of about 358 frozen fruits and vegetables (both organic and regular) under 42 different brands.

Many of the items are sold at Trader Joe’s, Walmart and other chains and local stores, and they may have been bought in all 50 states, according to press release issued by the Food and Drug Administration (FDA). The products affected have “best by” or “sell by” dates between April 26, 2016 and April 26, 2018 and a variety of different ID numbers, the complete list of which is included in the FDA’s statement.

What can Listeria (Listeria monocytogenes) do? Well, this food-borne bacteria can cause severe and sometimes deadly infections among those with compromised immune systems. This means young kids and the elderly are particularly at risk, as well as pregnant woman, as it has been linked to miscarriages and stillbirths. It can make healthy adults sick too; symptoms include high fever, nausea, diarrhea, stiffness, stomach pain and headache.

If you’ve bought any of the affected products, you can return them to the store for a refund or toss them in the trash. And if you’ve got questions, call the company’s consumer hotline at 844-483-3866.

More Like This:
The Latest News on Allergies in Kids
Foods Pregnant Women Should and Should Not Eat
8 Ways Not to Get Sick When Your Kids Get Sick