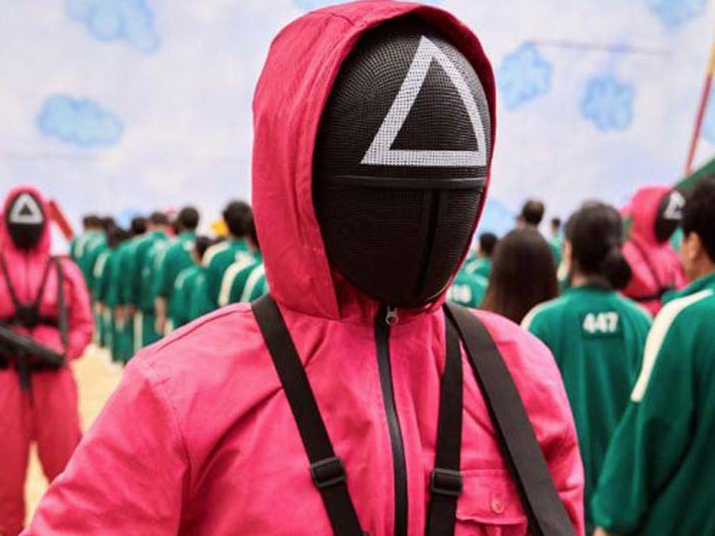 The Netflix show, Squid Game has become a huge hit, surpassing 100 million views during its first month on the service. But while the drama out of South Korea has massive global appeal, it’s definitely not appropriate for children, even though many are watching. With a plot that involves a group of people in debt competing for money by playing children’s games like Red Light, Green Light, and those who are eliminated from the game being executed, parents are rightly concerned about their kids being exposed to such violent content.

But now a new worry is cropping up, in that some schools are reporting that kids are playing “Squid Games” on the playground. At some schools, the playground game has even resulted in violence. And while schools have sent home warnings, asking parents to be aware of the show and their children’s interest, some argue that talking more about Squid Game has only one result — kids wanting to watch Squid Game.

Should you be worried that your child may be acting out a scene from a show intended for a mature audience that they may or may not have even seen?

“Squid Game has repetitive extreme violence throughout, and other shows might just have one or two scenes,” says  Rebecca Cowan, Ph.D., told Parents.com. “Repetitive violence has been shown to lead to increased violence and aggression in children. Additionally, this content can be traumatic for some to watch, leading to increased anxiety.”

So what should you do if your child is caught playing “Squid Games” or is talking about the show? Cowan advises to use the situation as a teachable moment.

“Parents can use this as an opportunity to talk to their children about violence and the importance of treating their peers with kindness,” she says.

Dr. Cowan suggests using “I” statements, such as, “I worry about how playing these games may impact you now and in the future. It’s important that we always treat others with kindness. I love you, and I’m trying to protect you.”

You can also explain that just because another child is allowed to watch the show or play these games your family has different rules. (And remember, in all likelihood, that other child’s parents aren’t even aware of what they are watching!)

Simply being aware of what your child is watching and asking them why they are interested it can open the door to a meaningful conversation. Although they may say differently, kids crave boundaries and want to know that their parents care. The first step is to simply know what they’re doing and to talk about it.

And if you do have a teen who is watching the show, watch along with them so you know what it’s really about. You’ll be better equipped to talk to them about it and answer their questions.

For more, go to parents.com.