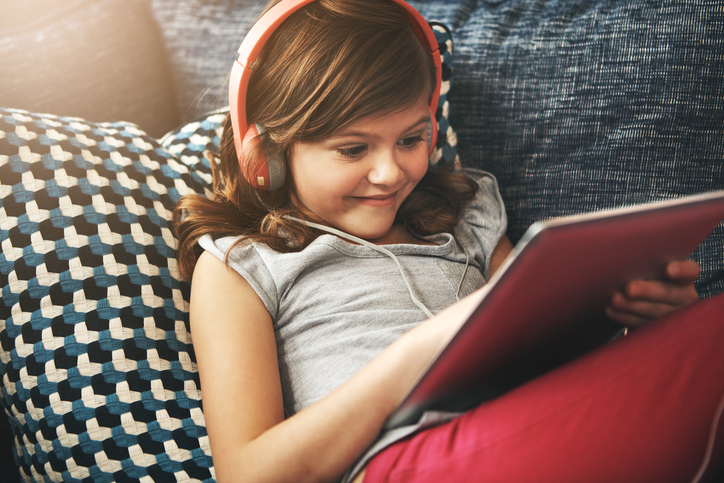 It’s been a rough year for YouTube. Ads popping up next to salacious videos. Sketchy content oozing its way into YouTube Kids. A suicide inappropriately presented by online personality Logan Paul (if you don’t know who he is you should because chances are your kids do). These incidents have collectively prompted viewer boycotts and major brands including AT&T, Proctor & Gamble, Mars, Mondelez, Diageo (Smirnoff, Baileys and Guinness), Hewlett-Packard, and Deutsche Ban, to pull advertising.

The Google-owned site is doing its best to weather the publicity storm, swiftly responding to complaints and pulling content. But the situation has left parents reeling, questioning whether it’s wise to continue allowing our children to access the popular video streaming site. Should we let our kids log on?

The short answer is yes.  “I wouldn’t ban kids from using it,” says Richard Guerry, executive director of the Mount Laurel-based Institute for Responsible Online and Cell Phone Communication (IROC2). For starters, YouTube offers a gold mine of information and educational content (not to mention riveting videos featuring squishees and other people playing video games). Even schools recognize the immense potential for learning, directing students to view educational videos. YouTube, which basically created the whole online influencer concept, also created a unique pathway for people to share and exploit their interests and talents for fun, fame, and financial reward (and that includes scholarships and job offers).

“It comes down to risk vs. reward. There’s a lot of reward to YouTube as long as you’re using it the right way. But it’s something you need to use very carefully,” says Guerry. And the risk is real. Even innocuous searches like “Girls Halloween Costumes” and “Dick’s Sporting Goods” can lead to content no one needs to see. Beyond that, videos can be rife with trolls, derogatory posts and phishing scams that prey on the innocent.

Guerry, a former media buyer who speaks at more than 200+ schools each year educating kids on the pros and pitfalls of online media, always asks his audience if anyone has inadvertently clicked on a strange link. “Ninety-eight percent of their hands will go up. Kids are two clicks away from something family-friendly to something inappropriate, and parents need to be diligent about communicating with their children about what they’re looking for online,” says Guerry.

What should parents do? Ask about your kids’ interests, their favorite shows and whether they talk to people via the comment sections, he suggests. Have a serious conversation about personal responsibility, and what can happen to your family and their device (hit ‘em where it hurts) by clicking on the wrong link (malware, credit card fraud, identity theft—all the fun stuff). “You can’t be with your kids 24/7, but what you can do is instill wisdom so kids understand the risks,” he says. You should also, absolutely, turn on YouTube parental controls and filters. It’s no replacement for parental vigilance, but it’s a start.

On the flip side, parents also need to make sure their kids aren’t the ones uploading content that’s inappropriate, embarrassing or even illegal (it happens). “They have the front-end skills but lack the wisdom to understand that their online footprint is public and permanent,” says Geurry. Parents need to convey the importance of posting responsibly and thoughtfully. Is what you uploaded positive? Are you proud of what you’ve created? Would you want it to be part of your legacy? Because it will, regardless. “This is a way to get kids to think beyond the moment. If more people did this, YouTube would be in a much better situation,” says Guerry.

Just so we’re clear, this mess isn’t necessarily all YouTube’s fault. “Is it a tech problem or is it a person problem?” is an oft-asked question without a definitive answer, says Guerry. After all, the company did launch YouTube Kids with the specific goal of creating a safe space for children to browse, and they are currently seeking an Operations Specialist for Child Safety (so they do care—at least about optics). They’ve also been pretty good about pulling offensive content when it’s called out. But is that enough? “YouTube is attempting to navigate a minefield of issues. They do a good job after the fact, but they don’t enough to prevent people from posting inappropriate content. Clearly, they need to be a little better,” says Richard.

Until then, it’s up to you.