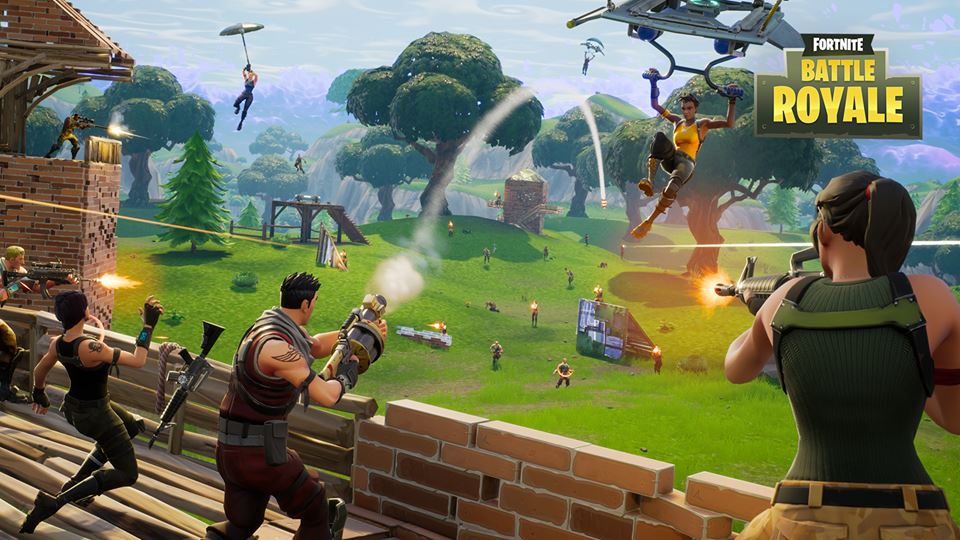 I haven’t seen my 15-year-old in months. We know he’s still breathing by the trail of cheese stick wrappers he leaves behind. If your child is also obsessed with Fortnite—and given its 45 million players and over 3 million concurrent users, it’s pretty likely—you’re definitely not alone. If you're not familiar with Fortnite, specifically the free 100-player Battle Royale version, the multiplayer game pits players against each other as they attempt to survive by scavenging weapons, killing and evading other players amidst a shrinking safe zone called the “Storm." Here are six other things you should know about your child's happy place.

It's not the violence—it's the time suck that's hazardous.

Sure, the T for teen rated game is brutal (it's a fight to the death, after all), but according to Common Sense Media, the violence is cartoonish, rather than bloody or gory, and there's no in-game bad language, sexuality, or alcohol/drug concerns—unlike popular shoot-em-up games like Call of Duty or PUBG (an also popular, more adult battle royal game). What's truly "scary" about Fortnite is the endless hours required to level up, which drives kids to play one more game (and one more after that). To curtail the call to battle, one parent we spoke with locks up the controllers. Another uses a device that monitors and limits screen time. Others just say no (how’s that going?). So, while it's true that Fortnite isn't terrible (as these things go), too much screen time is, and parents still need to limits on the hours kids devote to play.

Even the best player won't clock more than 25 minutes per game (probably less). So, if it's been 40 minutes since your child begged to "just finish this one last game" he or she is likely fibbing and has started a new one. The short duration, however, makes it easier to set natural limits, or use games as incentives (for example, one game in exchange for a half hour of reading).

Your child won’t turn into a space case.

More than a few parents actually praised the game. "Playing Fortnite is engaged activity, involving a lot of planning, quick decision making, and concentration. Even more so when playing with friends since that layers in a bunch of teamwork and communication. In some ways a lot like a team sport," says Maplewood dad and gamer Peter Evan Ginsberg.

It’s great for connecting with friends—real ones!

Along with going it alone, players can team up in duos or squads with up to 4 random strangers—a potentially sketchy situation. Instead, insist your kids only partner with friends and family. The game’s chat feature allows players to communicate, strategize, and joyously talk smack in real time, turning what could be a solitary activity into one that's riotously social. (It also allows for foul language, so turn chat off if keeping it clean is more important than connecting.) Fortnite’s ability to connect far-away friends also gets raves. While I don’t love the extra screen time, my 5th grader plays with his twin best friends that moved to California, and it’s a virtual play date. They can actually hang out together and play online,” says Short Hills-based mom Carrie Miller Nussbaum. “It’s been a great way for them to keep in touch.“

Fortnite is free…but not really.

Yes, Fortnite is free to download for PlayStation 4, Windows PC, Xbox One and all iOS platforms (Android is coming soon), but in-game purchases have generated oodles of cash for developer Epic Games. V-Bucks, the game's premium currency, can be used to buy seasonal assorted cosmetic upgrades, accrue premium rewards, and level up faster. Purchases aren't mandatory to play, though pleading apparently is. "I think it's harmless," says Craig Thompson, a Maplewood father of a 10-year-old boy. "The worst part is the begging."

Seriously, nothing is free.

Especially V-Bucks. Pop-ups offering your access to free V-Bucks or the ability to share/buy accounts are everywhere–it's a scam designed to steal players' account information (and run up fraudulent charges) or generate click-through advertising cash for the scammer. Make sure your child knows to never, ever, ever share account details and/or password with anyone except you. Too late? Have your child change his or her password ASAP. Also, young kids can fall pray to older more experienced players who try to unfairly "trade" items your child has collected or been rewarded through purchases (such as materials to build defensives or healing elixirs and meds). Protect your children from being ripped off by overseeing swaps and urging them to only trade with players they know personally.

And speaking of ripped off, my son scored $10 worth of seasonal premium rewards off me in exchange for fact-checking this article. It’s not the worst money I’ve ever spent.

Jennifer Kantor lives in Maplewood with her husband, two kids and their video game console.