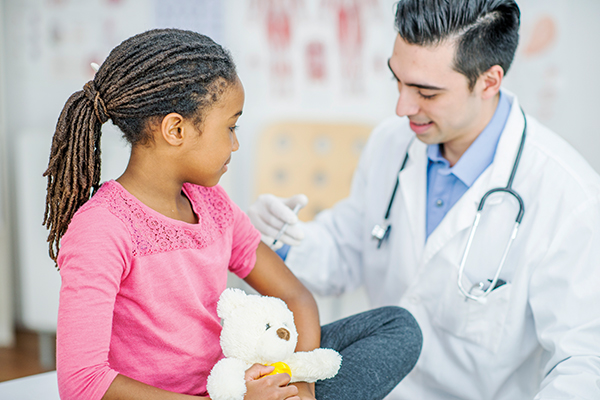 What’s best for flu protection? The AAP recommends parents choose the flu shot for the 2018-19 season. The injectable flu vaccine should be a parent’s first choice because it’s provided the most consistent protection against all strains of the flu in recent years, according to the AAP.

Since the nasal spray didn’t work well against all types of flu during the 2013-14 and 2015-16 seasons, it wasn’t recommended during the past two. One exception: If your child is needle-shy (or if, for example, your pediatrician’s office runs out of the shot), the nasal spray is an acceptable alternative. The key is to get your kid protected, since about 80 percent of the children who died last year from flu-associated illnesses hadn’t received a flu vaccination, according to the Centers for Disease Control and Prevention (CDC).