There is no precedent or rule for resolving a dispute between divorced parents who disagree about vaccinating their teenager for COVID-19.

The coronavirus pandemic is a once-in-a-century crisis, and the FDA only recently granted emergency use authorization to administer vaccines to teenagers. This is uncharted territory, so there are no specific laws written yet in New Jersey about what happens when divorced parents disagree.

Courts and a Child’s Best Interest

We start with the courts’ authority to make custody determinations in divorce proceedings. Courts can issue orders about a child’s care, custody and education. The most important consideration in any custody dispute is to foster the best interests of the child.

The New Jersey Legislature has outlined certain factors that courts must consider in determining the best interests of a child, including making sure that children have frequent and continuing contact with both parents after separation and divorce.

If a court grants sole legal custody, then only one parent will have the authority to make major decisions, which are choices that substantially impact the child and do not arise in the day-to-day. Courts usually do not grant sole legal custody because they do not want to isolate the child from the noncustodial parent.

However, when divorced parents have joint legal custody, they might disagree about whether or not to vaccinate their teenager. Such disputes are the most troublesome aspect of joint custody arrangements. Divorced parents often disagree about what is in their child’s best interests. When a deadlock occurs, the public policy favoring joint legal custody becomes secondary to the child’s best interests, and the parties end up back in family court.

Courts, however, are reluctant to make major decisions affecting a child’s welfare when divorced parents disagree. Instead, historically, courts have granted the tie-breaking authority to the residential parent. In a precedent-setting case, Boerger v. Boerger, the court permitted the residential parent to determine the children’s religious training.

In another case that set a precedent, Brzozowski v. Brzozowski, there was a disagreement about the child’s medical care. The court noted there was little authority addressing medical disputes. After reviewing how other states handled such disputes, the court held that the father, who shared joint legal custody, could not stop the mother, the residential parent, from authorizing surgery to correct obstruction to their child’s nose along with a tonsillectomy.

The trend that the residential parent should be granted the tie-breaking authority has been slowly changing, though. For instance, there was a case about a child who suffered a sports injury, and the parents disagreed about which surgical procedure was appropriate and which surgeon would be selected. The judge ordered an alternate custody arrangement but maintained joint legal custody. He awarded the father authority to serve as the child’s temporary medical custodian just to arrange the child’s surgery and medical care relative to his sports injury. In selecting the father as the child’s temporary medical custodian, the judge noted that historically the child’s medical care was directed by the father and their son spent substantially more time with his father than his mother.

In conclusion, a court will not decide whether or not the divorced parents’ teenager is to be vaccinated. Instead, a court will probably grant this authority to the parent who has historically handled their teenager’s medical care. 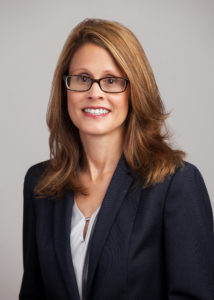 Jennifer Fortunato is an attorney in the Family/Matrimonial and Special Education groups at Einhorn, Barbarito, Frost & Botwinick, PC in Denville, NJ, and can be contacted at jfortunato@einhornlawyers.com. In the area of Education Law, Jennifer advocates for children with special needs and their families on issues arising under the Individuals with Disability ACT (IDEA), Section 504 and other State statutes. Jennifer participates in Individual Education Plan (IEP) meetings and enforcement, obtaining Section 504 Plans, discussions with school districts, due process hearings and litigation.