Disney World Will Reopen in July 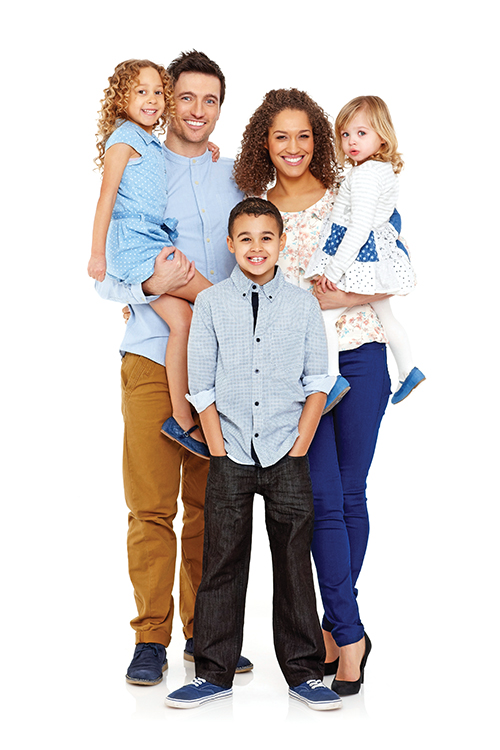 Well visits with your pediatrician are opportunities to ask what’s normal and what’s not when it comes to your child’s growth, behavior and development.  Here are questions doctors regularly hear from parents—and the answers.

Q: Is it okay to let my infant cry it out?

A: “Newborns who are crying should be attended to; and they shouldn’t have to soothe themselves to sleep at this age,” says Mary LoFrumento, MD, a pediatrician and medical director of the Newborn Nursery at Morristown Medical Center and author of Simply Parenting: Understanding Your Newborn and Infant. When babies are a little older, put them in their cribs as soon as they get a little sleepy. That’s how they learn to self-soothe and put themselves to sleep.

It’s typically safe to allow a baby four months and older to cry, but it also depends on the cause of the crying, says Edward Kulich, MD, founder of Celebrity Pediatrics in Watchung and author of The Best Baby Sleep Book. Kulich advocates sleep-training methods over crying it out. “If they are crying because they are in pain or for a medical reason, they should be attended to,” he said.

Q: Should I be worried if my 15-month-old isn’t walking yet?

A: Some babies take their first steps as early as nine months and others won’t until 17 months. “Walking has a large bell curve,” says Dr. LoFrumento. “You want to see if he’s progressing every month or two with an increase in development toward walking.”

After crawling, babies begin to pull themselves up to stand and take steps while holding onto something, which is called cruising. That’s progress towards walking.  If he doesn’t seem to be on this progressive path, your pediatrician can rule out any medical reasons for a delay.

A: Speech development varies widely from child to child. There should be a progression from infant babbling at six months to using two- or three-word sentences by two to three years old. Typically, kids should be saying two-word phrases and have a vocabulary of 50 to 200 words by age two. By 17 months, most toddlers should be using “baby jargon,” a babbling language of their own, and responding to simple commands. If speech is truly delayed in a toddler, your pediatrician might suggest a hearing evaluation. “You can’t speak if you can’t hear,” says Dr. LoFrumento. And if a speech delay is accompanied by other symptoms, a developmental evaluation will help rule out other causes.

Q: My preschooler will only eat yogurt and drink milk. What should I do?

A: Preschoolers and toddlers often express their desire for more independence by being picky eaters. Preschoolers tend to eat a lot of one type of food for a few weeks and then shift to another—sometimes for no rhyme or reason. They may also decide on a favorite texture or color, Dr. LoFrumento says.

The good news? They really only need one or two balanced meals a day. Give your child two or three healthy choices packed with protein and fat, and remember, you’re not a short order cook, adds Dr. LoFrumento. Create a menu of pictures and let your child choose what she wants. “That will make kids feel like they have a hand in the decision of what they’re eating,” Dr. LoFrumento says. If she doesn’t eat what’s on her plate, try again later. If that doesn’t work, don’t give her anything except water before the next meal. “She’ll eat eventually,” she says.

Avoid excessive juice or milk, as well as salty or sweet treats, and your child will get all the nutrients she needs over the course of a week. Try not to fall into the trap of making up for picky eating with more milk or juice. An active child will “drink” her calories, which will only make her less hungry for more nutritious food. And too much whole milk can cause a toddler to become anemic, so limit milk to no more than 16 ounces a day.

Q: My child sucks his thumb when he gets upset. Should I encourage him to stop?

A: This is typical, self-comforting behavior. While most kids stop thumb-sucking by the time they reach kindergarten, parents of preschoolers worry about germs and teasing from other kids. Despite your concerns, you should never punish your child for sucking his thumb, warns Frank J. Sileo, PhD, a New Jersey licensed psychologist and founder and executive director of The Center for Psychological Enhancements in Ridgewood. “It may bother you as a parent, but the behavior serves to soothe your child.” Embarrassing or scolding him may make him do it even more.
If your kid’s five or older and still sucking his thumb, Dr. Sileo suggests ignoring it, especially if it’s an attention-seeking action. Also, look for triggers of thumb-sucking like stress, anxiousness, insecurity or anger. “Focus on correcting the cause of the anxiety and comfort the child in other ways,” says Michelle M. Backhaus, DMD, a board certified pediatric dentist at Central Jersey Pediatric Dentistry & Orthodontics in East Brunswick and secretary of the New Jersey Academy of Pediatric Dentistry. Then offer an alternative to divert his attention from his thumb and comfort him with a hug or reassuring words.

Q: My child’s teachers and our family members often have a hard time understanding her speech, but I understand her perfectly. Should I be concerned?

A: Strangers—not Mom or Dad or immediate caregivers—should be able to understand 50 percent of what a two-year-old says, 75 percent of what’s said by a three-year-old and 100 percent of what four-year-olds say, notes Dr. Kulich. If a caregiver or teacher is concerned about speech,  a hearing test and speech evaluation is a good idea. “In my experience, subtle speech issues are best picked up by teachers,” says Dr. Kulich.

Q: My child acts out in class and his teacher says his repeated outbursts are disruptive. How can I encourage better behavior?

A: No one likes being told their kid is misbehaving at school. You may be worried that your child is gaining a reputation as a troublemaker. “But parents may also be concerned that there’s a deeper, more serious problem with their child,” says Dr. Sileo.

He suggests setting up a meeting with the school to learn more about the outbursts. Are they angry, rude or calling out? How often and when do they happen—all the time, during certain subjects, after lunch? “Parents [should] remain calm and work with the teacher,” Dr. Sileo says. “Too often, parents become defensive about their child and blame the teacher. Keep an open mind about your child and develop a plan with the teacher and school. View yourselves as a team working on behalf of your child.”

Then sit down with your child to discuss the problem, Dr. Sileo says. If he’s choosing to be disruptive on his own, work with his school to implement a positive behavior modification system. Avoid harshly disciplining your child. “It’s important that you convey to the child that you disapprove of his behavior, not him.”

If you feel that your child can’t control his behavior and it’s a result of impulsivity, anger or reacting to his environment, Dr. Sileo suggests speaking with your pediatrician, who may refer you to a mental health specialist. “This doesn’t necessarily mean he needs medication or therapy,” says Dr. Sileo. “However, you may want to explore all options and make sure this isn’t something out of your child’s control.”

Q: My son is seven and still wets the bed, but I’ve been told this isn’t unusual. What should I do?

A: Most kids stop wetting the bed by five or six years old, says Dr. Kulich. If your child wasn’t a bed-wetter before and then starts to wet the bed after being dry for a period of time, talk with your pediatrician. If your child isn’t dry by six to seven years of age, making certain changes to his nighttime routine may help. That includes banning drinks before bed, making sure they go to the bathroom right before they hit the hay and waking them up to empty their bladder a few hours after falling asleep. If these strategies don’t work, consult your pediatrician, who may refer you to a urologist, Dr. Kulich says.

Q: My child’s allergic to peanuts, but I’ve heard it’s best to slowly expose her to the allergen to help her outgrow it. Is that true?

A: Some recommend introducing nuts early to prevent the onset of a peanut allergy in the first place. But once the allergy is diagnosed, any desensitization should be done under the medical supervision of a pediatric allergist or at a hospital since you risk triggering an allergic reaction. “This is a potentially fatal mistake that should never be attempted by a parent,” says Dr. Kulich.

Q: Should my kid get the HPV shot?
A: “The answer is absolutely yes,” says Meg Fisher, MD, past president of the New Jersey chapter of the American Academy of Pediatrics (AAP) and medical director of Unterberg Children’s Hospital at Monmouth Medical Center. The HPV (human papilloma virus) vaccine can protect both boys and girls from several types of cancer including cervical.

The vaccine isn’t meant to prevent a sexually transmitted disease (STD), but rather to prevent cancer caused by the virus. Since introduced in 2006, the vaccine has helped cut HPV infection rates among teen girls in half, says the Centers for Disease Control and Prevention (CDC). The shot has been studied closely and has an excellent safety record. The most common side effects are pain and redness in the arm after the shot.

All shots in the series should be done before your child’s thirteenth birthday, and work best when given at the recommended ages of 11 or 12 in two doses (recently changed from three doses for this age), according to the CDC.