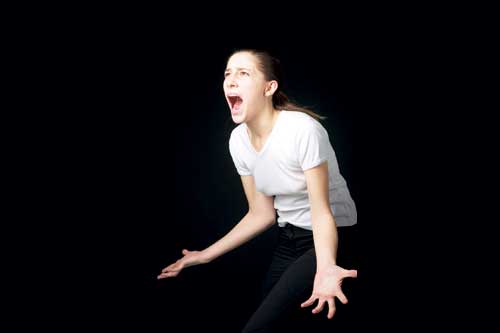 The very idea can make your skin crawl—movie theaters, stores, even posh hotel rooms teeming with sneaky little nocturnal blood-sucking pests. Bedbug panic is spreading. “I’m afraid to go to the movies now!” says Moragh, a mother of two. Sheila is avoiding jaunts to Manhattan and considers tossing her son’s clothes and backpack into the dryer each day. (Heat kills bedbugs and their larvae.) At the other extreme, Lesley refuses to change her habits: “You can’t live in fear. I’m totally going to the movies!”

Undoubtedly, bedbugs are marching through North America, and New Jersey’s in the way. “Bedbugs in New York and Philly, according to some reports, are the number one and number two infestation areas in the United States,” says Michael Russell, vice president of Action Termite and Pest Control in Toms River. “And it just happens that Jersey is smack dab in the middle of the two.” Russell has seen calls to his business skyrocket. “Prior to 2007, in the 40 years of this company being in operation, we’ve only had maybe one bedbug call in all that time. Now we’re getting between 20 and 50 calls a day.”

According to NJ.com, bedbugs hit a Monmouth Mall multiplex last August, two Middletown seniors’ residences in September, and a Union County welfare office in October. There have also been reports of bedbugs in schools.

Jeff White, research entomologist at Cooper Pest Solutions in Lawrenceville, NJ, says that parents must walk a fine line “between hysteria and knowledge.” While the news about bedbugs is alarming, White says, “The chances you’re going to encounter anything are still slim. But if you do, you want to know what to do. You don’t want to be blindsided.”

White’s advice? Get educated. “With people learning about bedbugs and knowing how to slow up that transmission and slow the spread, I think we can get a grip on the situation.”

If you see bugs or unexplained bites, don’t panic. Russell says, “Currently the CDC says they’re not a vector for spreading disease.”

Get Rid of Bedbugs

Although it’s difficult, you can exterminate bedbugs.

While it’s complicated, White offers hope for eradicating the pests. “We can get rid of bedbugs, absolutely. It just takes some time and sometimes multiple treatments. But you can get rid of them.”

Eggs are pearly white and 1mm long. Immature bedbugs are light-colored and about 1mm long, becoming gradually larger and darker at each growth stage. Adult bedbugs are about the size of an apple seed. They are flat, oval, non-winged, and a reddish-brown color. (After feeding on blood, their bodies swell and turn a brighter red.)

Besides bites on the skin, what are other signs of bedbug activity?

You could see dark spots from droppings, shed bedbug skins, or small bloodstains from crushed bugs.

What do bedbugs eat?

In homes, bedbugs feed primarily on humans, usually at night when people are sleeping. Bedbugs can survive months between feedings and can also feed on the blood of mammals and birds. They’re not believed to transmit disease.

What does a bedbug bite feel and look like?

Typically a bite is painless and rarely disturbs a sleeping person. Bites can produce large itchy welts; these often appear in rows of three or more.

Where do bedbugs hide?

Great hiders, bedbugs often conceal themselves near beds and bedroom furniture. They can hide in mattress tufts and seams, or under box springs, dresser drawers, behind headboards, in cracks and crevices in walls, or any cluttered area that offers sanctuary.

Connie Jeske Crane is freelance writer who is glad she does not have first-hand experience with bedbugs.