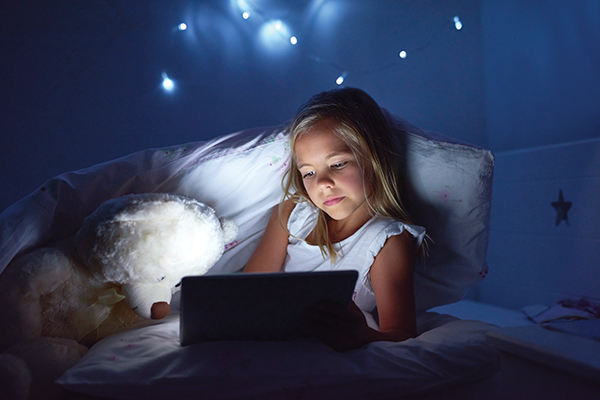 Letting your kids wind down before bed by watching TV or playing games on their tablets or phones may seem harmless. But a Penn State study says technology use before bed may contribute to sleep and weight problems for kids.

The study revealed that kids who watch TV or play video games before hitting the hay get an average of 30 minutes less sleep than those who don’t. Kids who used their smartphones averaged an hour less of sleep. Not only did they get less shuteye, but they also had poorer sleep quality, more morning fatigue and higher BMIs.

Put technology to bed with these recommendations from the American Academy of Pediatrics (AAP):

• Turn off all screens an hour before bedtime.

• Set media-free times for your family, such as during dinner.

• Keep devices like TVs, computers and smartphones out of the bedrooms.

• Get everyone (you, too!) to bed on time so you’re all getting quality sleep.