According to statistics, in every U.S. high school classroom of roughly 30 students, at least a few of them will be dealing with depression at any given time. In fact, roughly 20 percent of them will experience depression before they reach adulthood. Today, teen depression isn’t just a problem that affects someone else’s child. It’s all around us. It may be in your own home. It was in mine.

From the ages of 12 to 17, I found myself stuck in an emotional fog. Constant feelings of sadness, insecurity, and confusion caused me to feel helpless and act out. My parents made the mistake that many often do. They assumed it was just adolescent growing pains. While my behavior was frustrating for them, they thought I would eventually outgrow it.

But this often isn’t the case, so signs that a teenager might be depressed should never be taken lightly. According to the National Institute of Mental Health, treating teen depression in its earliest stages can significantly reduce substance abuse and suicide risks, as well as help teens develop into healthy adults down the road.

How Do I Know?

Common depression symptoms like anger, irritability, and long-lasting unhappiness can be normalized or downplayed, especially when we don’t want to admit that it’s something more serious. Dr. Moira Rynn, a child psychiatrist and associate professor at Columbia University, says, “No one wants to see their child as depressed, and most parents just want to believe it is the moodiness of adolescence. While teens can get stressed by things, it shouldn’t lead to this feeling of not being able to deal with life, and people often get that confused.”

If you’re concerned with your child’s recent behavior, take into account how long you’ve noticed it, how extreme it is, and how different he’s been from his usual self.

Other Warning Signs of Teen Depression

How Can You Help?

Let’s be honest: teenagers usually spend most of their time with people other than their parents. They’re at school and with friends much more often than with you. Still, don’t let this make you feel that you can’t make an impact. It’s often those few hours with the people who love them most that can make all the difference.

Ultimately, I emerged from those difficult years with an awareness that adolescent depression is as hard on the parents as it is on the teen. It can be a confusing and frustrating time for all involved, but it’s important to recognize that how you respond can make all the difference for your child’s health in both the short and long term. No parents ever want to be in a position where their child is suffering and they don’t know how to make it better. Keep yourself educated on the facts. It may help ensure that your struggling teen gets the care and treatment she needs.

Kimberly Moscatello is a freelance writer and investment analyst in New Jersey. After suffering from depression in her teens, she’s inspired to share her experiences and offer insight. 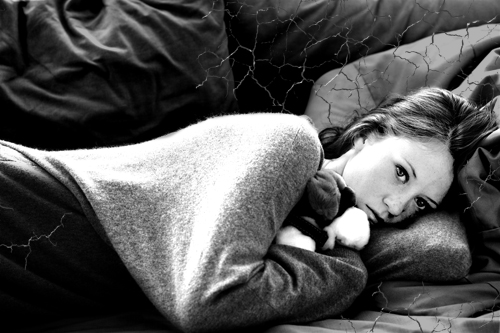