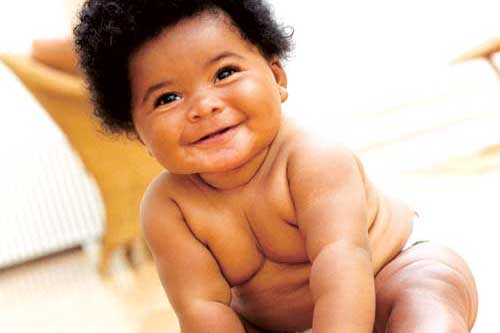 Chubby cheeks and Buddha bellies on babies may make us smile, but those lovable little rolls can also signal the beginning of a lifelong struggle with weight. Incorporating steps to “lighten the load” for your little one during the early years can lead to good habits in adulthood.

Research has found that moms who gain large amounts of weight during pregnancy are more likely to have heavier babies, and those babies are at higher risk of later becoming obese. Current weight gain recommendations are 25-35 pounds for normal-weight moms, and less for those who are overweight or obese. But, a well-balanced diet is still important. One study showed that restricting carbohydrates during pregnancy can actually alter fetal DNA, leading to increased fat storage and later obesity.

Childhood obesity numbers are soaring, and researchers say steps to maintaining a lifelong healthy weight should actually start at conception.

From an early age, teach children that physical activity is fun. Play with toddlers and encourage them to be active. Dance together to music, build an obstacle course with boxes, or pretend to be animals and mimic their movements. Teach by example: very young kids are more likely to be active when parents are active. Parents and caregivers may make food choices, but toddlers should be allowed to respond to their own hunger signals. Offer three meals and two or three snacks each day, but don’t panic if your toddler says no to food. Teach children to respond to their own hunger, not to eat on demand.