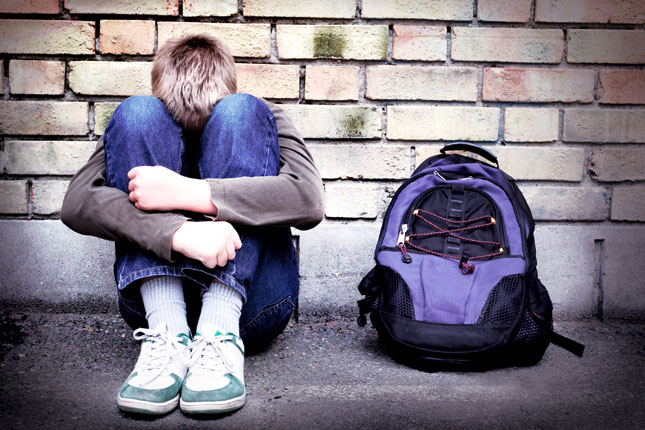 In January 2011, New Jersey signed into law the Anti-Bullying Bill of Rights Act, one of the toughest anti-bullying legislations in the country. The law outlines, “standards and procedures for preventing, reporting, investigating and responding to incidents of harassment, intimidation and bullying of students that occur on school grounds and off school grounds under specified circumstances.” By passing this law and creating bullying prevention programs, New Jersey lawmakers hoped to decrease the amount of bullying.

The first year after the law was passed, there was a rise in reported bullying incidents. School administrators and lawmakers attributed this rise to an increased understanding of what constitutes bullying and more diligent reporting of bullying incidents by parents, students and officials. But now, close to three years after the law was passed many are asking, are anti-bullying programs working?

According to Stuart Green, director of the NJ Coalition for Bullying Awareness and Prevention, the answer is yes. Green says, “The law has raised public and educator awareness of childhood bullying as the most common serious problem of the school-age child. Schools are making efforts they had not previously made. Parents are empowered and less accepting when schools inadequately respond to incidents of bullying.”

Stopbullying.gov defines bullying as “Unwanted, aggressive behavior among school-aged children that involves a real or perceived power imbalance. The behavior is repeated, or has the potential to be repeated, over time.” Bullying behavior includes making threats, spreading rumors, attacking someone physically or verbally, and excluding someone from a group on purpose. Bullying can occur in person or through electronic technology (cyber bullying.) Being bullied can have long lasting effects on the victims and on children who bully.

Green explains, “Bullying is always a pattern of negative acts, not one incident out of the blue. When a child is hurt because other children perceive him or her as being different, or having some minority status in a school, the leaders and staff of the school need to ask themselves if they have adequately engaged and supported not only that particular child, but the other children who may be perceived in the way or have that status.”

Shannon Cuttle, managing director of Garden State Equality (GSE), says, “Bullying and harassment is an everyone issue that happens everywhere. It affects all communities and age groups, with marginalized populations more at risk.”

Part of the New Jersey law mandates that every public school in the state set up an anti-bullying program that includes training for teachers and administrators as well as educational programs for students. In addition, the law requires NJ public schools designate the first week of October as the “Week of Respect,” an annual week of awareness and education on harassment, intimidation, and bullying.

But do these programs help decrease the amount of bullying in school? New research conducted by the University of Texas at Arlington this past September suggests just the opposite. The study found that students attending schools with anti-bullying initiatives may actually be more likely to be a victim of bullying than children in schools without such programs.

The main author of the study has suggested that the reason anti-bullying programs are not lowering the occurrence of bullying is because these programs actually educate the bully. Bullies learn what to say or do when questioned by parents or teachers, and they are able to avoid being caught and to continue the behavior.

Green admits the findings and the researcher’s comments are interesting, but he cautions that no one study should be overemphasized. Green does not believe that anti-bullying programs are causing an increase in bullying. Instead Green counters, “The bullying problem is not going to be solved by simply introducing a packaged anti-bullying program or one-shot, narrow approach.

“The key is whether the leadership, staff, and community truly ‘get’ and therefore prioritize this issue. Schools need to engage long-term in the kind of practices that protect, support, and include all the children, especially those most vulnerable to isolation or harm.”

The same UT Arlington study found that a lack of involvement and support from parents and teachers was likely to increase the risk of bullying victimization. Green concurs and says, “Rather than focus on incident reporting and liability, what the law really demands is that educators pay more attention to the social and emotional status of the children in their care, and the way in which the social environment of the school supports children.”

Cuttle adds, “Schools need to be engaged with the whole school community to change the climate and culture of bullying—this includes students, parents and teachers working together in prevention and intervention programs.”

What Can Parents Do?

Incidents of bullying in NJ schools are still making headlines.

In September, parents sued a private school in Saddle River charging that the school did not do enough to protect their daughter from being bullied. (Private schools are not required to follow the Anti-Bullying Bill of Rights Act, even though the law encourages them to do so.)

The same month, a mother in Toms River pled guilty to one count of fourth-degree criminal trespassing, harassment, and simple assault after she decided to take on the children that were bullying her fourth grade child because she felt school officials weren’t doing enough to protect her. (The mother received two years probation.)

While taking the law into your own hands is not the solution, it is understandable that parents of children being bullied feel helpless. Stuart Green, director of the NJ Coalition for Bullying Awareness and Prevention, says, “Parents of children bullied are in an especially difficult situation. Bullying is institutional violence, mainly caused by the culture and climate of the school, for which the adults who run the institution are primarily responsible. Parents are crucial partners, but they are not in direct control.”

What parents can do is listen to their children and offer them support. They can also expect the schools to protect their child. For a detailed description of what the school can and should be doing, Green suggests the book Schools Where Everyone Belongs (Research Press) by Stan Davis.

If your child is the victim of bullying, call Garden State Equality’s anti-bullying hotline at 1-877-NJBULLY.

Randi Mazzella, mother of three, is a freelance writer from Short Hills.