East Newark’s famous Tops Diner has been a favorite among New Jerseyans and has been rated the best diner by New Jersey Family readers several years in a row. An old-school spot that’s been around since 1942, Tops is as Jersey as it gets, complete with squishy bar stools, metallic accents, cozy booths and vintage decor. Embarking on a new chapter in its tasty legacy, Tops previously announced it was undergoing a massive reconstruction.

Now co-owner John Golemis is sharing new details about the $11M new restaurant which will be 15,000 square feet and have nearly double the current seating, bringing it up 290. The new diner will be situated behind the old one, which will be torn down. 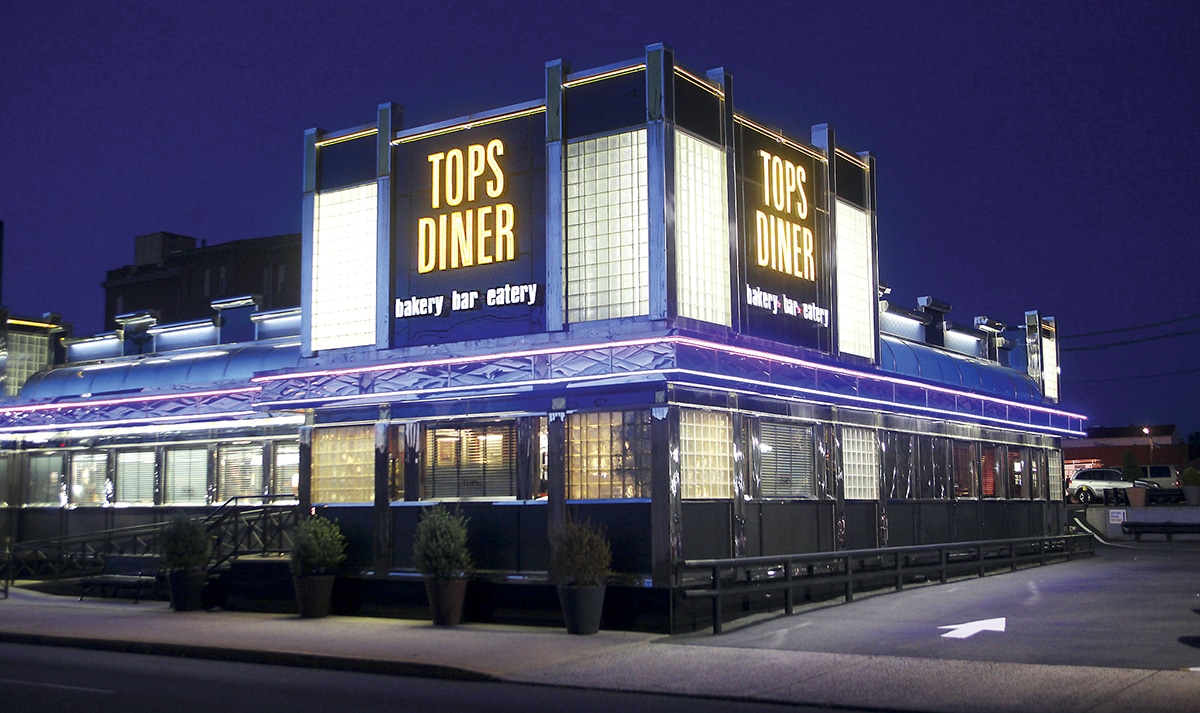 And although that might seem like tearing down a landmark, Golemis promises that the new and improved Tops will be worth it. Scheduled to open in March, the new diner will be somehow both retro and futuristic looking and will boast amenities including a Vero Water system, eight ovens, a barista station and a year-round outdoor smoothie/milkshake bar.

Solidifying its status as a destination restaurant, there will even be a photo booth on the premises, perfect for sharing pics on social media of your dining excursion.

But not to worry fans – although the aesthetics will change and the diner will expand, the great food Tops is known for will stay consistent, which means you can still get a veal parm or pastrami sandwich, no problem.

While diners will have to find another place to score epic breakfast while it’s closed for renovation, it’ll be well worth the wait. After all, there’s a reason Tops has been voted Best Diner in NJ not once, not twice, but three consecutive times by our readers who weighed in on New Jersey Family’s Annual Ultimate Bucket List.

Tops Diner is located at 500 Passaic Ave. in East Newark. While indoor dining is temporarily closed, you can order takeout and they are now offering delivery, which you can order online.