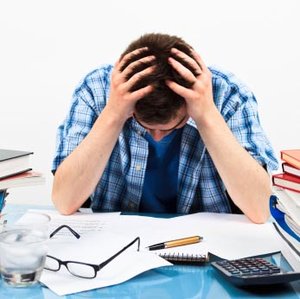 This June will be two years since my son graduated college. My daughter, a college junior, is currently spending a semester abroad. And yet, I can still vividly recall the torturous fall of their senior years and the excruciating days in December leading up to the 15th, their early decision date.

Everyone told me—as they’re probably saying to you—it will all work out. Relax. Don’t stress. Your kids will get accepted where they belong. Breathe. I knew my friends were only trying to help, offering well-meaning, albeit trite advice.

And for most of our kids, it does work out. But there was that voice in my head preparing for the worst, recalling stories of that “one kid.” The one with the highest grades and test scores, the one who spent the summer working in a lab with a world-renowned professor, the one who was captain of their team: the one who still, to everyone’s surprise, didn’t get into any of their top choices. There was the friend’s son who got into a prestigious university, although not for freshman year. His option, to join the class as a sophomore, though ultimately rewarding, was a significant delay in his college experience. A friend’s daughter chose to study abroad, in Scotland, after not getting into any of her top choices.

That’s the stuff that kept me up. That’s why I stocked up on rescue remedy in the health food store. That’s why I had that extra glass of red wine at night. Tossing and turning in my bed, I reviewed every extracurricular my child had participated in over the years and wondered what their teacher recommendations said. My mind went over their SAT scores, GPA’s, summer internships, creative portfolio submissions—would it be enough? Were they “enough?”

And why did I care so much? For one reason and one reason only—because my kids cared so much. I felt confident that there were many schools they’d be happy at, and I told them that regularly and emphatically. But when your child finds a school that’s seemingly the right fit for them (and you fully believe it is, too), you only hope that they achieve what they worked so hard throughout high school for.

And I wasn’t alone. The stress was palpable at school meetings and sporting events. Over coffee, lunch dates and late-night phone calls it was all my friends talked about—it was exhausting, all-consuming. We all had “the date” marked on our internal calendars. I’d watched friends with older children go through it and now here I was. Sadly, as a culture, we are all caught up in the college frenzy.

I will never forget the moment in the Starbucks parking lot when my son called me. I answered with coffee in one hand and my phone in the other, about to open the car door.  He was at school: we were expecting to hear from his ED choice later that day, but, compulsively checking his email, he got his answer a few hours earlier than expected. The call came during an everyday moment—a coffee run, something I had done countless times. But for me, that memory will forever be crystallized. He got in. I had never heard my son so genuinely happy. He was thrilled and—let’s be honest—relieved. We both were. It had worked out for him, and now we were done with the whole college process.

Unfortunately, it was not all good news for some of my friend’s children. Some received flat-out rejections, but for most it was deferrals. Many of those eventually turned into acceptance letters, but, at that point, they were looking at even more months of anxiety. The next few weeks were spent scrambling, sending out additional applications and writing more essays. For these kids, a relaxed winter break was not in the picture.

For those accepted, there was champagne popped, sweatshirts ordered.  Most of these kids wound up happy and in love with their new schools. But it’s worth noting that a few of my friends’ children who got in ED, a binding decision, eventually transferred. Had they applied for regular admission, there would have been more time to revisit schools, to weigh all their options in the spring. There is a pressure to apply ED, to have one and only one school in your mind that leads to many unhappy students. A status school sure looks good on Facebook and sounds impressive at cocktail parties, but if it’s not the right fit, by November of freshmen year none of that matters. I know plenty of kids who didn’t get into their first choice or their second. But they found schools they thrived at and were very happy to call home.

I hope it works out for your child. And if they, unfortunately, get deferred or rejected, no matter how cliché, know that there is a school out there that they will be happy and successful at. Remind them they’re still in the game and that it’s only halftime. Try to stay off of social media. Without ED obligations, the ball is now back in your child’s court. It’s called a process for a reason; that sweatshirt can wait till the spring.

Liora Yalof and Bonnie Klein started Daytripper University after years of college touring with their kids, and too many bad hotels and terrible meals to count. Happy to relive their Syracuse days, they have been hitting the road spending time on college campuses engaging with students and locals to bring you all the best information to make your college tours fun and less stressful. The website also has numerous resources helping parents navigate the college process.