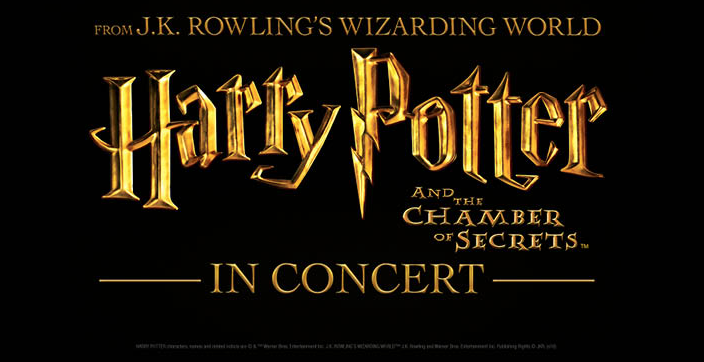 Sadly, we muggles can’t apparate like Harry and the crew, so if you can’t get to The Wizarding World of Harry Potter in Orlando, there are plenty of nearby spots where you can get your fix of magic.

Chow Down at a Themed Restaurant

The Pasta Wiz, boasting two New York locations, pairs italian food with a Hogwarts-themed ambiance. The Williamsburg and Manhattan spots serve organic and customizable pasta dishes in just 3 to 5 minutes. Order some “Magic Meatballs” while you try to spot the Sorting Hat.

Take in a Concert

True Harry Potter fans won’t want to miss this concert performance of Harry Potter and the Chamber of Secrets at NJPAC. Watch the full-length film accompanied by live music performed by the New Jersey Symphony Orchestra. The whole family will love listening to a live performance of this thrilling Grammy-nominated score.

The Pitman Potter Festival is happening Friday, October 20 through Saturday, October 21 and will feature a variety of events for wizards of all ages. Start off at the Sorting Ceremony before heading to your first Defense Against the Dark Arts class. Don’t forget to check out other entertainment nestled amongst Pitman businesses offering themed menus and activities. The Pitman Gallery & Art Center will be hosting a themed exhibit and raffling off a signed, framed print from the published illustrator.

The Harry Potter Festival in Chestnut Hill, PA is an equally magical celebration of wizards and Quidditch. It’s also happening on  Friday, October 20 through Saturday, October 21. We know, we know — it’s a tough decision. That’s when the neighborhood will be transformed into a weekend of film screenings, sorting hat demonstrations, scavenger hunts and more. Board the Hogwarts Express, take Defense Against the Dark Arts classes, hear your fortune, get your kids’ faces painted or try Quidditch (there’s a tournament!).

Head to a Broadway Show

Avid Potterheads have probably already devoured the recently released Harry Potter and the Cursed Child. The story follows the crew’s children as they struggle with their family legacies and a new darkness threatening the world of magic. Tickets go on sale October 12, but only to Ticketmaster Verified fans with an access code.

Lock Yourself up in an Escape Room

For those who love mystery and magic, Project Escape’s The Wizard’s Secret in Conshohocken, PA is the perfect place to have yourself locked up. The premise of this escape room evokes the terror of Azkaban: “You have been tricked by a dark wizard and forced to take his spot in the dreaded prison. Your easiest task will be escaping the cell.” Try this potion-filled wizard den for the ultimate Potter-themed escape.

Plan a Trip to the Franklin Institute

On September 26, the Franklin Institute’s Science After Hours is holding a Wizarding School event for those 21 years and older. Check out this year’s Potion-Off, where Severed Snipe will face-off with a new, powerful opponent. Dance over to the Yule Ball or head to the Planetarium for some stargazing. This event is great for those muggles who have been Potter fans since the ‘90s.