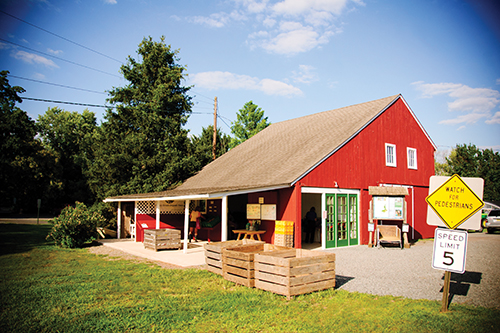 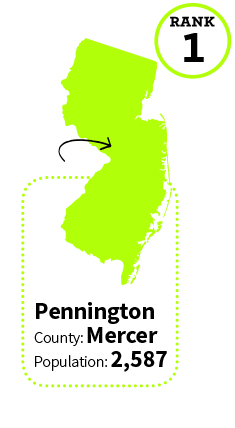 Tucked away in western Mercer County, surrounded on all sides by vast Hopewell Township, it’s easy to overlook the 0.9-square-mile Pennington—except for the fact that it’s snagged the coveted title of New Jersey’s Best Town for Families.

Here’s an introduction: stellar schools (ranked 9 out of 10 by Great Schools, a non-profit organization that ranks school performance), convenient highway access (making for a low average commute of 26 minutes), almost non-existent crime (the 22nd lowest in the state), affordable housing relative to average salaries and the perfect quaint, small-town-meets-farm-land feel—all while being driving distance to bustling Princeton and Philadelphia.

Main Street here is dotted with charming colonial houses (Pennington was incorporated in 1890, but the community dates back to 1708), some of which are residential, while others now house beloved local businesses. Whether you stop by Twirl Toy Shop (a one-of-a-kind toy store with unique play things, including kiddie kitchens,wooden instruments and dolls you won’t find at any Toys “R” Us), Vito’s Pizza (Pennington’s family-owned pizza shop, specializing in gourmet pies) or Pennington Apothecary (selling drug-store staples under a locally owned roof), if you’re from here, everyone knows your name and no one is a stranger—it’s a one-horse town in the best possible way.

Leave the Main Street area and it’s nature as far as the eye can see. Pennington is home to several farms, including Honey Brook Organic Farm, Blue Moon Acres and Chickadee Creek Farm (which sells its crops at the Pennington Farmer’s Market on Saturdays from mid-May to late-November). 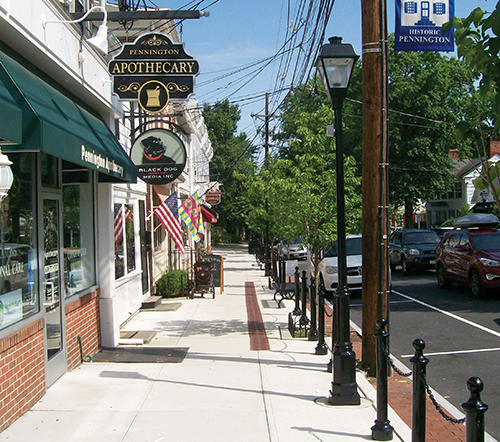 Pennington also has a few grocery and drug store chains, making life as convenient as it is bucolic. For such a small town, there’s plenty to keep families busy, too, from the gorgeous, 930-acre Stony Brook-Millstone Watershed Reserve (with 10 miles of trails, Wargo Pond and programs for families) to community-wide events, like Pennington Day.