How to Resume a Former Name At or After a Divorce 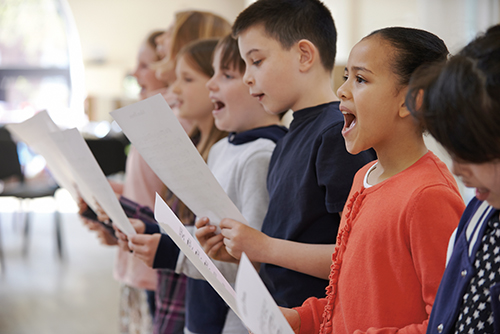 Your six to 14-year-old gets a shot at playing Daddy Warbucks in this group’s production of Annie. If he’s looking to work behind-the-scenes, sign them up for the “Creative Dramatics and Comedy Show,” where he’ll write and act out his own production.

Budding actors ages four and older play games and get introduced to acting techniques in the “Intro to Drama Class,” which culminates in a non-musical performance. There are plenty of options for the older set, too, like “Musical Theater for Kids” and “Creative Drama.”

Kids get comfortable in front of crowds in “Acting 1” (ages seven to nine) before advancing to “Acting 2” or “Acting for the Camera,” where performers complete scene work, monologues and learn the basics of on-camera mechanics (ages 10 to 14).

Young actors shine in a variety of classes, where they learn improvisational techniques, act in front of a camera and perform monologues in classes like “Acting Onstage” and “Acting Shakespeare.” Children as young as three can get their feet wet in the “Broadway Beginners 1” program, which teaches basic singing techniques and dance moves.

Weekly classes lead up to a big performance that highlights every actor (ages seven to 11) in “Creative Dramatics.” Theater games help students gain confidence while tapping into their creativity.

Learn different genres of dance in high-energy classes like “Broadway,” which teaches choreography, acting and singing all at once.

Your mini-me (grades two through four) will learn about scripts, costumes, choreography and, of course, acting in the “Sing! Dance! Act!” program. Once she’s mastered the limelight, she can audition for “The Junior Company,” geared to kids with more stage experience.

Actors ages six to eight learn the basics in “Acting Kids” through games, improv and scene work. Big kids (ages nine to 12) hone their stage presence and character development skills in the “Acting Workshop Junior” session. There are voice, musical theater and musical theater dance classes running all fall, too.

Broadway stars can hone their skills alongside accomplished musicians and dancers in classes like “Creating a Cabaret,” which focus on musical theater and modern dance for ages 14 and older.

This Essex County mainstay has tons of options, including an “Acting and Improv” course that uses games to stimulate creativity in your novice actor. Once he’s got the hang of it, try the “Musical Theatre Workshop” or “Teen Production” (ages 12 to 15), where he’ll learn staged musical numbers or work on a scripted drama.

Kids eight and older take their pick from tons of classes geared towards rising superstars. Try “Pro Arts Musical Theater” to get the nuts and bolts of auditioning, staging and designing a musical, along with a healthy dose of dance and acting instruction and voice training.

Stars-in-training ages 10 and up work on their monologues and get comfortable in front of a crowd in “Junior Shakespeare Corps,” a workshop that focuses on classic literature. Classes include “Monologue Coaching and College Auditions” and “Stage Make-Up: Just in Time for Halloween.”

Kids get their pick of drama, dance, voice and even behind-the-scenes prep classes at this studio that’s organized by skill level.

For triple-threats as young as three years old who are interested in musical theater, this studio has it all. Start her off in the “Introduction to Musical Theatre” class, where she’ll get comfortable on stage before showcasing her talents with a performance at the end of the session. Kids ages six to eight can get their feet wet in “Foundations of Musical Theater” and “Theatre and Performing.”

With auditions and performances for kids and teens every season, there are so many opportunities to take the stage at this theater.  The Kidsville group will perform A Christmas Cinderella this winter, followed by School House Rock Jr. Live! in the spring.

This school hosts musical theater and acting classes, where kids learn stagecraft and monologues. If your kid is just getting started, an intro class gives her the lowdown on all things performing arts.