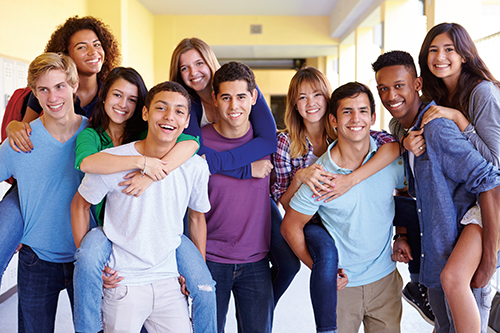 We love our public high schools in NJ—and with good reason. Built on a model of progressive funding and local control, our school districts are regularly rated among the best in the country.  School districts reflect individual town identities and are huge sources of community pride.

But how well do they prepare our kids for college and the working world? Do we expect enough from our kids in the classroom when the global economy is getting more competitive? Probably not, which may be partly because some standardized tests were too easy, scores were high and we had an inflated idea of student readiness for college and careers.

How NJ Schools Stack Up

The NJEA, the state’s largest teachers union, reminds us New Jersey is among the top five states in the nation in the percentage of public school students graduating from high school. Our graduation rate is a reassuring 89.7 percent (the national average is 81 percent). And every district in the state has successfully implemented a set of highly- regarded course requirements, officially dubbed the New Jersey Student Learning Standards. The guidelines aim to strengthen students’ critical thinking so they’re prepared for life beyond high school. NJ has also just replaced the High School Proficiency Assessment (HSPA), widely derided as a middle-school level test, with the more appropriately rigorous (and highly controversial) Partnership for Assessment of Readiness for College and Careers (PARCC) exams.

Of course, a student’s success is determined not only by school quality but also by economic resources, parental involvement, learning differences and a host of other factors, many that are out of our control. Nonetheless, high school quality matters if we want our kids to succeed (go to college, join the military or get a job) and be fully prepared for the transition to adulthood.

What About College Preparedness?

Measuring  “life after high school” proficiency is a tough task, complicated by the fact that some kids are better test-takers than others.  The newly-revamped SAT is made up of two parts—evidence-based reading and writing and math—each of which has a total value of 800 points, making the highest possible SAT score 1600.   A total score of 1,010 on the new SAT—480 on reading and writing and 530 on math—is considered to be the benchmark for college and career readiness. So let’s look at three suburban NJ high schools and see how we’re doing. Hamilton (Mercer County), Jefferson (Morris County) and Piscataway (Middlesex County) districts are all middle-class (the median family income in NJ is $71,637) and serve as good case studies of whether or not we’re adequately preparing our kids for life beyond high school.

Hamilton, a large district with a median household income of $72,735, has three high schools. Students who attend Steinert East in Hamilton have about average academic performance when compared to other NJ public high schools, according to the NJ Department of Education’s (DOE) 2014-2015 School Performance Reports. Steinert East’s graduation rate and post-secondary readiness are also about average. Forty-one percent of students passed the new tenth grade PARCC test in language arts and 29 percent passed the same test in either Algebra I or geometry. Among the 79 percent of students who took the SAT at Steinert during the 2014-2015 school year, before SAT scoring was changed to the new system, only 48 percent scored over 1550 out of a possible 2400, meaning more than half of those who graduated have stastically less than a 50 percent chance of finishing college within six years.

Over in Jefferson Township (median household income $94,375), 31 percent of students passed the new 10th grade PARCC test in language arts and 23 percent in either Algebra I or geometry. The Department of Education says this school’s academic performance is “about average when compared to its peers.” But of the 81 percent of students who took the SAT at Jefferson High, only 40 percent scored higher than 1550.

Then there’s Piscataway (median income $106,515), where high school students’ college and career readiness are higher when compared to peers, according to an internal performance report. Scores on the tenth grade PARCC test were higher than at Steinert and Jefferson: 51 percent of high school kids at Piscataway either met or exceeded expectations. In Algebra II, a more challenging course, 29 percent of students achieved proficiency. Despite this, only 38 percent of juniors and seniors scored above a 1550 on the SAT. That means the remaining 62 percent have just a 45 percent chance of graduating from college in six years.

The DOE also tracks students after high school graduation. According to its figures, 81 percent of students from Steinert and Piscataway and 77 percent from Jefferson were enrolled in college 16 months after graduation.

That may be lower than you’d expect from NJ’s highly regarded suburban schools, but the reason it’s happening is clear. Extensive research shows that the failure to complete college is due to a lack of readiness. Students who aren’t up to college-level standards have to take remedial courses once they get there, and the National Center for Public Policy and Higher Education says “the majority of students who begin in remedial courses never complete their college degrees.”

Additionally, a report released in April called “Out of Pocket: The High Cost of Inadequate High Schools and High School Student Achievement on College Affordability” found that one in four students who enter college right after high school must enroll in remedial coursework, costing families in the US $1.5 billion annually.  Forty-five percent of those students come from middle- and high-income families.

The rate of completion among four-year state colleges in New Jersey hovers at 66.5 percent, according to the NJ Association of State Colleges and Universities. It’s far less at our community colleges. At Mercer Community College, for example, the two-year graduation rate of full-time students in 2010 was only 4.9 percent and the three-year graduation rate was just 12.5 percent.

Ultimately, we’re right to be proud of our schools relative to the rest of the country. And, of course, not everyone chooses to go to college, and there are a host of variables that affect achievement. But perhaps it’s time that we look squarely at the facts and increase our expectations for our kids’ academic success. We know they’re up to the task if we raise the bar. But it’s our job to make it happen.

How does your town fare? Check your school’s ranking: https://homeroom5.doe.state.nj.us/pr/

How Much Money Does Your District Spend on Education?

What's So Bad About the PARCC Exams?