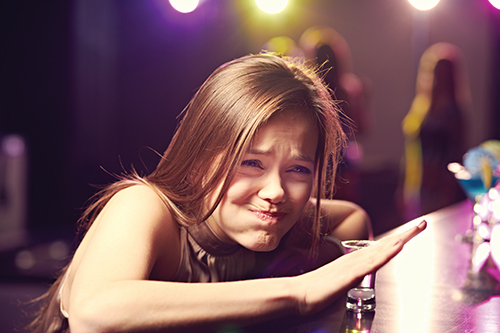 “Drunkorexia,” a cross between an eating disorder and binge drinking, is trending at a dangerous rate among college students according to a new study released by the Research Society on Alcoholism. Of the 1,184 college students surveyed, 80 percent engaged in the following behaviors to avoid alcohol-related weight gain or to get drunk faster:
•   Eating less or exercising intensely before drinking
•   Taking laxatives or purging before or after drinking
•   Purposely drinking on an empty stomach
•   Skipping a meal to offset caloric intake of alcohol

According to Dipali V. Rinker, a psychology professor at the University of Houston and the study leader, most teens know they can get intoxicated faster when there’s no food in their stomach to absorb the alcohol and slow its absorption into the bloodstream. What college students might not know is the many potential consequences, including reduced inhibitions, poor judgment and vitamin deficiencies.
Though drunkorexia isn’t a new phenomenon, the number of students participating is what’s striking about the study’s findings. The study also revealed that drunkorexic practices were just as common among men as they were in women.

The bottom line: Make sure you talk about the dangers of drinking with your kids as early as junior high and keep the conversation going through college.