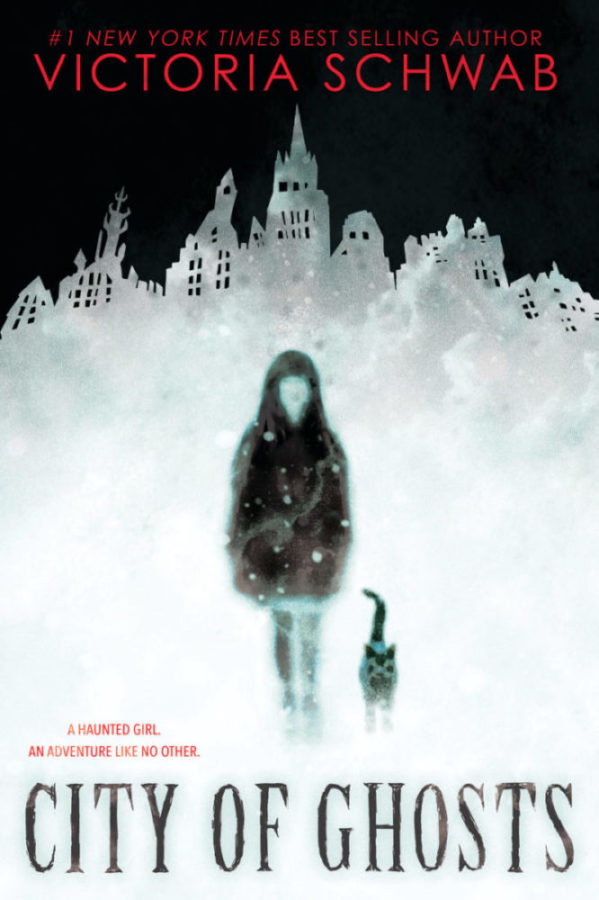 Whether you’re looking for a spooky Halloween read for your tweens (hello, Stranger Things fans), or a story they won’t be able to put down, Victoria Schwab’s City of Ghosts (Scholastic) fits the bill.

Schwab’s newest middle grade novel is a big deal for fans of the number one New York Times bestselling author. No stranger to middle grade or young adult books, she’s previously published Spirit Animals and the Everyday Angel series, along with the bestselling young adult Monsters of Verity and The Archived series. Known as V.E. Schwab when publishing adult works, her Villains and A Darker Shade of Magic series put Schwab on the map (and she recently inked a $1 million deal to pen more) and made her one of today’s most acclaimed fantasy writers. The same intricate details that made adults fall in love with her books holds true for her middle grade and young adult novels, too.

Hitting shelves on August 28, City of Ghosts follows Cassidy Blake, a 12-year-old girl with an otherworldly secret. Since a near-death experience a year prior, Cass has always had a paranormal presence by her side in the form of a young ghost, Jacob, who appeared when she was pulled out of a river and back to the side of the living.

Cass’s daily life is a struggle. She finds herself torn between two worlds: the Veil (the ghost world) and the world of the living. When her parents, paranormal writers and investigators, are offered an opportunity to film a docu-series, her family moves to Edinburgh, Scotland, where the ghostly activity is greater than anything Cass has ever experienced (the city is filled with graveyards, passageways and secret tunnels).

To readers, Cass’s ups-and-downs aren’t out of the ordinary (just the parts with ghosts). According to Schwab, “I wrote City of Ghosts for 12-year-old me. For a girl who never seemed to belong, who dreamed of doors she couldn’t find, and always felt like she was out of her depths, grappling with life and change and mystery and whimsy and death and fear.”

The novel’s heroine finds herself torn between staying in the real world and crossing into the Veil, where she can learn more about her gift. The urge to enter the Veil is a bigger burden than ever, and the mysteries of Edinburgh haven’t remained in the past. Even stranger? Cass meets another girl with the ability to cross into the Veil, which puts her relationships with her dead best friend and her family at risk.

City of Ghosts is filled with moments of earnest emotion that all middle graders can relate to: struggling to connect with parents, feeling isolated or out of place and learning when to be brave or ask for help. The protagonist's journey doesn’t just evoke feelings of relatability, Schwab’s characters and setting make for a ghoulish (but not too scary) tale. Focusing on family and friendship, this is a story both parent and kid will be into. The idea that the paranormal are constantly around us is nothing new, but Schwab’s writing will make readers believe.