A new dinosaur fossil park museum is coming to NJ and there’s a treasure trove of ancient relics there just waiting to be discovered. Expected to open in May of 2023, this new expansive space just started construction this weekend in South Jersey.

On Saturday, Rowan University broke ground on what will become a world-class destination where you can explore South Jersey’s ancient past, all with an eye toward a more sustainable future. The $73 million, 44,000-square-foot Jean & Ric Edelman Fossil Park Museum in Mantua Township is an exciting endeavor that will shed light on the dinosaur world for visitors. The museum will be set into the 65-acre Edelman Fossil Park, perched above a former marl quarry where 66-million-year-old marine and terrestrial fossils exist.

“We are building a museum like no other, on a fossil site of global importance that will connect visitors to the ancient past, to the thrill of discovery and to Rowan University,” Dr. Kenneth Lacovara, founding dean of Rowan’s School of Earth & Environment and director of the Jean & Ric Edelman Fossil Park said before the groundbreaking.

Guests will marvel at “skeletal reconstructions of creatures that existed right here, 66 million years ago.”

The Hall of Cretaceous Seas will feature recreations that will enable visitors to experience the demise of the dinosaurs. Visitors will enter land and sea galleries of the Late Cretaceous worlds and see a recreated Dryptosaurus, the first discovered tyrannosaur, which was found just a mile from the Fossil Park site in 1866, and a 53-foot mosasaur, like one discovered at the site, “that swam through the seas, right where you are sitting,” said Lacovara at the groundbreaking ceremony.

The “Discovery Forest” will feature hands-on learning stations and “Critter Cove” will have sea and land animals with genetic connections to the site during the Late Cretaceous era. There will also be a Fossil Research Workshop, a virtual reality chamber, Café, museum store, paleo-themed playground and nature trails. 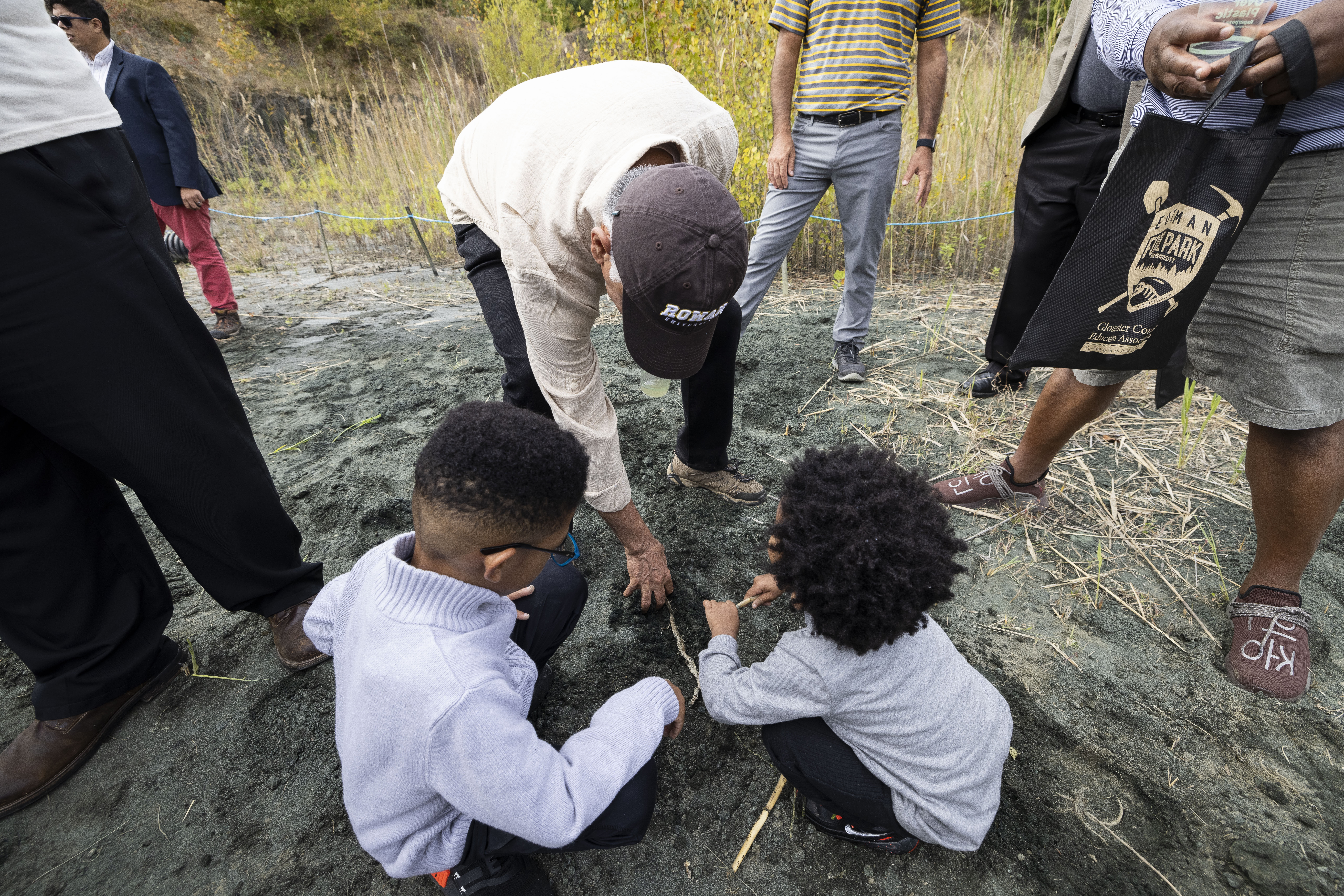 The museum will also be eco-friendly, and is set to become New Jersey’s largest public net-zero building, meaning 100% of the energy used will come from renewable on-site sources and/or green energy through New Jersey’s power grid. The surrounding grounds will restore plant and animal habitat and other landscape features making this one sustainable destination.

When completed, visitors will actually be able to dig for fossils and possible even keep some, though some important artifacts will be kept on site for further research.