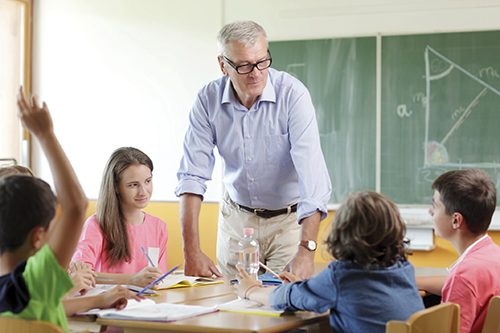 It may be balmy down the shore this summer, but it’s positively steamy over in the Trenton Statehouse. Legislators sweat over their laptops as they work up proposals for new bills, ever hopeful that their efforts will result in approval by the Assembly and the Senate. Some of these proposals for new laws are just hot air, but others in the works are substantive, especially those that relate to public education. Here are three to watch.

Bill S-1987 sponsored by Sen. Teresa Ruiz (D-Essex) would repeal the 2011 superintendent salary caps. These caps weren’t set by the Legislature, but by the Department of Education (DOE) after a flurry of negative press over some excessive salaries awarded to superintendents by local school boards. One much-touted example: Parsippany-Troy Hills Superintendent LeRoy Seitz, whom Gov. Christie deemed the “poster boy of greed,” had an annual salary of $212,000 per year, plus generous benefits.

The current caps are tied to student enrollment and mandate that salaries top out at $125K to $175K per year (plus a bonus of $2,500 for districts with high schools). The caps exclude county vocational-technical school superintendents and districts with more than 10,000 students.

Critics of the salary caps, which include NJ School Boards Association and the NJ Association of School Administrators, complain they encourage superintendent turnover, especially in North Jersey where the greener pastures of uncapped New York school systems are merely a train ride away. In addition, they create undesirable situations where the salaries of uncapped administrators—principals, supervisors, directors—approach superintendent levels.

The caps have already caused executive flight: In Princeton, Superintendent Judith Wilson, who was making $220,000 in the 3,400-student district, retired rather than accept a reduced salary of $167,500. (Don’t feel too sorry for her: She is eligible for an annual pension of $144,000.)

This past June, South Orange-Maplewood Superintendent Brian Osborne resigned rather than accept the $175,000 capped salary. Instead, he moved 38 miles away to New Rochelle, NY, where his predecessor made $279,172.

There’s much support for Sen. Ruiz’s bill, and there’s also math to back it up: According to recent calculations, the caps have saved NJ taxpayers only 1 percent of our total annual public school costs of $25 billion a year. However, the bill’s prospects are unclear. Remember, these caps were never set by lawmakers, but by the DOE, a big wrinkle in a legislative repeal process. And while Senate President Steve Sweeney is a fan of repeal, Gov. Christie isn’t and will likely make use of his veto pen. Also, the existing salary caps sunset in 2016, so some politicos counsel patience, not legislation.

Another popular bill, (in the Statehouse not in the Governor’s Office), is Assemblywoman Mila Jasey’s (D-Essex) proposal to slow down the impact of new testing on teacher evaluations. If passed by the Assembly and Senate and signed by the governor, A-3081 would authorize a two-year delay in using standardized tests to evaluate teachers.

A little background. Along with 45 other states in the country, New Jersey has signed on to the Common Core State Standards, which aspire to raise the level of student academic success through a focus on critical thinking skills instead of rote memorization.

Historically, teacher effectiveness has been measured by subjective classroomobservations, so the shift to data-based evaluations has caused much consternation among teachers, school boards, and administrators. Some parents are also alarmed by an increased emphasis on measuring student achievement through standardized tests.

The proposal to slow down the impact of PARCC is heavily backed by NJEA, and our primary teacher union has a lot of clout. But districts are already preparing for the original timeline, which mandates implementation next year, and Gov. Christie has shown little interest in delay.

Another bill that’s received much attention is Assemblyman Troy Singleton’s (D-Burlington) charter reform bill, A-3226. Just about everyone agrees that NJ’s 20 year-old law governing independent public schools is broken. But charter schools incite so much debate that efforts to improve the law are often waylaid by competing factions.

Assemblyman Singleton’s bill is an experiment in compromise. A system that grants school boards or communities the final say on charter school approval would effectively stymie all charter school growth. But taxpayers bear the financial burden of charter school costs, so it’s not unreasonable to incorporate their views into evaluation criteria. The bill proposes that 30 percent of a charter school’s score would be based on the vote of the local school board. Singleton says, “I saw this as a middle ground.”

This bill’s prospects are unclear. There’s no companion bill in the Senate, although Ruiz is reportedly working on one. And previous Statehouse attempts at charter school reform have fallen to political interests, producing lots of heat but little progress. Maybe we’re better off down the shore.

Gov. Christie did issue an executive order last night that renders Senate Bill 2154 moot, at least for non-die-hard–anti-VAM-lobbyists. Teacher evaluations will still reflect student growth as reflected on PARCC tests beginning next year – not the “two-year delay in using the results of new standardized tests to evaluate New Jersey public school teachers” that Braun posited.  But the percentage of infusion of data will be reduced from the original 30% this year to 10%. The following year that 10% will jump to 20% and then, presumably, back to 30%. This applies, of course, only to 3d-8th grade language arts and math teachers.

Teachers in other subjects, as well as other personnel, were to have 15% of their SGO’s (Student Growth Objectives) reflect test scores. There will be a small uptick to 20%.

Also, Christie will appoint a study commission to evaluate the implementation and success of the initiative. (Question: can the commission use data or is all evaluation to be subjective?) NJEA members have been promised seats.