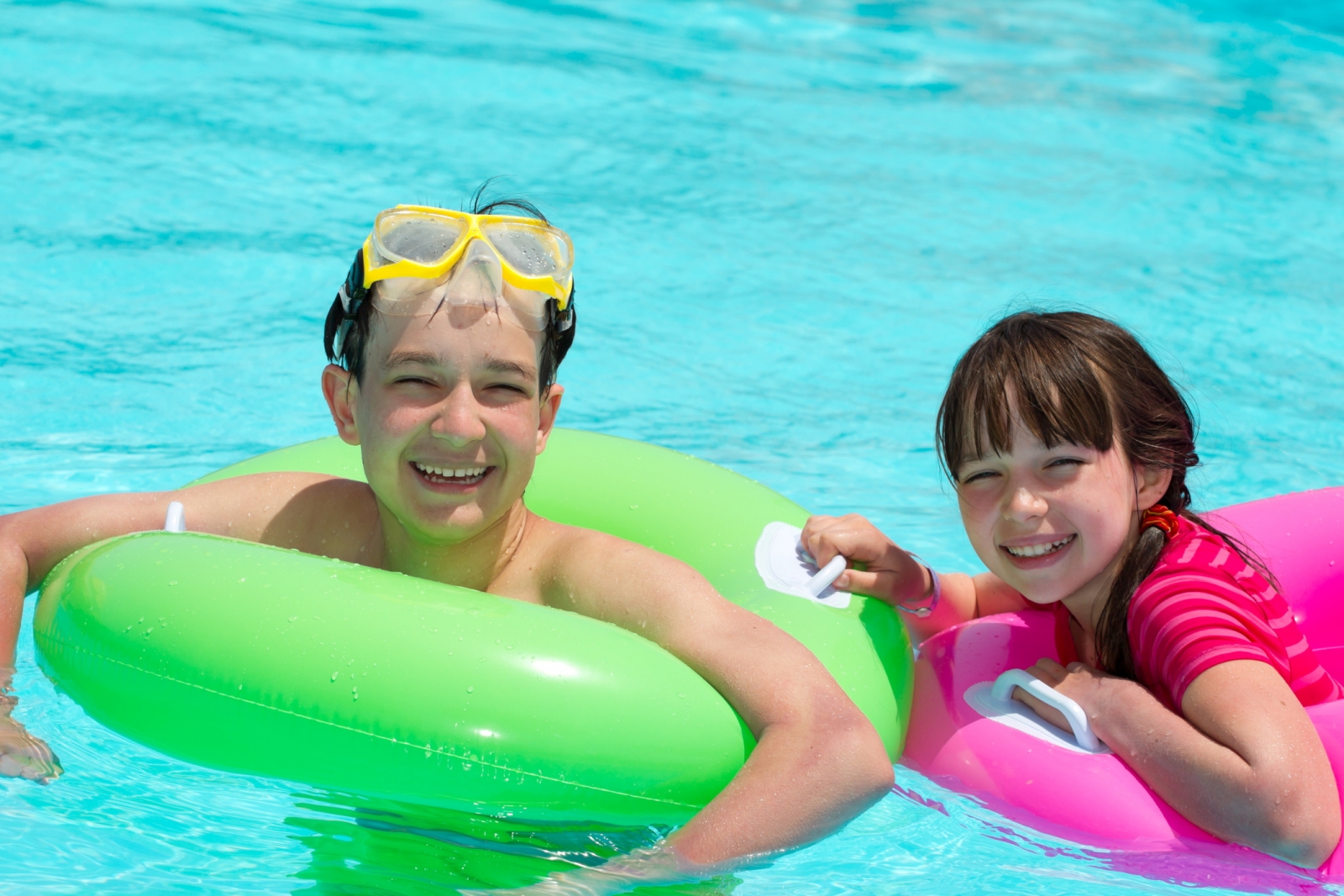 For many kids summer means spending hours in the swimming pool. Here are 11 fun ideas for games you can play with two or more people. Thanks to everyone who contributed their favorites on New Jersey Family's Facebook page.

This old classic is a great way for an older and younger kid to spend some time together. The older child (the dolphin) gives the younger child a ride in the pool. (Careful, though, the older one giving the rides might tire out.)

2. Fish Out of Water

Similar to Marco Polo, in this game one person is "It" searching for players who get out of the pool. The catch? "It" needs to have his/her eyes closed except for when under water. When "It" catches someone out of the water, they shout "Fish Out of Water!" and if correct, the out-of-water fish becomes the next "It."

Just like the version on dry land, kids take turn leading others in fun walking, dancing, and swimming moves until everyone has had a turn.

Same rules as on the ground, except to unfreeze a person you need to swim under their legs instead of just providing the usual tag of freedom.

Take turns doing handstands, somersaults, back flips, and back bends. Assign an odd number of players as judges, so there won't be a tie.

Pass the ball from person to person, keeping it away from "It." When a player has the ball, "It" can tag him and he becomes the next "It." If the "It" player intercepts the ball, the person who threw the ball becomes "It."

This may be the most well-known of all pool games. One player is "It" and closes her eyes and tries to tag the other players. In order to find them, "It" yells "Marco" and the other players holler back "Polo." First player tagged becomes the next "It."

Take a pile of pennies and toss them into the pool. Make it extra tricky by covering some of the pennies in white-out.

This game has many variations, but in general, one player is the "Shark" while the others are the "Minnows." The minnows must swim from one side of the pool to the other without getting caught by the shark. When a minnow is caught, he becomes a shark. The last surviving minnow is the opening shark in the next round.

Ready, set, go! Hold your breathe, plunge underwater, and see who can swim the farthest before coming up for air.

Don't forget to always swim safely and practice water safety in and around pools! All games require adult supervision and may not be suitable for all ages and swimming abilities.