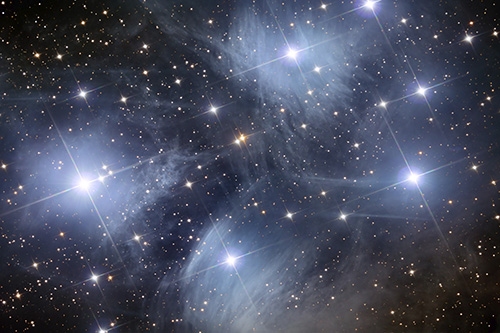 Four hundred years ago, the Italian astronomer, mathematician, and physicist Galileo first used a simple telescope to study the skies. In 2009, we celebrated the International Year of Astronomy to commemorate that important anniversary of scientific history.

While the Hayden Planetarium at the American Museum of Natural History in New York City is always a superb option in your personal quest to reach for the skies, New Jersey also has some top-notch planetariums and observatories of its own.

“There has been a lot of mention recently in the media about the sorry state of science education in the United States,” says Kevin Conod, astronomer and planetarium manager at the Newark Museum’s Dreyfuss Planetarium. “Astronomy is a great way to get kids interested in science, since it is so interdisciplinary. In our programs, we cover earth science, life science, astronomy, physics, and mythology.”

The Dreyfuss Planetarium was built in 1953 and was the first of its kind in the state. Since then, approximately 1.5 million people have visited its 50-seat star theater, which boasts a Zeiss ZKP3 star projector, capable of projecting up to 7,000 stars.

“We can travel through our solar system more realistically,” says Jerry Vinski, director of The Planetarium. “We can recreate what Galileo saw.”

Another facility offering cutting-edge technology is the Planetarium at the New Jersey State Museum in Trenton. The 150-seat facility with reclining seats features a Full Dome Video with the visual ability to soar into space to view other planets and Earth itself.

In addition, amateur astronomy clubs at facilities such as the Sperry Observatory at Union County College and the Robert A. Schommer Astronomical Observatory at Rutgers offer their time and telescopes to the general public, taking visitors on tours of the nighttime sky.

The sky is chock full of bright stars, says Newark Museum’s Conod. Not to mention planets, galaxies, nebulae, constellations, and much more. Which makes any clear night a perfect time for stargazing.

Many observatories don’t open if it’s raining or cloudy, so call ahead if the weather is questionable. (Note: please call ahead to confirm all information such as times and dates.)

Mary Ann McGann is freelance writer from New Jersey. She has two children.