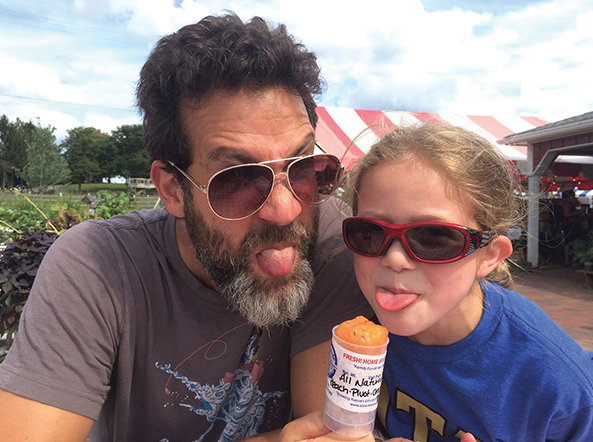 Dealing with a picky eater is frustrating, depressing and stressful. You worry your child isn’t getting all the nutrients she needs, because how many nutrients can there possibly be in tube yogurt? You can’t go a diner – let alone a nice restaurant – without having to pack a back-up meal. You try not to compare your child to other children (except to note how much cuter yours is) but you can’t help but feel occasional pangs of jealousy when you see other kids eating without any issues. You imagine they have all been raised in the French Method, and eat escargot and broccolini every night. But the struggle is real and you are not alone. You are not the only parent who buys string cheese in bulk and who would seriously consider transferring his child if her school became nut-free because peanut butter is on her extremely short-list of (arguably) nutritious foods.  Will it get better before high school? Possibly. But before then, here are the stages parents of picky eaters can expect to go through.

Denial. At first you might not believe your child is a picky eater. It is common for parents in this stage to make myriad excuses. She’s not that hungry. She hasn’t been offered the right food yet. It’s just a phase. Wrong. Wrong. Probably right, but it is a LOOOOOOOOONG phase that might not end until her sophomore year in college when she realizes that Thai food is actually really tasty, calls you up to tell you and you wish corded phones were still a thing so you could hang yourself with one.

Guilt. Parents often blame themselves for their children’s eating habits. You think that if you had introduced solid foods earlier, maybe she wouldn’t be so picky now. Or maybe if you were stricter about her trying everything at a young age, she would have developed a more mature palette. Or maybe you put too much emphasis on food and made it a stressful point. This stage can take time to work through, but you will realize that it is not your fault. 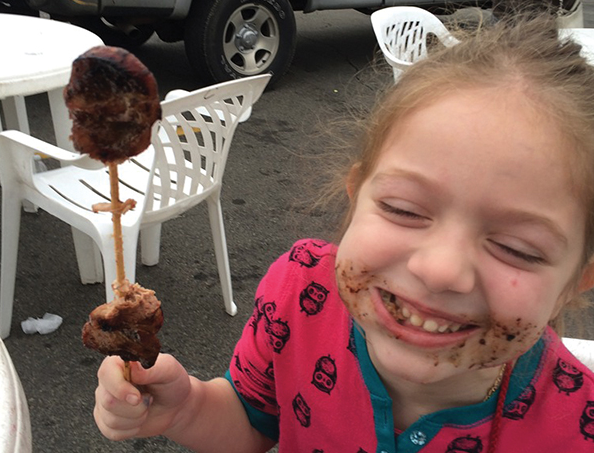 Bargaining. You will make deals with your child to entice her to eat something, anything. She can have ice cream, candy, new toys. If she has a bite of the nugget, you’ll let her drive the car around the block. Anything!

More Guilt. You will not believe the deals you’re willing to make for your child to eat something that isn’t even healthy. You are the worst!

More Bargaining. You will deal with God, the devil or whatever power you believe in. If you’re an atheist, you promise them all that you will believe if your kid will just eat something that isn’t dairy-based. How many yogurts and string cheeses can she eat before developing lactose intolerance?

Panic. Oh. My. God. What if she becomes lactose intolerant? She’ll starve!

More Anger. You will be exhausted and frustrated and blame your significant other. She’s a pain in the ass when it comes to food, too. Maybe if her mother had taught her to eat properly, your child wouldn’t be so picky.

Regret. You shouldn’t have said that.

Acceptance. You will come to the realization that, at some point, your child will eat more things. You will be patient with her and continue to offer new food choices.

Dave Lesser is a former attorney in who much prefers his job as a stay-at-home dad to two hilarious and adorable children. His amazing wife fully supports his love of obstacle course, road and trail races. He ran his first full marathon over a year ago and still won't shut up about it. When his kids remember to do something hilarious and adorable, he blogs about it at www.amateuridiotprofessionaldad.com. Follow the Jersey City dad on Twitter @AmateurIdiot, Instagram @Professional_Dad, and, of course, on Facebook.

More Like This:
9 Things Stay at Home Dad's Wish You'd Realize
I'm Going to Keep Calling My Daughter Bossy
How to Have a Happy School Drop Off and Pickup in 10 Easy Steps