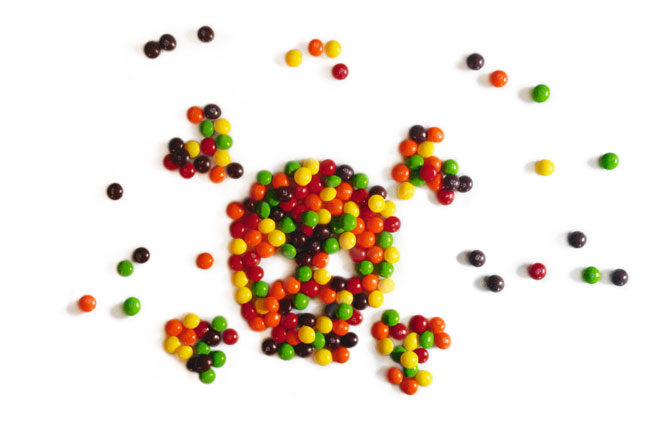 Obesity is the fastest-growing cause of death and disease in this country. The crisis transcends all age groups, extending to even the youngest members of the population with a whopping 17 percent of American children and adolescents between 2-19 years of age now considered obese.

Perhaps even more alarming is the fact rates of severe childhood obesity have tripled in the past 25 years. Today, 5 percent of US children and teens have a body mass index (BMI) that is at least 20 percent higher than the 95th percentile for their sex and age, placing them in the category of extreme obesity.

“The cause of severe obesity is multifaceted and includes environmental, psychological, financial, and emotional factors. In some cases, genetics may also contribute to the obesity,” says pediatric gastroenterologist, Karen Leibowitz, MD, assistant professor of pediatrics at Rutgers Robert Wood Johnson Medical School.

Easy access to cheap, high-calorie foods has contributed to the problem, especially in families where finances are tight. Lifestyle factors such as too much screen time and a lack of physical activity are also to blame.

Parents of obese children have come under scrutiny, and some have even lost custody or faced criminal child-neglect charges. Leibowitz admits parents have a significant role when it comes to childhood obesity: “When one or both parents are obese, they are more likely to have obese kids. There may be a lack of role modeling, too few family meals, financial constraints, stress, or a lack of positive support.”

Some parents may even be too involved. “When parents are overly controlling with food, it makes kids feel worse,” says Leibowitz. “If children aren’t supported in a positive way, it can lead them to start sneaking food.”

When researchers at the University of California, San Diego looked at health-related quality of life scores for obese children and teens, they discovered the scores were comparable to that of young cancer patients.

The obese children in the study reportedly missed four times more school than their healthy peers, and they were five times more likely to have physical impairment. Thirteen percent of obese study participants suffered from anxiety, depression, or other psychiatric problems.

Treatment for the Severely Obese

The good news is many of the negative health effects of obesity are reversible with weight loss, but since changing bad habits is difficult, prevention is the best solution. Introducing healthful eating and daily physical activity at an early age helps children keep weight within a healthy range.

Treatment options for profoundly obese children and adolescents are limited. “There is no one way to treat severe pediatric obesity and unfortunately, most pediatricians are just not well-trained to deal with it,” says Leibowitz. The wrong approach, she points out, can do more harm than good and can prevent patients from returning for care.

With obesity rates continuing to rise, bariatric surgery for children and teens is becoming more common, but opponents argue there is not sufficient evidence to determine whether the benefits of such a procedure outweigh the risks. In addition, there is a moral issue, since obese minors are unable to provide consent.

“From my standpoint, bariatric surgery in kids needs to be part of a multidisciplinary program,” Leibowitz says. “There is a huge psychological component that has to be addressed or there can be life-threatening challenges.”

She believes even children who fall within the guidelines for bariatric surgery should be required to enroll in a six-month program designed to address their specific psychological, medical, and nutritional counseling needs.

The Centers for Disease Control and Prevention (CDC) reports, in 2010, more than 17 percent of New Jersey children aged 2–5 years met or exceeded the 95th percentile BMI-for-age, qualifying them as obese. The 17.9 percent obesity rate among low-income toddlers places the state at number two in the nation.

Over 10 percent of New Jersey adolescents were listed as obese.

As medical director of the Healthy Me: Pediatric Lifestyle Changes Program at Robert Wood Johnson Medical School, Leibowitz reports 68 percent of the 76 children enrolled in the program are considered severely obese with BMIs exceeding the 99th percentile. She believes the best way to enact change in children and suffering from extreme obesity is to empower them to gain control of their own lives.

“We try to build self esteem with positive thinking and encourage parents to play a supporting role. At Healthy Me, the patients set their own goals and make changes through baby steps over time. No one is telling them what to do.”

Developing healthful eating habits takes time, and it’s not easy. Rather than dramatically overhauling your family’s diet and exercise routine, start small with these changes:

> Never snack or eat while watching TV.
> Eat breakfast daily.
> Switch from soda to water.
> Enjoy family meals together at least four times a week.
> Pack lunches as often as possible.
> Opt for 1% or skim milk instead of whole.
> Eat 5 servings of fruits and veggies daily.
> Trim all fat from meat.
> Remove the skin from poultry.
> Skip super sizes.
> Stretch meals to 20 minutes.
> Strive for 60 minutes of exercise, five days a week.
> Use a pedometer to monitor daily steps.
> Limit screen time to a maximum of two hours daily.
> For more tips, visit www.bmsch.org/medical_services/healthy-me.html.