Who doesn’t love the thrill of a live performance every now and again? Here are our readers’ picks for their favorite venues that have family-friendly shows this summer.

This not-for-profit theater strives to make the live performing arts accessible to everyone. Choose from a wide selection of shows this summer, including a fully staged production of the musical CATS (Aug. 1–3).

Located in the Meadowlands Sports Complex, the IZOD Center is one of the Garden State’s leading concert and family show venues. Be sure to check out its summer schedule, which features productions like Marvel Universe Live! (July 31–Aug. 10).

Not only is NJPAC one of the Garden State’s most spectacular live venues, but it is one of the nation’s largest, as well. Head on over all summer long for great family performances like Nickelodeon’s The Fresh Beat Band (Aug. 29).

Home to the NHL’s New Jersey Devils, this multi-purpose indoor arena hosts about 200 events annually. Don’t miss out on its 2014 summer line-up, which includes shows like Walking With Dinosaurs (July 23–27) and Cirque du Soleil Varekai (Aug. 27–31).

SOPAC’s intimate performance hall showcases singer-songwriters, blues, jazz, comedy, theatre, dance, and much more. This summer, the center will host a variety of free concerts and movies in Meadowland Park, featuring artists like John Lee and Friends (July 23) and films like E.T. the Extra-Terrestrial (Aug. 13).

Home to a student company, modern dance ensemble, symphonic band, and 12 community and semi-professional theater companies, the Kelsey Theatre is housed on MCCC’s campus. Catch shows like Meet Me in St. Louis (July 18–27) throughout the summer.

This regional performing arts center is currently celebrating its 25th anniversary. Be a part of this landmark year by getting tickets for one of many concerts, dance performances, or film screenings of favorite flicks, like Frozen (July 15) and The LEGO Movie (July 22). 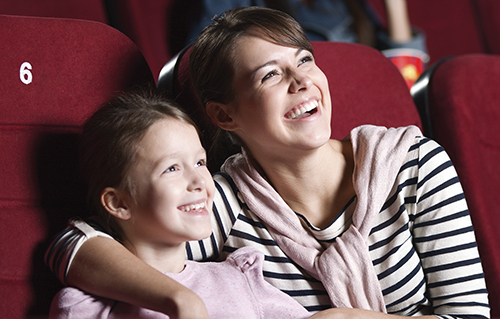 Listed on the National Register of Historic Places, the Count Basie was first opened in 1926, and later renamed for jazz musician and Red Bank native William “Count” Basie. Catch shows like Grease (July 11–20) this summer.

Since its founding in 1922, The Strand has been a staple of the Jersey Shore, offering live theater, comedy, dance, and concerts. Be sure to catch this summer’s production of Willy Wonka (Aug. 8–10).

Operating as an extension of the Morris Museum, the Bickford Theatre is dedicated to providing adults and children with performing and visual arts. Check out Lasermania (July 9), Aladdin (July 23), and Annie Sing-Along (Aug. 13).

In its over 75 years, MAYO PAC has transformed from a modest movie house into Morristown’s cultural center. Get your tickets now for summer shows like Rock of the 80s (Aug. 7), or stop by for the center’s free concert series, the 5th Annual Music Beyond Borders (July 8, 22, and Aug. 5).

Ocean County’s oldest professional theater company is home to many show biz professionals and students. Head down the shore for Beauty and the Beast, Jr. (July 10–Aug. 31), Fiddler on the Roof (July 9–27), and the Surflight Theatre’s Show Place Ice Cream Parlour, featuring a cast of musical servers.