When most people think about straightening their teeth, they almost automatically envision a mouth full of metal braces and wires. Some kids nowadays actually want braces—they’re excited to have the chance to decorate them with different-colored rubber bands. Once they reach high-school age, however, most youth become more interested in looking their best, so metal braces are out of the question. The same goes for adults. They want to straighten their teeth and look good while doing so. Consequently, many adults suffer from crooked teeth and other dental issues, but they feel like they just have to live with their problems because they don’t want to walk around with a mouth full of metal.

Invisalign consists of a series of clear, removable, nearly invisible plastic trays called aligners. They look similar to the whitening trays that many people use. The aligners are designed and manufactured using computerized, digital technology. A typical Invisalign treatment may consist of 30 to 40 aligners, all of which are manufactured upfront. Each aligner is worn 22 hours a day. Since they are removable, they are taken out for eating and brushing and flossing. Each aligner moves the teeth just a little, and every week, you switch to a new aligner. Together, the series of aligners will eventually straighten the teeth.

What are the advantages of Invisalign?

Who is a Good Candidate for Invisalign?
Since there are some limitations with Invisalign, not everyone is a candidate for the treatment. But there are a significant number of people where Invisalign is a much better option than braces.

Invisalign may be a good option for patients that know they have a very special, one-time event coming up while they are undergoing orthodontic treatment. It may be an event for which they want nice teeth—a wedding, prom, senior photos, bar mitzvah, or reunion—but they don’t want to be wearing braces when the photos or videos are taken. Although it’s not encouraged, the aligners can be removed during the few hours of the event, with no long-term consequences.

Athletes participating in activities that may involve physical contact are also good candidates for Invisalign. Braces on the teeth pose a risk for injury if the wearer gets hit in the lips or cheeks. With Invisalign, there is less chance of oral trauma to the lips. The most common example that I see in my practice are youth on high school wrestling teams.

When is Invisalign Not an Option?
Unfortunately, there are many patients who, after a comprehensive examination, are disappointed to hear that they are not a good candidate for Invisalign treatment. Let’s review some of those situations.

A bad bite.
Sometimes patients present with a bite where their upper and lower teeth don’t line up well when they come together. They have a bad bite. Usually, the underlying cause is a skeletal problem, meaning that their jawbones are different sizes and they don’t match up well. In these cases, braces in conjunction with another appliance would be a better option over Invisalign. In some patients where the upper jaw is too narrow, an expander appliance is needed to widen the upper jaw—currently, Invisalign cannot widen the upper jaw.

Impacted teeth. Sometimes an adult tooth doesn’t grow in on its own, but rather gets stuck in the bone of the mouth. Often, it’s off center from where it’s supposed to be. This is called an impacted tooth. Impacted teeth definitely require the use of braces; they cannot be treated with Invisalign. These cases tend to take a lot of time and are a lot of work, even with braces. The movements that need to be done cannot be done with removable aligners.

Severe crowding. In cases where there is severe crowding, teeth may need to be removed to create enough space to straighten out the remaining teeth. In cases that require teeth to be removed, sometimes Invisalign treatment is possible, but most of the time it simply can’t do the job. These cases especially rely on the experience and recommendations of the orthodontist because usually a significant amount of movement is needed to align the remaining teeth.

With these cases, a quality end result includes having the roots of the teeth in the proper position parallel to one another. Invisalign does not move the roots of teeth very effectively. The position of the roots at the beginning of treatment compared to where they need to be at the end of treatment determines whether Invisalign is even an option.

Is Invisalign Really a Good Idea for Teens?
I remember the first time I heard Invisalign was coming out with a product for teenagers. I thought to myself, “What a horrible idea. Imagine giving teenagers an orthodontic appliance they can easily remove. Teenagers won’t be responsible enough to use Invisalign, or they may even lose it.” Man, was I ever wrong. I’d like to tell my teenage patients, my friends, I’m sorry— because teenagers are better Invisalign patients than adults.

Certainly, obtaining an amazing smile can boost their self-confidence. But sometimes the road to get there can be long and treacherous—especially with the metal-mouth appearance that comes with traditional braces. Adding a pair of glasses to that metal mouth can be a double whammy that’s hard to overcome. To alleviate the problem, parents often look into replacing their child’s glasses with contact lenses. Now, there’s an option to replace metal braces as well—Invisalign Teen.

One of the nice plusses of Invisalign Teen is that the maker, Align Technology, will replace six aligners at no additional cost. So, if a teen loses an aligner (up to six), no additional expenses are incurred. After treating over 1,200 patients with Invisalign, half of which were teens, I’m proud to say that has not happened to date—no one has misplaced six aligners.

Another benefit of Invisalign Teen is that it allows treatment to start when there are still a couple of baby teeth present. The system includes what are known as “eruption tabs,” which allow for the rest of the adult teeth to grow in.

How much does Invisalign cost?
The cost of Invisalign depends on how complicated your treatment is. The simplest cases that last only a few months can cost as low as $4,200. Traditional cases that last a year to eighteen months or more, and are treated by an orthodontist, cost as much as $5,000 to $6,000. Of course, there is some geographic variability. For instance, in New York City, treatment can cost as much as $12,000. Remember when comparing costs: It’s not apples to apples because it does matter who is doing your Invisalign.

Read More: What Every Parent Should Know Before Visiting the Orthodontist 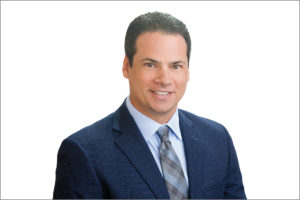 Dr. David Caggiano is a nationally well-known orthodontist who is proud to practice in the Parsippany area and serve the community close to where he grew up.  Raised in Fairfield, and son of an engineer, he attended NJIT, where he graduated top of his class with a Master’s of Science degree in biomedical engineering.

A 2001 graduate of the University of Medicine and Dentistry of New Jersey (now Rutgers University), Dr. Caggiano practiced as a general dentist for seven years before becoming an orthodontist.  Combining his background in biomedical engineering with his extensive training and experience in general dentistry, Dr. Caggiano can create innovative and exciting approaches to solve even the toughest orthodontic situation, in a manner that is as efficient as possible.

Because of this unique training, passion, and experience, other dentists voted him as a top Orthodontist every year since 2009 (as published in NJ Monthly).  Moms appreciate his comforting chairside manner and acknowledge his dedication to customer service by perennially voting him a top doc in New Jersey Family Magazine.  Other prestigious awards include Orthodontic Products Best of 2011 & 2012 (a national recognition), Best of Morris County, NJ Top Docs, and Consumer Research Council’s America’s Top Orthodontists.

Dr. Caggiano is the author of “A Parent’s Guide to Understanding Orthodontics: How to Confidently Choose the Best Orthodontist for Your Family,” “Perfectly Clear: Everything You Need to Know About Invisalign” and is currently working on his third book, “The Art of Orthodontics: A Consumers Handbook to the Most Common Orthodontic Questions.”