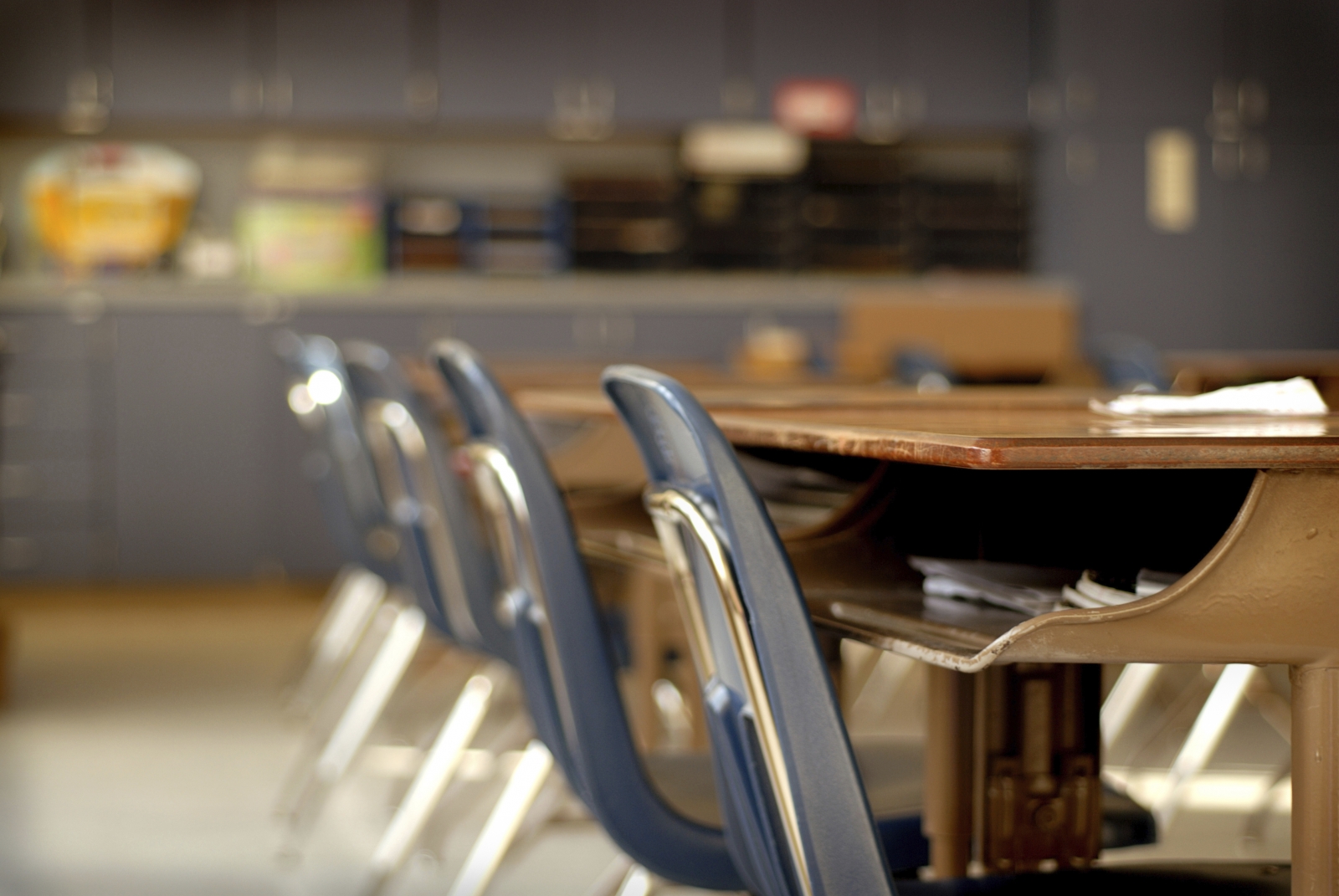 In the years following the tragic December 15, 2012 shooting at Sandy Hook Elementary School in Newtown, Connecticut, killing 26 people (24 of them children), there have been 104 additional school shootings in 34 states—53 percent of them at K–12 schools, 47 percent at colleges or universities. These events are incredibly difficult to talk about and terrifying to think about—especially for kids. Family discussions play a crucial role in giving kids context and helping to allay fears. We talked to behavioral and bereavement experts for advice on exactly what to say when.

National Association of School Psychologists leader Dr. John Kelly recommends parents of young children (ages 4 to 9) not bring up the event at all unless they notice changes in their kid’s behavior (unusual sleep patterns and appetite, or acting more clingy) or the kids ask. “If he’s capable of communicating about something that’s important to him, you should have the conversation,” adds Dr. David Schonfeld, director of the National Center for School Crisis and Bereavement. “It’s a good idea to talk with them so they can understand it, place it in the proper perspective and have an opportunity to ask questions, mention what’s concerning and cope.”

The best way to start a dialogue with an older kid (ages 10 to 18) is to approach the topic with a question, says Schonfeld. Saying something like, “Did you hear about the shooting?” or “Did they talk about the shooting in school?” opens up the door to the conversation and, depending on the child’s reaction and understanding of what occurred, the parent can decide how to proceed.

What to say and how to say it

Ask your child what they know about what happened and what their thoughts are. Then, cover the basic facts (and clarify any misconceptions) without going into great detail—saying, “There was a person with a gun who went into a school and shot a gun and hurt or killed some people,” is enough. Extraneous details (like  how many times someone was shot) are not relevant, says Schonfeld. “They just help you feel more like you were there, which isn’t the goal.”

More important than the facts, however, are the feelings associated with finding out this kind of information, says Kelly, and you’ll want to touch on these two things:

1. Coping
Kids, especially at younger ages, may see a conversation about school shootings as an opportunity to talk about the sadness they experience in their own lives, such as coping with a friend who’s sick or a relative who’s died. “If we want our children to be able to deal with distressing situations, we need to model coping strategies, and we can’t do that if no one admits to having distress,” says Schonfeld. So, in addition to making sure you’ve enabled your child to talk about how they feel, you’ll want to share how you’re feeling and how you’re coping.

2. Safety
After a school shooting, the one question kids of all ages will have is, “Am I safe?” Stress the fact that, despite recent events, schools are still the safest place for kids in America, says Kelly. The Centers for Disease Control and Prevention reports school-associated violent deaths only account for 1 to 2 percent of all youth (ages 5 to 18) homicides, and American Association of School Administrators’ research states that schools are the safest place for children (not to mention incidents of violent crime in schools have dropped more than 20 percent in the last decade). But don’t say, “You shouldn’t be worried”—“To kids, this is dismissive and means, ‘I’m worried, but my parent is not able to help me and I can’t express how I’m feeling,’” says Schonfeld.

Kelly suggest parents help instill a sense of safety by talking to kids about how they can take personal responsibility for creating a safe school environment and encouraging them to be upstanders, not bystanders. Ask your child:

·   “What are some of the things that might lead a person to hurt someone else?”
·   “What types of things do you see happening at school?”
·   “If you saw someone being bullied or isolated, what might you do to help?”

Depending on the circumstances surrounding the shooting (the amount of news coverage, the proximity to where you live and your child’s reaction, for example), there is a possibility that you won’t be able to discuss everything in one sitting. But “if you have the conversation and they’re informed, to sit down and say, ‘Let’s talk about it again,’ wouldn’t be constructive,” says Schonfeld.

Whether or not the conversation is ongoing, parents should pay very close attention to the entire household’s consumption of media focusing on the shooting.  “For kids and adults, repeated coverage of these tragic events can actually lead to trauma,” adds Kelly, since the reporting is typically layered with emotion. “You may not think children are watching, but if you’re watching, listening or talking, they are overhearing it,” says Schonfeld. And recognize that it’s not just television media coverage—it’s magazines, newspapers, radio and social media, too.

Note: These guidelines are based on the development and coping strategies of average 4 to 18 year olds. Before talking to your child about school shootings, please take his unique personality, emotional vulnerabilities (such as anxiety or depression, which may make him more distressed) or disabilities (such as learning disabilities, which may make it more difficult for him to process exactly what happened) into consideration.

More Like This:
Visiting the September 11 Memorial Museum
Talking to Kids About Cancer