Mandatory lockdowns and other limitations of daily life due to COVID-19 have challenged the balance of many marriages and domestic partnerships, and in many instances, domestic violence has increased. Cooped up in tight quarters, the uncertainty of the future, job insecurity and financial hardships have all created tension and in some cases, abuse. In relationships that already had a history of domestic violence, the pandemic has exacerbated the problem and victims are feeling further trapped and isolated. Mounting data points to a significant increase in reports of domestic violence as people have been forced to stay in their homes for extended periods of time, while even more abuse goes unreported, according to the New York Times.

How Domestic Violence is Defined in New Jersey
New Jersey has a statute called the Prevention of Domestic Violence Act (PDVA).  According to the PDVA of 1991, domestic violence is defined as the occurrence of one or more of the following 19 criminal offenses upon a person: homicide, assault, terroristic threats, kidnapping, criminal restraint, false imprisonment, sexual assault, criminal sexual contact, lewdness, criminal mischief, burglary, criminal trespass, harassment, stalking, criminal coercion, robbery, contempt of a domestic violence order, any crime involving risk of death or serious bodily injury, or cyber harassment.

An All Too Common Reality
In the United States, more than 12 million women and men are victims of intimate partner violence in the course of one year, according to the National Domestic Violence Hotline.  Studies show that violence occurs at least once in two-thirds of all marriages, and approximately 95 percent of the victims of domestic violence are women. Roughly 40 percent of all physically abused children have also witnessed physical violence between their parents. Unfortunately, children who are abused or witness abuse tend to grow up to either be abusive themselves or become victims in violent relationships, perpetuating the cycle.

Finding Support
The stakes for victims, and their children, are high. A victim of domestic violence should call 911 immediately. Once safe, a victim should call the New Jersey Domestic Violence Hotline for confidential help, information and services including housing, crisis intervention and legal service referrals.

Understanding Restraining Orders
In New Jersey, a domestic violence complaint is filed in family court or in municipal court. These complaints are processed as quickly as possible so that the judge can determine whether the allegations fall within the PDVA guidelines. The judge can issue a Temporary Restraining Order (TRO), which usually lasts a short period of time so it’s important to work with an attorney to find  more permanent protection. Final restraining orders, or FROs, are a more detailed and often permanent replacement of TROs. A judge may choose to order a FRO at a final hearing, which is typically scheduled within 10 days after a TRO is ordered.

Final Restraining Orders
FROs require a hearing in front of a judge. The process may be lengthy and complicated, and the victim must testify and present evidence of the alleged offense. The evidence may include police or medical reports, as well as witnesses to support their case. However, the defendant may also do the same in an effort to prove that there was no domestic violence, and therefore no need for a FRO. The judge will decide, after hearing all the evidence, whether to issue the FRO.

There can be severe consequences of a FRO. Once entered, the defendant may have to forfeit professional licenses, have security clearances revoked, be prohibited from teaching or coaching sports teams, and be forever barred from owning or carrying a weapon.

The Civil Restraint
An alternative to a FRO is a civil restraint, which is binding but does not require a trial and does not have the other negative consequences of a FRO. This can be a valid option for someone who may be financially dependent upon their abuser for child support and does not want to limit the abuser’s ability to work. The specific terms are negotiated through attorneys and typically include the following provisions:

Domestic violence is a terrifying reality for many people. If you, or someone you know, is a victim of domestic violence remember that there are laws in place to protect you, and services available to help you. If you’re married to or share children with your abuser, it’s very important that you consult with an attorney who can help you through the process to better protect yourself while terminating your relationship. 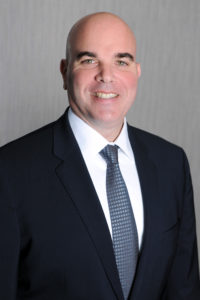 Evan R. Weinstein is a Partner at Weinstein Family Law, a professional corporation located in Short Hills, New Jersey. His practice is devoted exclusively to family law and related matters.  In addition to representing parties in contested matters, Mr. Weinstein is also available for private mediations.  Mr. Weinstein has written for various local and national publications and has lectured on a variety of family law issues.  You can reach him at eweinstein@familylawnj.com or 973-403-6000.