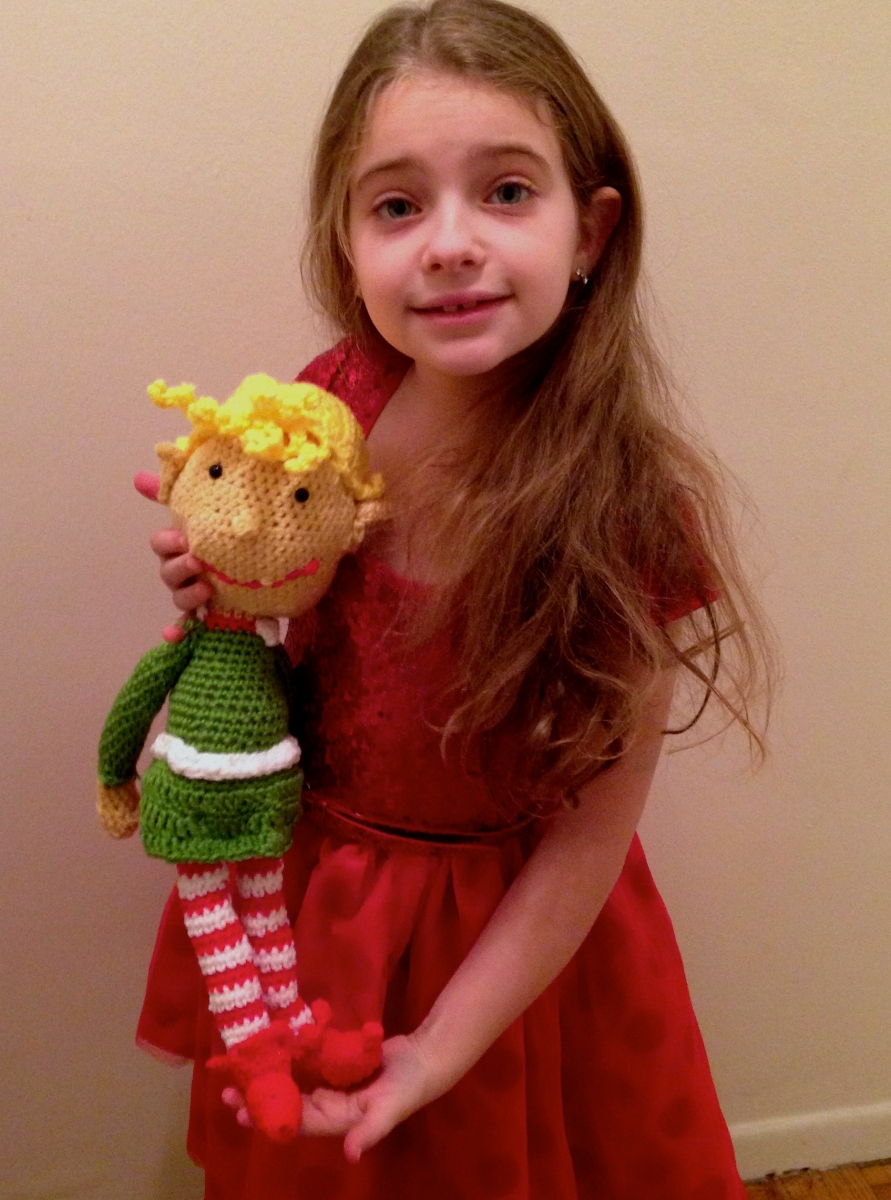 I usually avoid lying, mostly because I’m just terrible at it. I make the worst poker player because I have too many tells. Obviously, this goes for my relationship with my daughter, too — I try and keep it open and honest. I want her to trust me. That said, I’ve told at least 15 lies this month… and the real number is likely higher than that. The reason? Christmas.

My kid is almost 9, and until about two months ago she seriously believed she had the power to “talk” to our car to get the door to open. When she saw me reaching into my pocket to hit the keyfob I was carefully hiding, she started to question her magical powers with the car. This made me painfully aware that this is likely the last Christmas where she’ll really believe in Santa. I may get lucky and get another year or two, but the writing is on the wall and St. Nick’s days are numbered.

This realization is what has launched me into my new life as a liar. Because this year, I’m determined to make this the most magical Christmas she’s ever had.

There’s the general Santa myth I’ve been perpetuating of course, we all do that, but when she questioned the validity of the Santas at the mall, I explained that Santa simply hired people to dress like him and collect wish lists. And that occasionally Santa himself snuck in and met the kids at various places, so ‘you never know!’. This lie just rolled off my tongue.

How can the elves possibly make things like TVs and video games? Well, Santa simply buys those from the retailers with the magical money he grows at the North Pole. Lie.

Will Santa know that she’s going to be in Maine for Christmas? Naturally, I have Santa’s email available to me and I’ll make sure he updates his GPS accordingly. Lie.

Ok, maybe even these were all fine. And then I lost her Fox. I had resisted the Elf on the Shelf trend, but last year had been goofing around with yarn and crocheted a little stuffed fox. I moved him in the middle of the night and played dumb when she asked how he got on a high shelf. I said it must have been magic. Just like that, her personal Fox on the Shelf was born. She cried when he left at Christmas, even though “the Fox” wrote her a note saying he’d be back this year. The problem is, I have no idea where he is now. Lost. 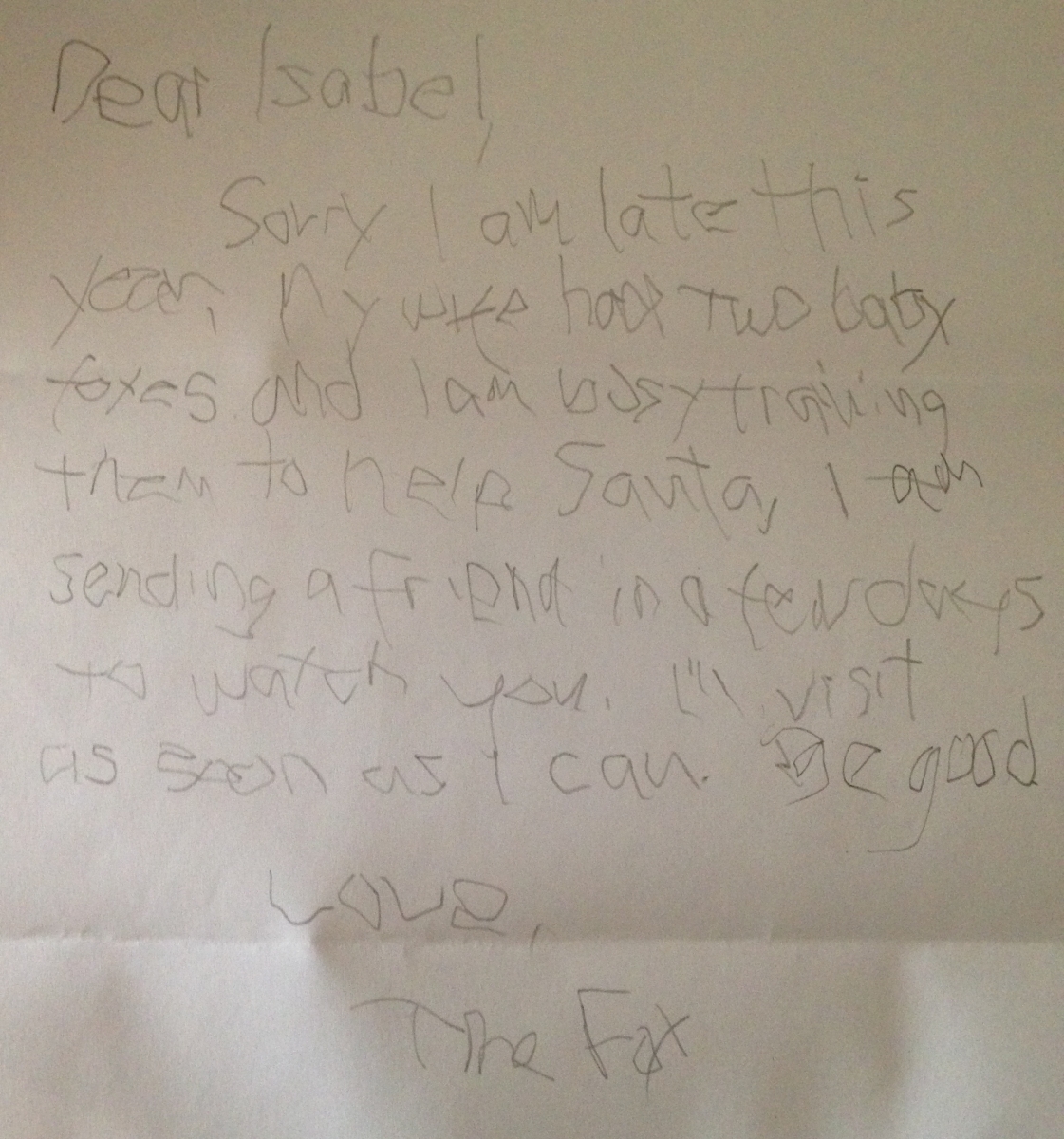 So after persistent questions about when the Fox would arrive (and a failed attempt to recreate him), all of which I tried to answer with “he’s busy helping Santa”. I created a letter saying the Fox had babies and he was trying to train them to be Santa’s helpers. The Fox’s note said he’d send a friend down to look out for her. Wow. What a whopper. I even used my left hand to cement the illusion.

An elf “arrived” the other day. And his note said he’d lost his hat (when really I just ran short on time making it). When she asked if I made him? I quickly said that I did and had mailed him to the North Pole to be sprinkled with Santa magic. She asked if she could touch this elf? Of course, this elf was special and made to be loved. Lies. Lies. Lies… 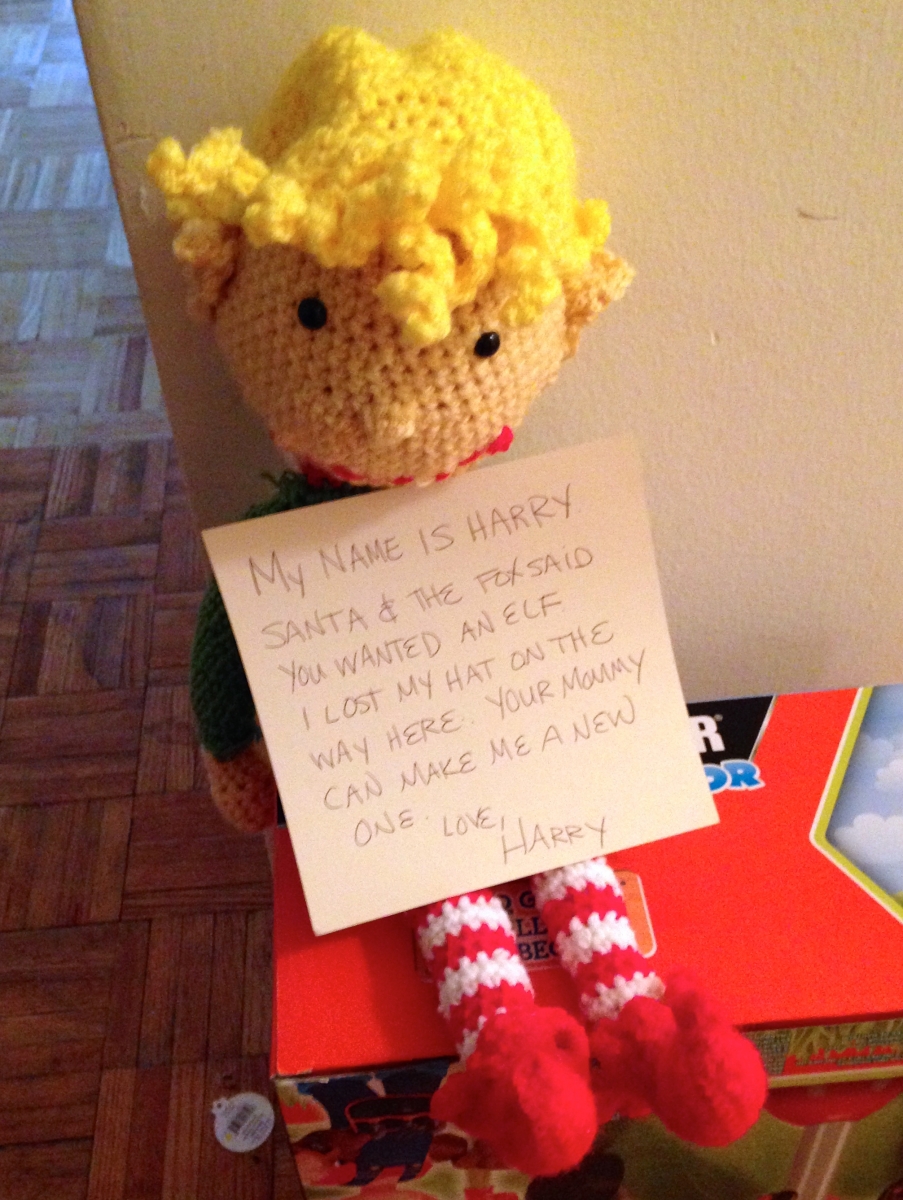 BUT. Totally worth it, because she totally bought it. She’s been writing her elf little notes, adorable, amazing little-girl-who-still-believes-in-the-magic-of-Santa-notes and she’s more into Christmas this year than ever before. She’s been helping me decorate, wants to look at all the lights and just can’t wait to see what Santa brings her… so maybe lies that bring happiness aren’t so bad in the long run? At least that’s a lie I’m comfortable telling myself.

More Like This:
Santa Pictures in NJ
Historic Smithville: Here's Why It's One of the Most Amazing Christmas Celebrations in the State
Our 2014 Holiday Gift Guide