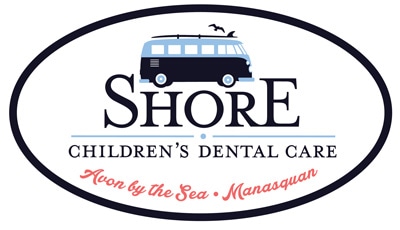 Do mothers with newborn babies come to you for help with breastfeeding and nursing problems?
Dr. Sherman: We have seen over the last several years an increase in the numbers of mothers who choose to breastfeed their newborn babies for many beneficial and health reasons. Breastfeeding is the best source of nutrition and immunologic protection for nearly all infants and provides remarkable health benefits to mothers as well. Babies who are breastfed are less likely to become overweight and obese. Breastfeeding helps mothers and babies bond and is vitally important to mothers’ and infants’ health. We also know that with breastfeeding there is a reduced risk of sleep apnea, SIDS, and behavioral problems in toddlers. For mothers, we also know that breastfeeding reduces risk for breast cancer, type II diabetes, rheumatoid arthritis, and cardiovascular disease. It also promotes emotional health and can prevent postpartum depression.

What are some of the problems that mothers can sometimes have when they start to breastfeed?
Dr. Sherman: There are two parts to this answer. One is the problems that the mother is having herself and the second is the problems that the newborn is having. The mother can have moderate to severe pain when the infant attempts to achieve a latch, mastitis, nipple thrush, premature reduction of breast milk supply and premature self-weaning. The mother can also have emotional symptoms such as depression, lack of infant-mother connection, and frustration due to lack of answers.  The infant can show a short, shallow, ineffective latch, unsustained latch, unsatisfied nursing episodes, poor weight gain, chronic crying episodes, signs of morning congestion, infant gastroesophogeal reflux, clicking and swallowing air when latched (aerophagia).

What procedure can you perform that can either reduce the severity of these problems or eliminate them for both the mother and the infant?
Dr. Sherman: After examining the child’s mouth I can assess the position of the what is called the frenums.  These are attachments either under the tongue (tongue tie) or under the top lip (lip tie).  There are other attachments in the mouth that I will also evaluate.  These frenums can prevent either the tongue or the lip from having the correct movement to get under the breast (tongue) or over the breast (lip) to give the baby a better latch. If the baby has a better latch, many of the problems that we see with nursing can either be significantly reduced or eliminated.

What specifically do you look for when you examine the newborn in relationship to the frenums?
Dr. Sherman:I look to see how tight (short) the frenums are and evaluate whether I feel this is the cause of the nursing issues and whether or not the mother and newborn will benefit from a procedure called a frenectomy.

What is a frenectomy and what are the reasons a child would need one (ie. Tongue tie or a gap between teeth)?
Dr. Sherman: A frenectomy is a procedure that repositions the frenum to allow the tongue and/or lip to have more movement so the baby has a better latch when breastfeeding.

Are frenectomies for nursing issues a new procedure?
Dr. Sherman: There has been a significant increase in performing frenectomies for nursing issues in the last several years. There are new studies to show us that the position of the frenums can affect more than just nursing. We are now recognizing how the frenums relate to swallowing and eating issues, sleep apnea and airway problems.

How are frenectomies performed in your office?
Dr. Sherman: Many years ago, I used a surgical procedure which was very involved and required sutures (stitches). Then there was new technology available that I have been using to do the procedures now. This is by using what is referred to as a laser. There are different types of lasers to perform a frenectomy. I have chosen to use both the diode laser and a CO2 laser.  These are state of the art devices. With the use of these lasers there is either no bleeding nor are sutures required.  The healing time is also shorter.

Are frenectomies performed for children and adults?
Dr. Sherman: Yes, we do perform frenectomies for those children that may need this procedure for speech issues, gum problems, and cosmetic concerns.  Frenectomies can be performed at any age.

What does the procedure involve for a newborn?
Dr. Sherman: This is an in-office procedure that does not require hospitalization.  We place a small amount of a topical anesthetic on the gums to help reduce or eliminate any significant pain. We follow specific guidelines for the use of lasers. The laser releases (disintegrates) the frenal tissue so that it is not interfering with proper movement of the tongue and/or lip.

How would a parent know their child needs a frenectomy?
Dr. Sherman: If the mother chooses to breastfeed and is having issues right from the start, either the Pediatrician or Lactation Consultant in the hospital can diagnose that the frenums may be causing the nursing issues. Also, there are many mothers who can tell and see that the frenums are possibly an issue.

What is recovery like after the procedure?
Dr. Sherman: The frenums will have complete healing in 4-6 weeks.  During that time, you will see a whitish or yellowish color where the frenectomy was performed.  This is normal healing.

What is the post-operative care?
Dr. Sherman: The most important thing other than performing the frenectomy procedure, are exercises to prevent the frenums from reattaching and stretch the frenums for better nursing results. These exercises should be done for at least two weeks after the frenectomies. In our office we show the parents how to perform these exercises and they can call us if there are any issues.

Should parents ever consider a frenectomy as a preventive measure?
Dr. Sherman: When a mother comes to our office with breastfeeding issues, that is specifically what I am addressing. In most cases, I will not perform a frenectomy on a newborn because of a possible issue in the future. An exception to this is very severely attached frenums that are causing gum issues. 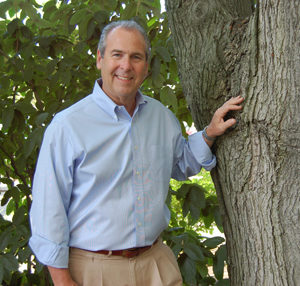 Dr. Irvin B. Sherman established his private practice in Pediatric Dentistry in East Brunswick in 1976. It became one of the premier pediatric dental practices in Middlesex County. In 2010, Dr. Sherman opened a new practice, called SHORE CHILDREN’S DENTAL CARE, in Avon by the Sea. Dr. Sherman brings his 40 years of experience, expertise and caring methods of treatment to infants, children, teens and the special needs patient.