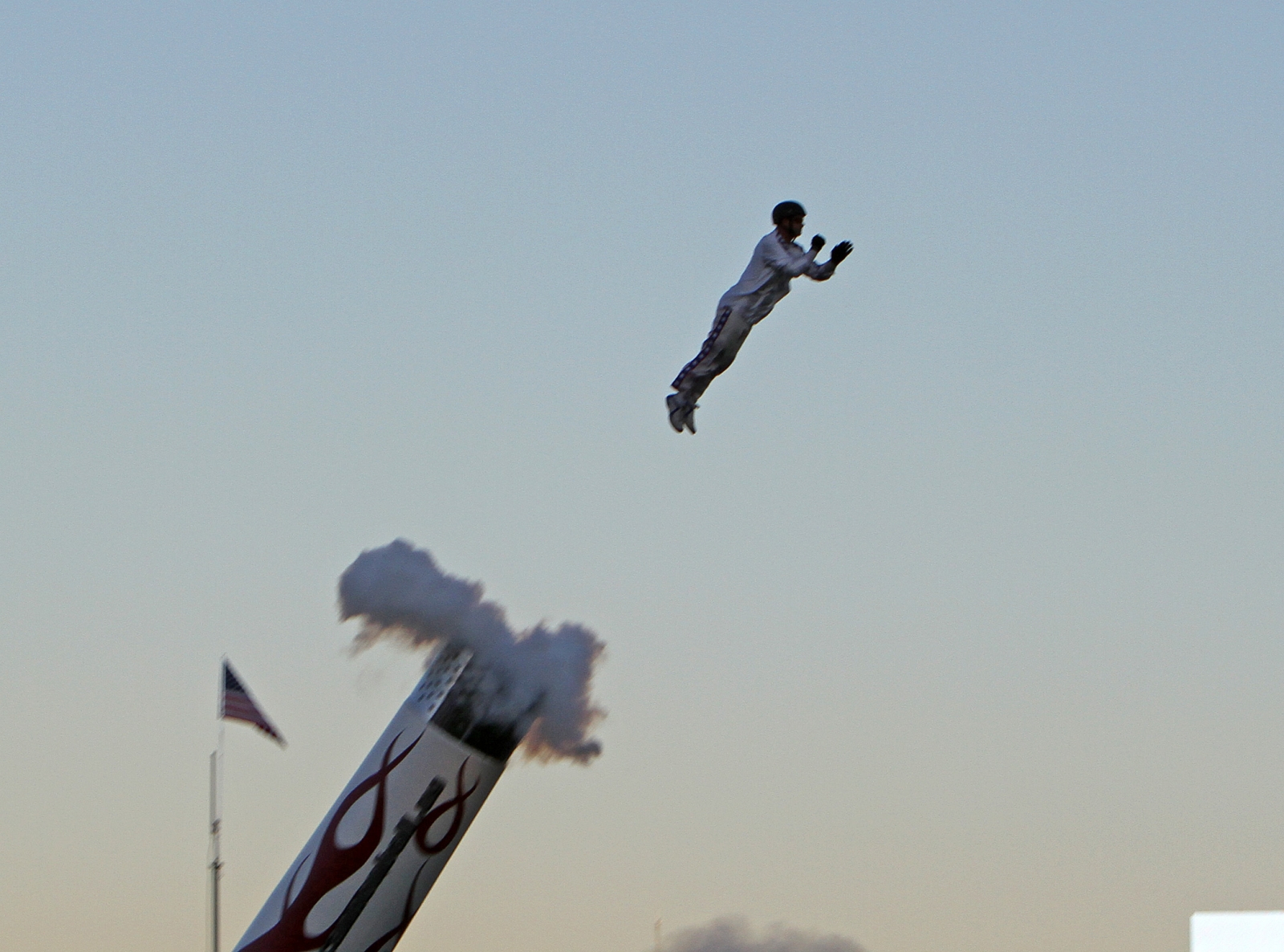 With summer comes a plethora of fairs and festivals. If you’re looking for an attraction that’ll wow your kids, how about a man shooting himself out of a cannon?

David “The Bullet” Smith Jr., comes from a family of human cannonballs, and this year at the 36th Annual QuickChek New Jersey Festival of Ballooning in Readington, Smith will attempt to break the distance world record for highest and farthest flying human cannonball of all time (he currently holds the distance record at 195 ft.)

Smith comes from a family of seven children, all of whom have been shot from a cannon. The Smiths learned this unique trade from their father, whose own record is 184 ft. His sister, Jennifer “The Cannon Lady,” has performed at the festival before and is one of their most popular attractions to date.

The Bullet already holds multiple Guinness World Records and can blast from zero to 60 mph in less than a second. For this daredevil shot, he’ll be attempting to fly over a hot air balloon. He’s previously blasted over Ferris wheels, concert stages and even part of the Grand Canyon.