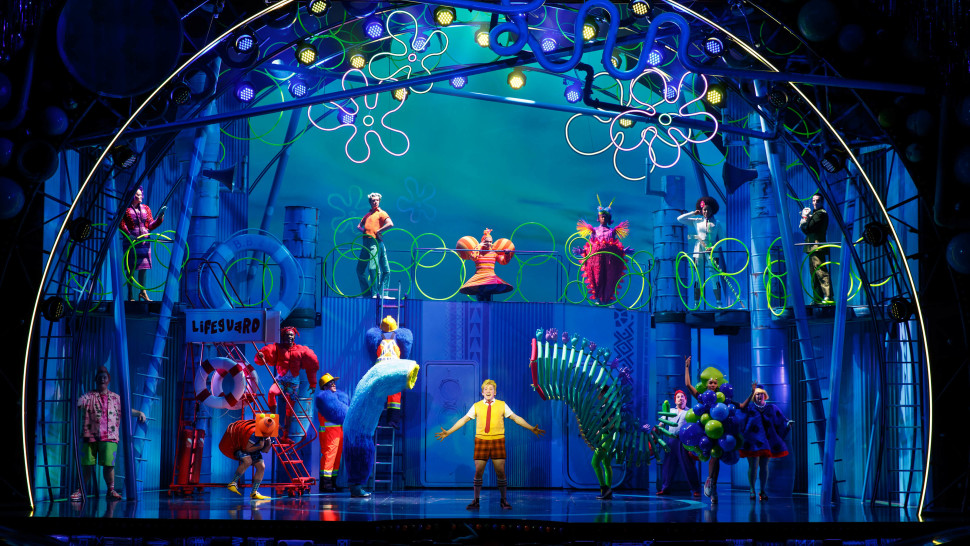 While the Great White Way is filled with all kinds of Disney (Frozen is making its debut next year), an iconic children's TV juggernaut is also getting in on the action. Nickelodeon’s Spongebob Squarepants is making its way to the big city. The iconic yellow sponge just finished a run in Chicago, where he received pretty good reviews.

This isn’t some mediocre stunt, either. The show features an epic music lineup of original songs by Aerosmith, The Flaming Lips, Sara Bareilles, Cyndi Lauper, John Legend, Lady Antebellum, Panic! At the Disco and Plain White T’s. Songs by  David Bowie will also be featured. How awesome is that?

What’s the show all about? Our favorite porous character will meet his greatest challenge yet: Bikini Bottom faces total annihilation from an environmental disaster. The actors won’t be wearing full-body costumes so you’ll be able to see their faces as they bring your kids’ favorite characters to life.

Performances begin on Monday, November 6 at Palace Theater in New York. Tickets range from $49-225 per person. Children under 4 are not allowed in the theater.

If you’re skeptical about heading to Bikini Bottom, here are some more reasons why the show might be worth a trip.