Strike Gold with These St. Patrick’s Day Events in NJ

You Need a Night Out! 20 Things to Do in March 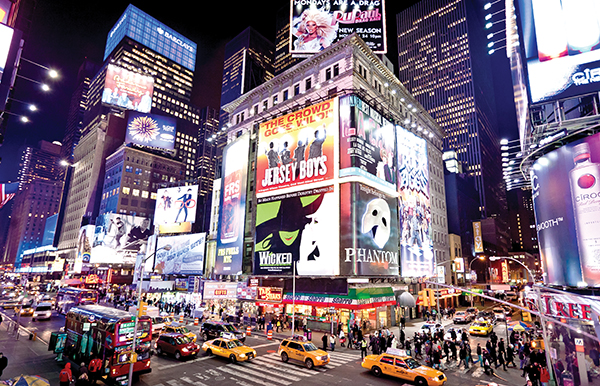 I was 6 years old when I was bitten by the theater bug. I still remember my first Broadway show—a production of Peter Pan starring Sandy Duncan. After that, my parents took me to see productions of The Pirates of Penzance, 42nd Street and others. When we took a family trip to London, the first thing we did was hit up the TKTS ticket booth. Over the years, my love for theater grew to include Shakespeare, Chekov and Pinter. I even majored in theater in college. So, I was setting myself up to have a strong connection with my kids over theater, or I was going to be let down in a big way if they turned to me halfway through their first show asking to go home.

Last spring break, we took our then 6-year-old twins to see their first Broadway production. I was excited and nervous—would they make it through an entire show?

The kids were already experts at sitting through movies, and we’d seen enough children’s theater to know we were ready for the next level. During an outing to see Pinkalicious the Musical, the twins were among the oldest kids there and were sorely disappointed when the production ended after about 30 minutes. “What about the interruption?” my son asked. I had to tell him that it was called an intermission, and unfortunately, there wasn’t one.

I’d seen the ads in the subway touting SpongeBob SquarePants, the Nickelodeon musical that closed in September. The twins are huge fans of the television show, so I knew this would be a good choice for their first Broadway experience.

On the day of the show, we dressed to the nines in our spiffiest daytime wear and drove through the tunnel from New Jersey to midtown Manhattan. When we arrived in Times Square, the four of us (including my husband, who was also a theater major) were abuzz with excitement.

The show didn’t disappoint—with a spectacular set, colorful costumes and catchy songs, time flew by and the kids had no problem sitting through it. But the best part was seeing the look of wonder on my son’s face when the lights came on and the entire ensemble took to the stage for the first time. His eyes widened—this was a higher level of entertainment than anything he’d experienced before, and his surprise brought a tear to my eye.

By the end of the show, we were all up in the aisle, singing and dancing. And now, six months after the fact, both kids beg me to play SpongeBob SquarePants, The New Musical Original Cast Recording every time we’re in the car (my daughter knows all the words!). If you’re thinking of taking your little ones to the Great White Way, here are my tips for making it a magical experience:

Choose your show wisely. There are plenty of kid-oriented shows on Broadway and even if it’s not your first pick, something based on a familiar character can make the introduction to live theater more relatable. If you’re seeing a musical, play the songs beforehand to get them interested and excited. It’ll also help set them up to better understand what’s happening on stage.

Check for discounts. Whether it’s through the TKTS booth in Times Square or ticket lotteries, seeing a Broadway show can be done on a budget. Check websites like broadway.com and tdf.org for deals on current shows.

Dress to impress. Going to the theater is a big deal and will feel even more special when you treat it like an occasion worth looking your best for.

Splurge on a snack during intermission. A bag of potato chips went a long way before the second act of a show that was longer than any my kids had previously seen.

Get in the spirit. Be sure to applaud—especially after musical numbers. The actors and musicians are performing their hearts out for you, so give back some positive energy.

Save your Playbills. My collection is a treasured remembrance of not just the shows I’ve seen, but great experiences with friends and family.

Seeing live theater can encourage your kids’ creativity and instill a lifelong appreciation for the arts. Best of all? It’s a great way to spend time together—during the show and for many months after—singing around the house and in the car.

Ronnie Koenig is a freelance writer living in Princeton. Her first romance novel will be published by Harlequin next spring. Follow her on Instagram @theronniekoenig.