Check Out the Halloween Blue Moon This Saturday

Daylight Savings Ends This Weekend: How to Prep the Kids 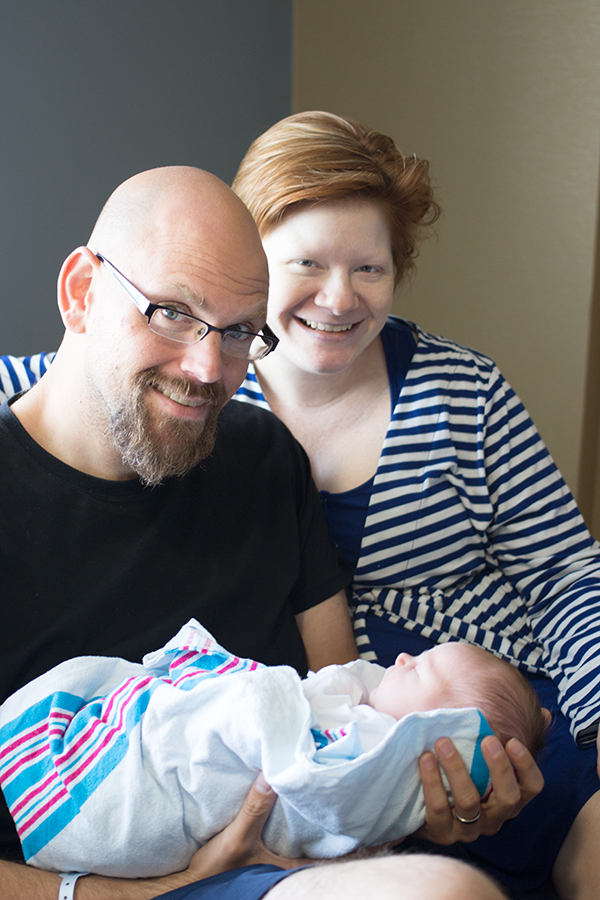 There he was: my newborn son, Harry, who we instantly and inexplicably called Bubba, gurgling in a clear plastic bassinet in a crowded hospital nursery.

Some of my first thoughts included, “Babe, why does he look like a really small, really old man?” and “Hope this sweet baby boy plans to pay his way through college.”

Being a first-time father is overwhelming and challenging for so many reasons, and starting a college fund is just one. Sure, we were luckier than most. My wife thankfully had a job that gave her enough paid time off that she spent those first precious months at home bonding with our son. Her job was hard, but she was great at it. She tended his needs at a time when his sleep schedule was less predictable than NJ Transit in a snowstorm. She fed him, cleaned his spit up and bathed him again and again, if that’s what you call nervously spritzing him with soapy water from a turkey baster.

Still, Sainted Mom wanted, needed and deserved a break. Cue the aforementioned challenges of Dad, who

arrived home every evening for his shift with Harry. I’m not complaining. My wife spent two-thirds of every day with Bubs while I only got eight hours. If I was going to get through those hours and then head back to work, it meant I had to get good at everything. Here are five things I learned that first year.

Look, the first diaper dash is confusing. Where’d that green stuff come from? Which way do I wipe? How clean is clean? Pro tip: Get a lesson from the nurses at the hospital, who are better at diapers than LeBron James is at basketball. And do it while your partner’s sleeping. That way, you’ll look like you were born for it.

SLEEP WHEN HE SLEEPS.

It feels like a newborn is always awake. But when Harry finally fell asleep, I was right behind him. Not binging on the latest addictive series on Netflix, not looking at one of my three email accounts because, “I’m already up,” and certainly not checking Twitter at 1 am. If Little Man could drop that quick, I had to train myself to follow suit.

This might be the hardest trick to learn, after swaddling (seriously, nurses are masters when it comes to wrapping babies like burritos). Newborns cry. Six month olds fall. And no matter what you tell me, I’m not the first father to accidentally smack his son’s head into the shelf above the changing table. Kids are stronger than steel and bounce back faster than racquetballs. Parents just don’t realize it ’til they pair Thing 1 with Thing 2.

THAT SAID, CALL THE DOCTOR.

Seriously, don’t worry about being “that dad.” You think you’re the first paranoid parent to google if that booger looks like something serious? Call, and let them tell you he’s perfectly fine. Then, back to sleep. Rinse and repeat for as many medical maladies your mind can make up.

DON’T JUDGE YOURSELF OR ANYONE ELSE.

Movie dads always seem clueless and you may feel that way sometimes, too. That initial week/ month/year as a first-time father is hard. But you’re doing the best you can and learning along the way, right?

Always give the kid what he needs (not what he wants). One day, maybe the day your Bubs takes his first steps, you’ll hear your wife wistfully wax that he’ll be leaving for college any day now. Which is fine. As long as he pays his own way.

Richard Quinn is a father to 3-year-old Harry and three cats. During his son’s first year, he barely watched his beloved Yankees, but learned the theme song to Daniel Tiger’s Neighborhood.