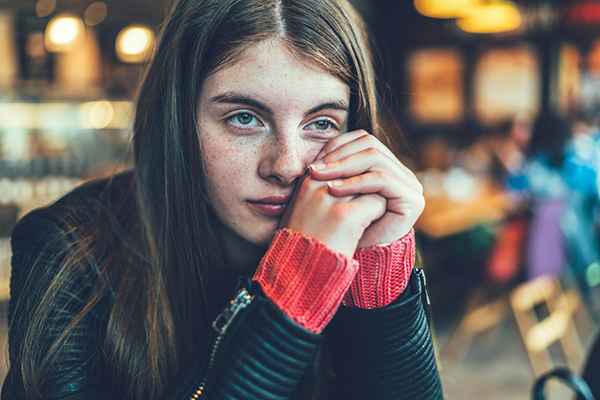 Does it surprise you to learn that a parent’s mental health can affect their teen’s? A 2017 study by University College London published in Lancet Psychiatry found that a father’s depressive symptoms can influence his teen. In addition, a 2013 study from the University of Bristol published in JAMA Psychiatry confirms a link between a mother’s depression and her teen’s, too. “Children see the way their parents behave and act, and this could bring on negative ways of thinking, which could then lead to depression,” says Gemma Lewis, PhD, who led the UCL study. Teens whose parents showed depression-like symptoms were more likely to exhibit those symptoms themselves.

What should you do? Pay attention to her behavior. Look for a loss of interest in things she once enjoyed, low self-esteem, lack of motivation, changes in appetite and avoiding contact with friends and family.

Depression should be taken seriously, and if you see someone showing symptoms, urge them to visit a therapist. This is especially true for teens, who are already at a greater risk for depression.

The National Suicide Prevention Lifeline is free and available 24/7, and can be reached at 1-800-273-TALK or suicidepreventionlifeline.org.