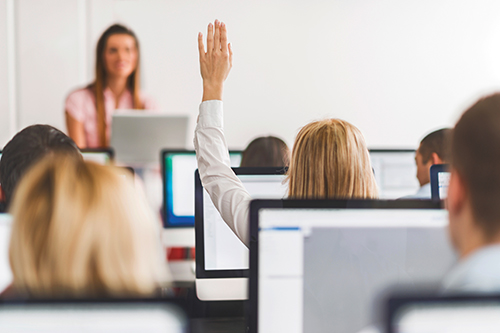 They’ve been widely criticized by teachers who feel pressured to spend too much time on test prep. They’ve been denounced by parents whose kids have opted out amid complaints that the tests are poorly designed and not indicative of student ability. And by 2021, the Partnership for Assessment of Readiness for College and Careers (PARCC) tests will be a high school graduation requirement in New Jersey.

In August, the New Jersey State Board of Education approved a policy that requires high school graduates to pass the PARCC proficiency tests in both math and language arts. The practice of linking diplomas to standardized assessments dates back to 1981, while proficiency tests for third, sixth and ninth graders go back even further. In six years, students will have to pass two PARCC tests: one on tenth grade English and the other in Algebra 1, a course kids typically take in eighth or ninth grade.  Until then, aspiring high school graduates can meet their diploma requirements through the PARCC, or by substituting the SAT, the ACT, Accuplacer (a placement test used by community colleges), the military eligibility test or a portfolio assessment. Special needs students and English Language Learners can continue to qualify for diplomas through other means.

New Jersey’s anti-PARCC groups (which include leaders of the New Jersey Education Association (NJEA), the state’s largest teacher’s union; Save Our Schools-NJ (SOS-NJ), and the Education Law Center (ELC), a public interest law firm that specializes in primary and secondary school reforms, say making the tests a graduation requirement is a huge cause for concern. SOS-NJ goes as far as to offer parents a step-by-step guide on how to opt out of the PARCC on its website.

“PARCC is not fit to determine whether or not a child has earned his or her diploma,” says NJEA President Wendell Steinhauer. “The main concern we have with PARCC as a graduation requirement is that students aren’t going to graduate,” adds SOS-NJ President Susan Cauldwell. Stan Karp of the Education Law Center says implementing it as a graduation requirement is “illegal and unfair.”

Another reason the PARCC has been so controversial is because of the standardized test that preceded it. The High School Proficiency Assessment (HSPA) was approved by the Board of Education in 2001. Over the years, educators, administrators and parents realized the HSPA was unreflective of the skills and knowledge students need to be successful in college and the working world. Lucille Davy, former Governor Jon Corzine’s Commissioner of Education, once described the HSPA as a “middle school level test,” implying that we had inflated our views of student proficiency by holding students to a low standard.

Research supports this. Studies show high school graduates in New Jersey and across the US are unprepared for college and often need to spend time and money on remedial coursework once they get there. Or as Bari Erlichson, special assistant to the NJ Commissioner of Education, explains, “We led students and families to believe they were ready for college when they passed [the HSPA] when they weren’t. We led educators to believe that the students were ready for college when they weren’t.”

To address concerns about preparedness, the New Jersey State Legislature along with 45 other states and the District of Columbia adopted the Common Core State Standards (CCSS). Developed by teachers and education experts in 2010, the standards consist of internationally benchmarked objectives for each grade. They emphasize critical thinking and problem-solving skills instead of memorization. Many states have tweaked the standards to match their own expectations or have renamed them. NJ, for example, calls them Student Learning Standards.

So what exactly are students being tested on? Here are the requirements outlined by the NJ Department of Education: The PARCC assessments require students to solve problems using mathematical reasoning and to model mathematical principles. In language arts, students are required to closely read multiple passages and write essay responses using literary analysis.

Here’s the deal: The PARCC is more demanding than the HSPA because it’s aligned with tougher standards that represent skills students need to be successful. The PARCC has also replaced the assessments we used to measure academic proficiency for students in grades three to eight, such as the ASK (Assessment of Skills and Knowledge).

In 2014, the final year the ASK and HSPA were administered to students, 66 percent of students in third through eighth grade scored proficient or above in language arts and 74 percent hit the mark in the math portion. High school students did even better: 93 percent were proficient in language arts and 84 percent were in math. This year’s PARCC scores, while better than 2015’s, paint a different picture: fewer than half of the students (sometimes quite a bit lower than half) demonstrated grade-level proficiency.

While the results aren’t surprising, the news is still hard to swallow. On top of doubts over the test itself, the NJEA is also condemning the change to triple the weight of PARCC results in teacher evaluations. Teachers will have 30 percent of their rating based on PARCC performance, according to a memo from NJ DOE Deputy Commissioner Peter Shulman distributed at the end of August.

New Jersey parents should remember achievement will rise as students are fully exposed to the Common Core. As scores go up, fewer students are expected to opt out of the test. The 2021 graduating class will have spent all its elementary and secondary school years learning the skills and knowledge that’ll prepare them for success. They’ll do just fine.

Just ask New Jersey’s 2000 Teacher of the Year, Katherine Bassett, who now heads the National Network of State Teachers of the Year. In a presentation beamed across the country, she confirmed the PARCC exceeds NJ’s old ASK and HSPA tests in assessing kids’ analytic, critical and research skills. “You went from a good test to a better test,” she says.

Yes, our children’s tests will be different than the old ones. Yes, the course content they’ll learn in school will differ from what we learned. Yes, our collective ego will take a hit as we confront candid assessments of our children’s proficiency based on the PARCC.  But “a better test” is truly a cause for celebration.