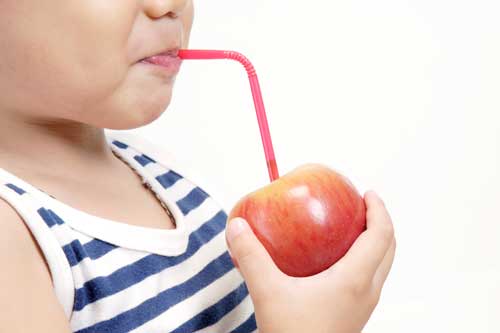 Amid growing concerns over arsenic, Consumer Reports conducted a broad investigation of arsenic and lead in juices. While federal standards exist for arsenic and lead levels allowed in bottled and drinking water, there are no limits defined for fruit juices, a mainstay of many children’s diets, putting them at unnecessary risk for serious health problems, including several forms of cancer.

Consumer Reports tested 88 samples of locally-purchased (New Jersey, New York, and Connecticut) apple juice and grape juice and found that 10 percent of the samples had total arsenic levels that exceeded federal drinking-water standards of 10 parts per billion (ppb) and 25 percent of the samples had lead levels higher than the Food and Drug Administration’s (FDA) bottled-water limit of 5 ppb.  Most of the arsenic detected in Consumer Reports’ tests was a type known as inorganic, a human carcinogen. (The complete report is featured in the January 2012 issue of Consumer Reports magazine and online.)

What Parents Can Do Now

Parents should limit their child’s juice consumption. A Consumer Reports poll conducted as part of this investigation shows that children drink a lot of juice—35 percent of children age 5 and younger drink juices exceeding pediatricians’ recommendations. The American Academy of Pediatrics has set up juice-consumption guidelines for children to help cut the risks of obesity and tooth decay; Consumer Reports believes the guidelines below should also be followed for reducing arsenic exposure:

Diluting juice with distilled or purified water can help parents achieve these goals. Additionally, Consumer Reports recommends that consumers check the water in their homes for arsenic and lead and consider using a water filter that removes these metals if elevated levels are found.

To see the complete test results of the 88 samples of apple and grape juice tested, download this PDF from Consumer Reports.

For more on this study and the rests of the tests, read the full article at Consumer Reports.

Are you concerned about this study? Should the government get involved? How much apple or grape juice does your child drink on a daily basis? Comment below.