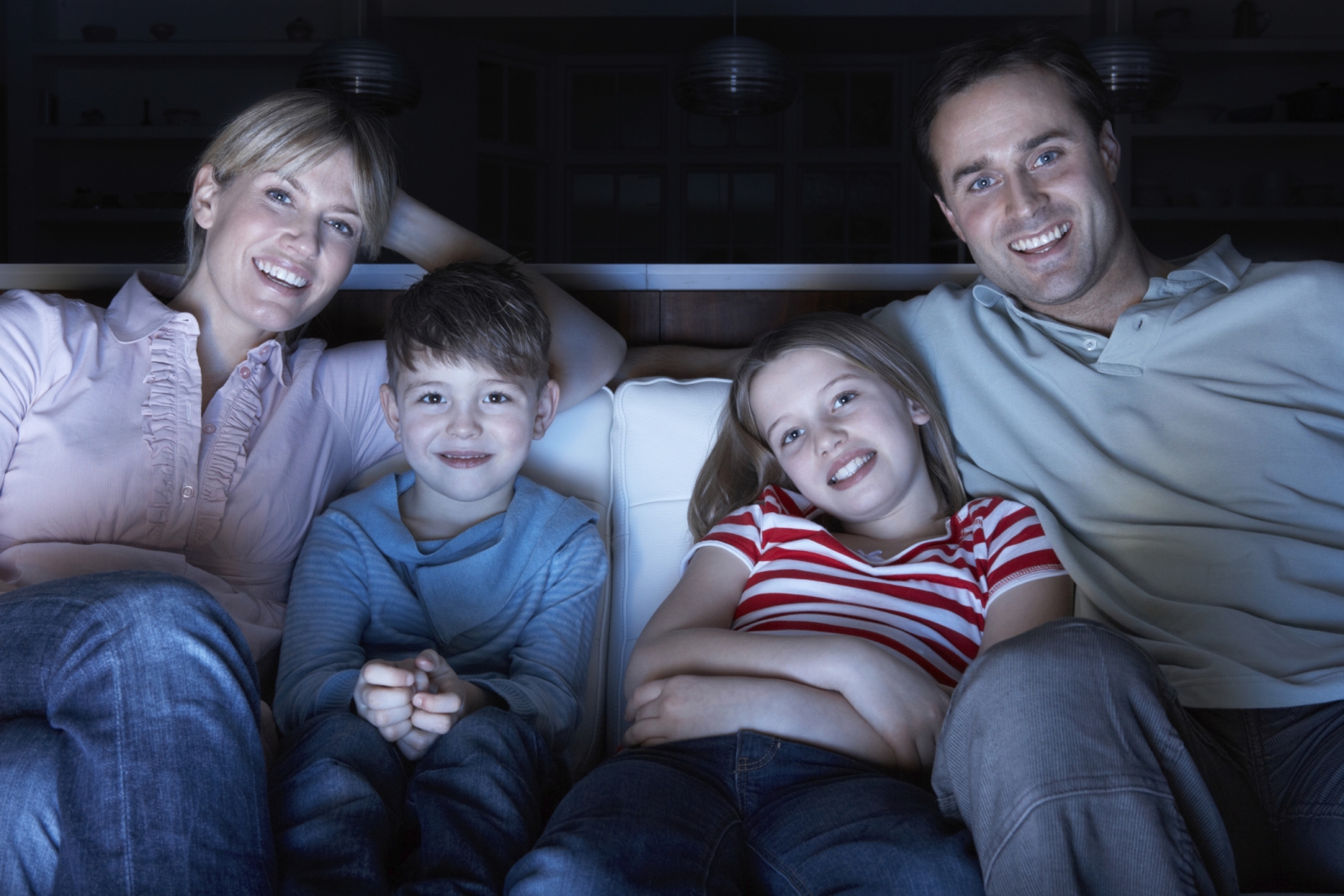 Remember the NBC Thursday night lineup in the ‘80s? My whole family—mom, dad, older brother, and I—parked ourselves in the living room for the night and watched “The Cosby Show,” “Family Ties,” and “Cheers.” So did all the other families we knew. (My husband says his family also included “Night Court,” but that was past my bedtime.)

It’s hard to recreate that magic with today’s shows. While there’s a plethora of kids’ channels, they’re exactly that: channels that air kid shows, not family shows, in which parents make little more than cameo appearances and are beside the point, at best. Compare the clueless, near-absent parents on “Jessie” to the warm, wise Keatons on “Family Ties,” and you see what I mean.

My husband and I had some success with American Idol. Both my kids were engrossed in the competition, and my husband and I liked how the series emphasized the hard work of the contestants and their can-do attitudes. Most of the material was G-rated (though the show itself was PG), but last season I grew tired of the cleavage wars between Nicki and Mariah. The previous season we had to shut off the TV during Jennifer Lopez’s surprise performance. And a segment that followed around Steven Tyler was decidedly not G-rated. (Looking back, neither was “Cheers,” but hey, it was the ‘80s.) Perhaps worst of all, the music last season was the pits.

We also all love ABC’s “The Neighbors” (featuring ‘80s actress Jami Gertz), one of the few comedies on a mainstream network that makes kids laugh and contains lots of adult humor that isn’t totally inappropriate for kids to hear.

But quite by accident, we came upon an entire network that doesn’t advertise as being kid-appropriate but has several shows that all four of us—my husband, 9-year-old daughter, 6-year-old son, and I—are riveted by: the Food Network. It started last year with “Restaurant Stakeout,” when a neighborhood pizzeria we frequent was featured. We were captivated by the drama that had been going on behind the scenes at one of our favorite haunts. I assumed the reason my kids were so enthralled was because they knew the place and people involved, but they asked to watch the next episode. We did, and they loved it as much as the first one.

We then moved on to “Chopped.” I hate to cook, but I love this show. As you likely know, it’s based on that by now familiar premise of various contestants fighting for the top spot, with one getting eliminated (“chopped”) each episode until there’s one left standing. In other shows, this kind of competition often turns ugly, and the Lord of the Flies mentality horrifying for adults to watch, let alone children. But “Chopped” somehow manages to keep it all civil without losing an iota of suspense or drama. And best of all, it emphasizes that what got these contestants to the top was good old-fashioned hard work (like “American Idol,” but without the cleavage). The chefs don’t have to be good-looking, the women aren’t scantily clad, and antics are not tolerated, let alone rewarded. When contestants lose, they almost invariably lose gracefully, vowing to not be discouraged by the loss, but rather encouraged that they made it as far as they did, and to keep working harder. Plus, a nice side benefit is that my kids have become interested in cooking.

Watching TV gets a bad rap these days, and I agree it’s not good to park your kids in front of the TV for hours instead of having them play outside or with friends, or read a book. But—and maybe it’s because I grew up in the thick of the NBC Thursday night lineup—I think watching one or two shows as a family is harmless fun. For my family, it provides us with something we all like equally and can talk about during the week.

And if watching cooking shows prompts my kids to start making dinner so I don’t have to, that’s fine with me, too.