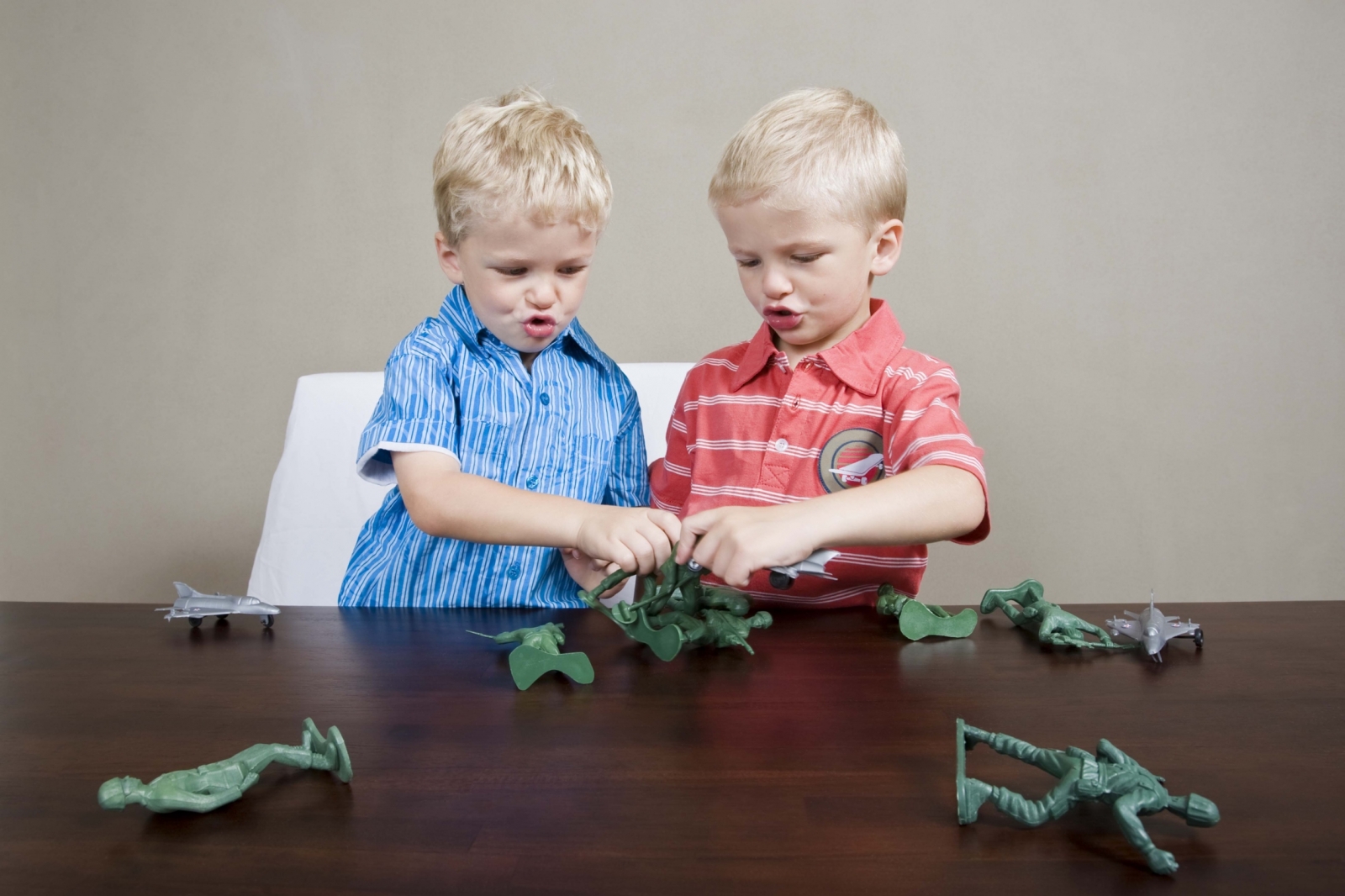 As I sit down to write this, my 2-year-old Nate runs into the room with an orange Nerf gun pointed at me, a first. “Bang, bang,” he shouts. Oh great, I think. Well, there’s my opener.

While it can be reasoned that little Nate learned about the glories of gun play from his older brother Keith, now 5, it remains unclear to me how  Keith knew, by Nate’s age, to fashion household items into guns and make those classic “Rat, tat, tat” sounds so very familiar to me—and to many of you as well, I’d wager. (I’d also bet I’m not the only one to writhe in pain when my bare foot inadvertently finds one of those tiny toy soldiers. Am I right?)

When Keith’s “gun obsession” began (yes, that’s what I called it), it came out of nowhere to us, and I, as moms do, had a bit of a freakout. I fervently asked around, “Why does he do this? Why does he want to do this?” And I recall the feeling of relief when the most unexpected of sources, our new 21-year-old babysitter, told me, “Don’t worry! They all do that! At the daycare I worked at, we’d find everything from Jumbo Legos to sandwiches fashioned into guns.” Oh really now? So my boy’s not a weirdo?

What was my fear based on? That by allowing pretend gun play, I’d turn my innocent child into a violent adult. Writer Malia Jacobson explores such parental fears in this month’s article, “Weapons Ban.” According to childhood experts, gun play is a natural tendency for boys, and I was intrigued by research that suggests toy weapons serve as symbols of power, leadership, authority, strength, and control. I found myself relieved yet again when learning that, according to the experts, I was correct in ultimately reasoning that I’d only give pretend guns more power if I’d flat-out banned them.

For now, I’ll allow the Nerf guns, and I’ll focus on teaching little Nate (with Keith’s assistance) the house rules: Don’t point at people, only targets; no shouting words like “death” and “kill”; and the minute someone gets bonked in the head, the guns go away. Don’t mess with Mommy; she wins this battle.

RELATED: Experts weigh in on the toy guns debate

What's your take on letting kids play with pretend weapons? Tell us below!