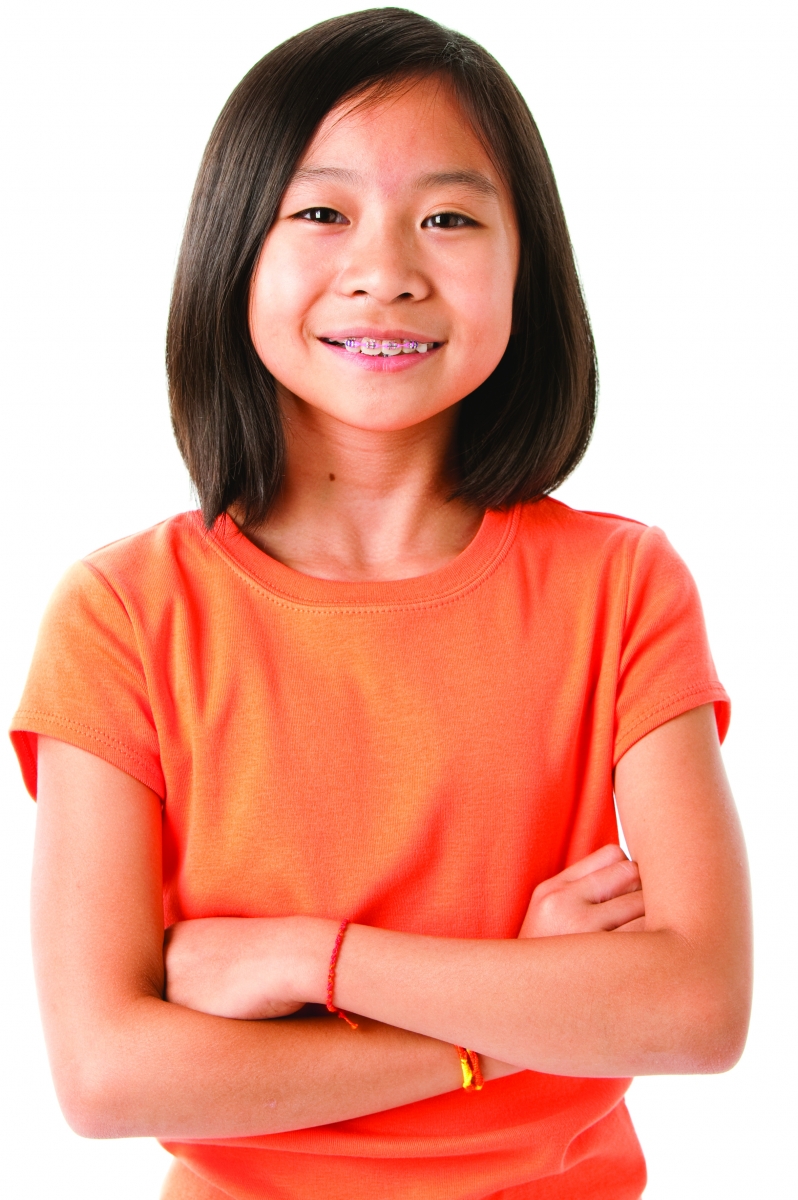 Look at yearbook or prom pictures from the 1970s and ‘80s, and you’ll see many smiles framed with heavy metal braces. It’s a sight that’s less common in high schools today. Why the change? Children today tend to get braces at a much earlier age. Some patients with special problems begin orthodontic treatment at age seven or younger.

“The American Association of Orthodontics (AAO) recommends that all children receive an orthodontic screening by age 7,” says Thomas Cangialosi, DDS, chairman and professor of Orthodontics at the University of Medicine and Dentistry of New Jersey. “Permanent teeth generally begin to come in at age six or seven. It is at this point that orthodontic problems become apparent.

“Because bones are still growing, it’s an ideal time to evaluate a child,” Dr. Cangialosi says. “Then we can determine what orthodontic treatment, if any, may be needed either now or in the future.”

To make braces more acceptable and fun for young people, manufacturers have made brightly colored elastics. These are the tiny rubber bands that hold the wires to the braces. Children can choose elastics with their school colors or a holiday color scheme, such as orange and black for Halloween.

Choosing the color of the elastics allows patients “to feel that they are more involved in their treatment,” Dr. Cangialosi says.

Still Take Getting Used To

Braces today tend to be less uncomfortable and less visible than they used to be. But they still take some getting used to. Food can get caught around brackets and in wires, and flossing and brushing can take more time. After adjustments, sometimes the teeth may be a little sore. Tooth discomfort can be controlled by taking a pain reliever, such as ibuprofen (Advil, Tylenol, and others) or aspirin if necessary. The use of lighter and more flexible wires has greatly lessened the amount of soreness or discomfort during treatment.

As more and more children get braces, schoolyard nicknames such as “tin grin” and “metal mouth” are heard less often. Because treatment has become more socially acceptable, embarrassment may be less of a concern.

Orthodontic treatment in young children is known as interceptive orthodontics. Intervention may begin as early as age six or seven. At this age, teeth are still developing. The jaw is still growing. That means certain conditions, such as crowding, may be easier to address.

Before permanent teeth have come in, it may be possible to help teeth to erupt (emerge through the gums) into better positions. It’s common, for example, for the dental arch to be too small to fit all of the teeth. A few decades ago, the solution for crowding was almost always to extract some of the permanent teeth to make space. Then, fixed braces were used to position the teeth properly.

Early intervention takes advantage of the fact that a child’s jaw is still growing. For example, a device called a palatal expander may be used to expand the child’s upper dental arch. Once the arch is the proper size, there’s a better chance that the adult teeth will emerge in better position. Sometimes teeth still may be crowded after all of them have erupted. In such cases, some permanent teeth may still have to be extracted to make room to align the teeth properly.

So-called early treatment may also be useful when the dental arches and jaws are not in the correct position. Functional appliances may fix or improve these problems. More treatment usually is needed later on, but it may be shorter and less involved.

“It is important to note that children who receive interceptive orthodontics generally still need braces or other orthodontic appliances later,” Dr. Cangialosi says. “However, this early treatment may shorten and simplify future treatment in selected cases.” This is commonly known as two-phase treatment.

Early treatment does not apply to all orthodontic problems. However, it may help in certain cases, such as with crossbites and protruding front teeth.

Reviewed by the faculty of Columbia University College of Dental Medicine via Colgate-Palmolive Company. © 2002-2013 Aetna, Inc. All rights reserved.