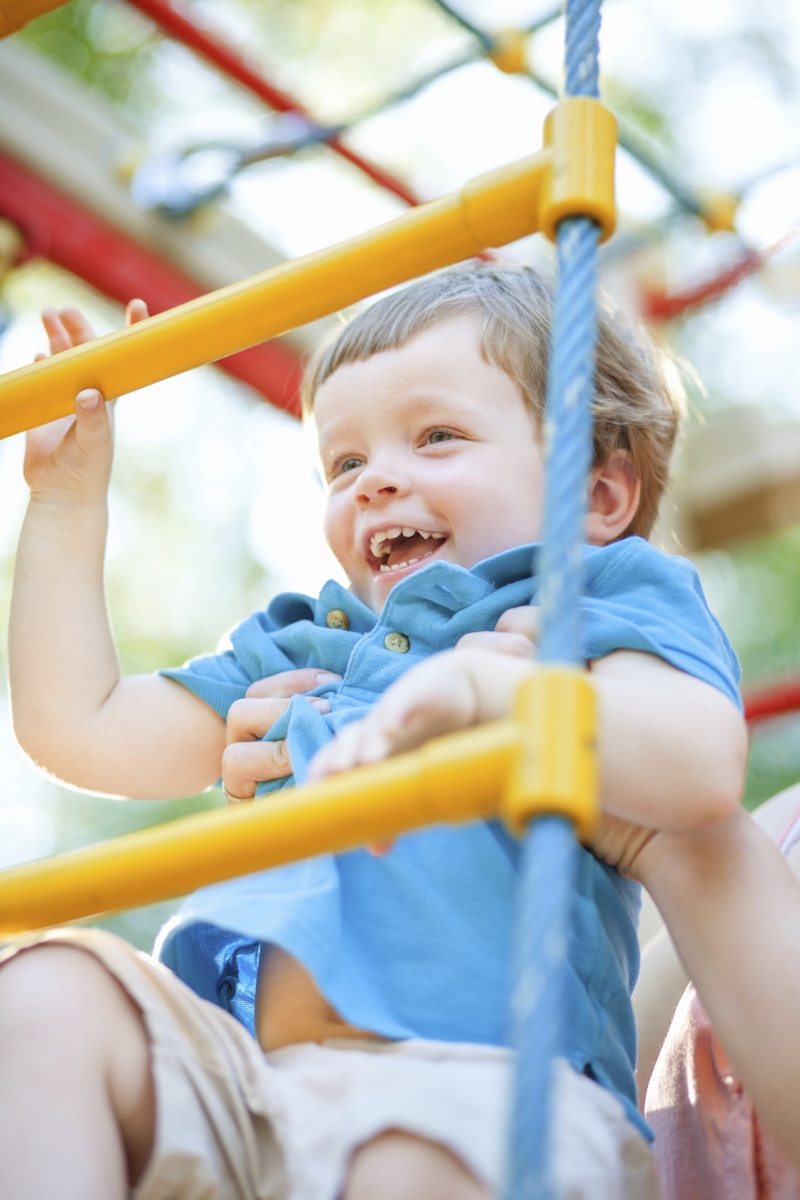 It was a long winter. On that I think we agree. Where we differed was on the day of the big thaw.

It was that first warm sunny day in March when you could finally see the ground. The melting snow created a plethora of puddles and mud. But none of that matters to a 6-year-old who’s been cooped up all winter, itching to get out and play. So when my son asked if we could stop off at the playground before picking up his sister from school, how could I resist? Truthfully, I didn’t even want to resist. I said yes. He wore shorts and rain boots (a great look!). And he had a great time. When he saw your daughter, he was excited to see a potential playmate. But you didn’t even try to disguise that you saw in my son nothing but a problem.

“You said no one would be on the playground!” your daughter screamed with a stamp of her foot. “See, someone is playing. So I can play, too!”

“Well, no one is supposed to be on the playground. It’s too wet. Come on, let’s go,” you told her. Then you said to me, “Thanks for making it difficult for the rest of us!”

I was too stunned to reply. Did a no-playing-on-the-playground-when-it’s-wet rule really exist? In eight years of frequenting this playground, I had never seen a sign to that effect, but I looked around for one anyway. If there had been such a sign, I would have taken my son by the hand, pointed to the sign, and explained that we had to leave. But there wasn’t one. Which means we were well within our rights to be there. And it means that you missed a golden opportunity to teach your child something: that different people make different decisions—and you shouldn’t make yours based on theirs. There are many—so many!—times when it’s easier to point out that everyone’s doing it (or not doing it), and that’s why you should (or shouldn’t) too. I’ve certainly been guilty of that myself. When my son was in preschool, the other moms and I would coordinate when to leave the playground. (“I’m going to leave in 15 minutes. How about you?” “Yes, I’ll leave in 15 minutes so we can leave together.” “See, Frankie? Johnny’s leaving, too!”) But I know deep down that doing so doesn’t bode well for adolescence or adulthood. If you get kids in the habit of doing or not doing something based on what others are doing…. Well, I don’t think I have to spell that one out for you. And while I’m guilty of it on occasion, I do my best to make sure my children know that every family has to make their own decisions. For example, taking my son to Temple is one step away from torture. But, I make him sit there in the pew with me, even though he’d rather be running around in the lobby. When another boy his age leaves the sanctuary with his mom to do just that, my son says to me, “Why can he run around the lobby and not me?”

“Because,” I say, “his mom has different rules. Different families consider different things to be important.” Would it be easier for me if that other boy’s mother also forbid her son to run around the lobby? You betcha. But I would never dream of telling her that she’s making life harder “for the rest of us,” and that she should abide by my values and beliefs.

So, Mom, thank you for reminding me why it’s important not to be like that. When I see a mom doing her best, I will remember to respect what she’s doing, even if it’s different from what I would do. Of course, if what she’s doing is being disrespectful to others’ rights and safety, I might give her the evil eye, too. (The mom who stood by while her child broke every piece of my daughter’s chalk and then hurriedly walked away with him when we returned immediately comes to mind.) And if you ever see me blatantly disobeying real rules or disregarding the rights of others, feel free to give me the evil eye. Or, better yet, say something to me. Just not to my son.

But that’s not even the most important reminder you gave me. After you left, I watched my son swing on the monkey bars (yes, sometimes falling in a puddle and getting a little dirty), squealing with delight when he got farther than he had in autumn. I watched him slide down poles and just run around for no apparent reason, all with the complete happiness of a 6-year-old boy who’s had his first playground visit after a long winter. He won’t always be 6, and eventually, it will take a lot more than a playground visit to make him this happy. But thank you for reminding me to appreciate the joy while it lasts.