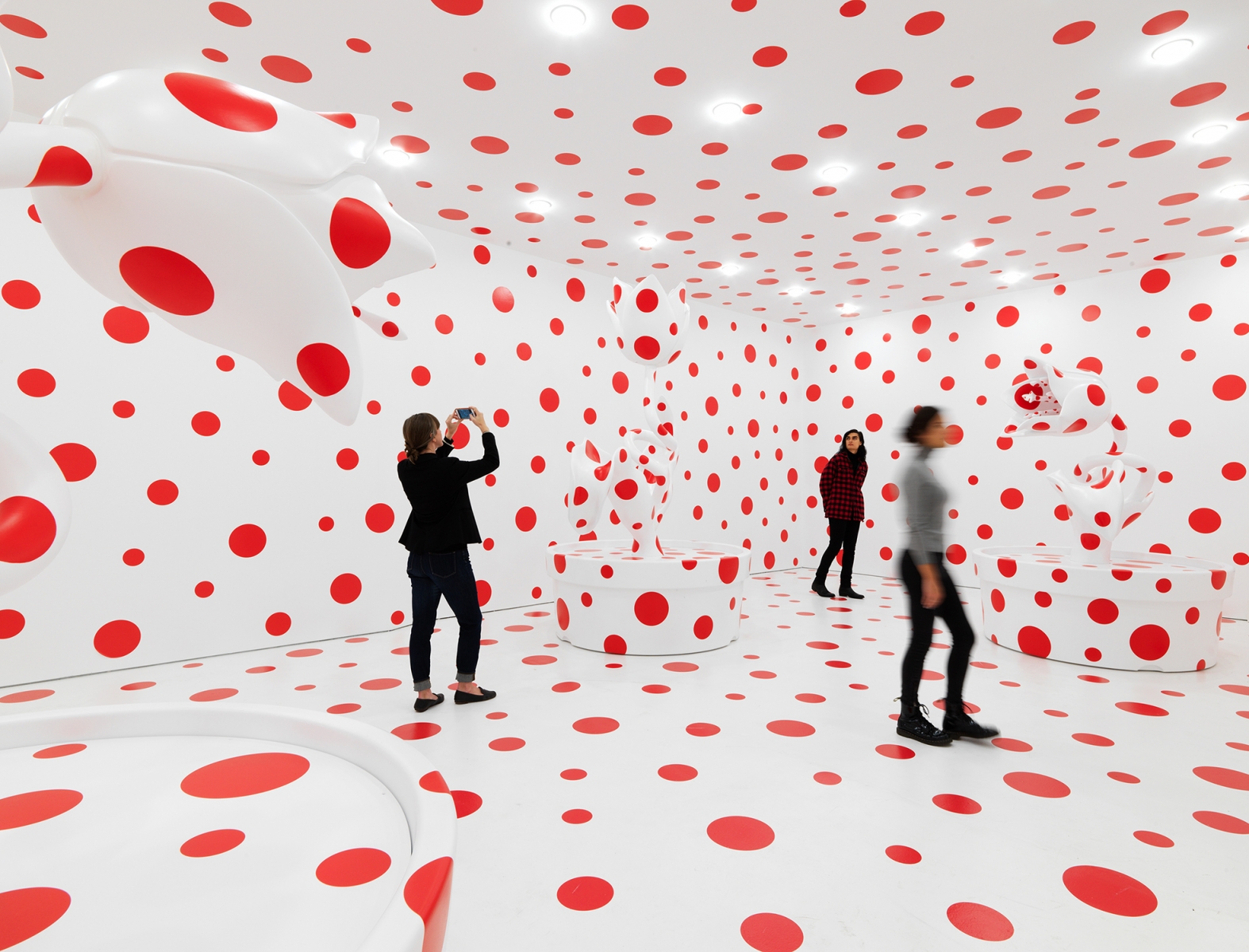 Yayoi Kusama’s Infinity Mirrors have been around since the 1960s, and thanks to social media, their popularity has skyrocketed. The Infinity Mirrors exhibit boasts chambers filled with LED lights, patterned objects and of course, mirrors that create the illusion of an endless room.

Kusama’s newest installations made their Big Apple debut on November 2 and will stick around until December 16. The installations include two new rooms and a collection of paintings, sculptures and other mediums, which are distributed between David Zwirner’s three Manhattan galleries.

The two rooms (at David Zwirner’s Chelsea locations) are a part of the “Festival of Life” exhibit. One room, which has mini color-changing light bulbs arranged in an infinite hexagonal pattern, is only viewable through twin peepholes. The second room features suspended stainless steel balls enclosed by mirrors. David Zwirner’s Upper East side location will host Kusama’s “Infinity Nets”—intricately painted nets displayed across single-color backgrounds.

David Zwirner has placed 30 second time limits on viewing each mirrored chamber, following the example of the Broad in Los Angeles. Admission is free, but expect to wait for a chance to glimpse these mirrored illusions in person.