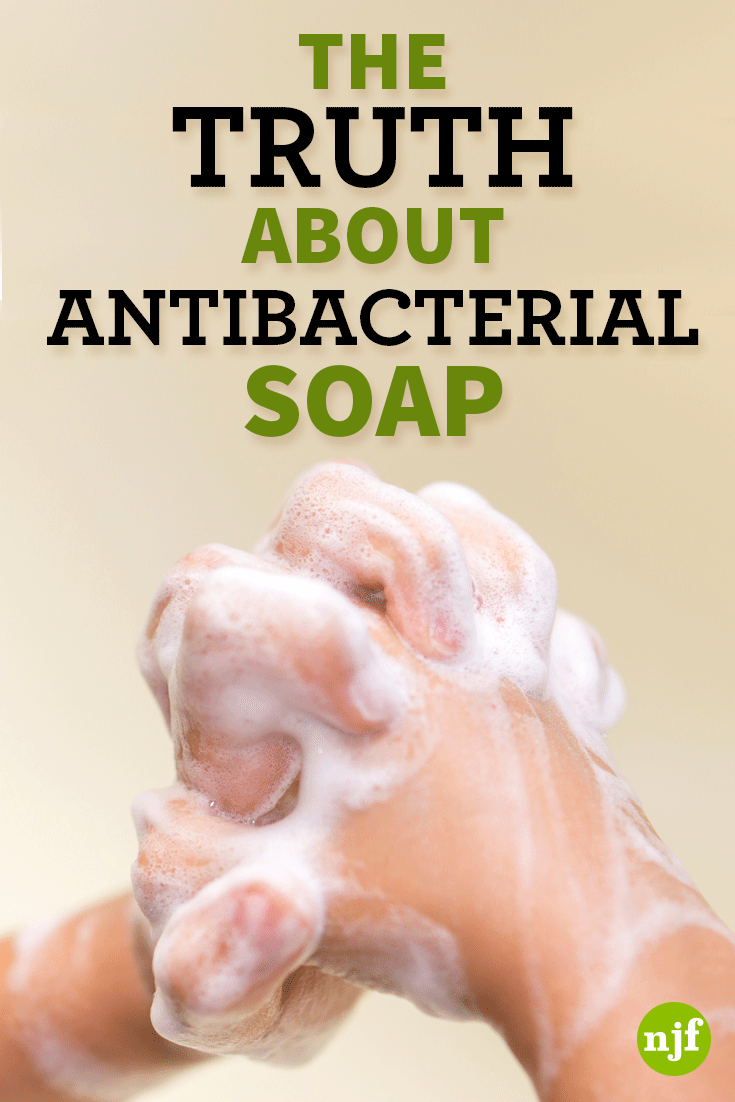 Antibacterial soaps are no more effective at preventing illness than good old soap and water, according to the FDA. Yet over 75% of soap products market their antibacterial properties. More importantly, antibacterial soaps (specifically the chemical tricolsan) have been shown to act as hormone disruptors and possibly create drug resistant bacteria. If you still have bottles of the stuff by your sinks, toss ‘em!

The problem with antibacterial soap

The Food and Drug Administration (FDA) has been filing motions to ban triclosan (less commonly known as triclocarban) or limit its use since the 1970s. It’s bad stuff: The National Institute of Environmental Health Sciences reported that “endocrine disruptors may cause reduced fertility in women and men, early puberty in girls and increases in cancers of the breast, ovaries and prostate.” When a 2008 study showed that rats exposed to triclocarban had enlarged prostate glands, many companies using the chemicals justified the practice, saying that humans are not exposed to triclocarban in the same dosage as the rats. However, the dosage was equal to that of one shower when lathered up with antibacterial soap. Researchers agree that if the chemicals are proven dangerous, people would be most affected by the chemicals at key hormone points in their lives, such as early childhood, adolescence or pregnancy.

Another major problem with antibacterial soaps is that they may create “superbugs,” or bacteria that is resistant due to extended and repeated exposure to antibacterial products.

Antibacterial soap is so potentially hazardous that in May of 2014, the entire state of Minnesota outlawed the sale of soaps containing tricolsan (though the law won’t go into effect until January of 2017). And major companies like Procter & Gamble and Johnson & Johnson are currently in the process of eliminating products that contain the chemical.

In this case, the fix is very simple, swap your antibacterial products for some plain old soap.