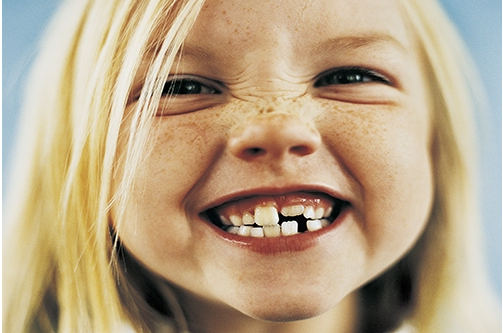 When should you start flossing his teeth? Will nursing make her pearly whites healthier? And is smoking really harmful to their cute little smiles? The dental experts weighed in with all the up-to-date information.

You should floss your kids’ teeth as soon as two baby teeth touch (check the back molars first)—which can happen as young as two years old, according to the American Dental Association (ADA). And yes, you’ll have to do it for them when they’re little, since they probably won’t get the hang of flossing until they’re 10 or 11 years old. If regular floss is too tricky or uncomfortable, try floss sticks or picks to make it easier.

Nursing Is Good for Baby’s Teeth

You know breastfeeding is good for baby, from fighting infections and lowering the risk of childhood obesity to boosting his brain. Now, a recent study adds one more reason to the list: It’s good for his teeth, too. The research, published in June in the journal Pediatrics, found that infants who were breastfed for three to six months were 41 percent less likely to have moderately to severely misaligned teeth and 72 percent less likely to have dental misalignment if they were nursed exclusively for six months or longer. Babies who sucked on a pacifier while they were breastfeeding had a slightly higher risk of having misaligned teeth.

Researchers from the University of Adelaide in Australia looked at 1,300 children and analyzed which of them had dental or jaw conditions by the time they turned five years old, including overbite, crossbite, open bite and misaligned teeth. While most of breastfeeding’s upsides are attributed to the breast milk, dental benefits seem to come from the act of nursing itself and its effect on the muscles, the study authors believe. Babies have to move their mouths and jaws in a very specific way when they nurse, using the muscles differently than bottle-fed infants do, which may lead to healthy dental, mouth and jaw development.

A new study suggests that babies exposed to secondhand tobacco smoke have a higher risk of tooth decay by the time they’re three years old than those who aren’t exposed. Researchers from Kyoto University in Japan found that infants who were around tobacco smoke starting at four months old were twice as likely to have tooth decay once they turned three than those who weren’t exposed to smoke. The findings, published in the journal BMJ in October, were based on the dental exams of more than 75,000 babies. In all, 55.3 percent of the children studied lived in a household with at least one smoker.

Is There Arsenic in Baby Formula?

Smoking in Cars with Kids