Mark your calendars for some serious space inspiration this Friday, when the Intrepid Sea, Air & Space Museum will host its first-ever Virtual Astronomy Live event from 2 to 3:30 pm. The free event will feature astronauts Charles F. Bolden Jr., Mike Massimino and Nicole Scott, along with astrophysicist Frank Summers, who together will celebrate 30 years of the Hubble Space Telescope. 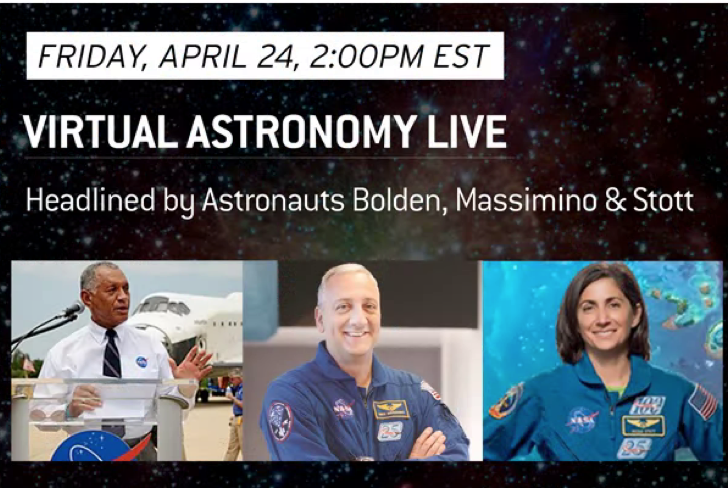 They’ll also talk about the parallels between isolation in space and the conditions we’re experiencing while self-isolating during the current pandemic. There are many lessons we can learn from astronauts who spent lengthy periods of time in space, isolated from others. In a recent opinion piece published in The Globe and Mail, Dave Williams, Canada’s spacewalk record holder, talks about the lessons his experience in space taught him about isolating during the COVID-19 pandemic.

“For those of us not on our own, we should embrace this time, stuck together in close quarters like the crew of a space station, and find reason, however small, to celebrate these strange days,” he writes. “And we can all perhaps find meaning in recognizing that the world, like space, is sometimes hostile, but always a beautiful place.”

Hubble is the first optical telescope to be placed in space, providing an unobstructed view of the universe. The famed telescope has been in operation for more than 25 years. Scientists have used it to observe the most distant stars and galaxies as well as the planets in our solar system. Experts at the event will also discuss The James Webb Space Telescope, the planned successor to Hubble.