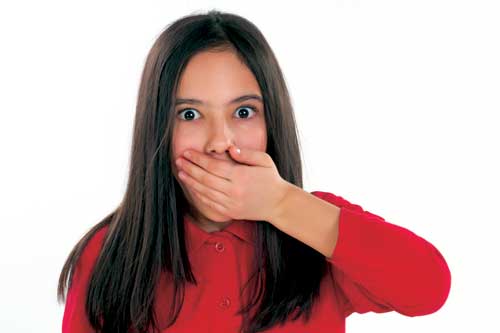 Dental amalgams-—commonly known as silver fillings—have been around for more than 100 years and are still in use today. But some groups have had their fill of the shiny metal. Citing health considerations, anti-amalgam groups are calling for this cavity-repairing staple to be pulled from dentistry.

Concerns about amalgam stem from the use of a key component of the metal mixture. It’s made up of silver, copper, tin, and zinc, along with the metal at the heart of the debate, mercury. Dental amalgam contains between 40-50% elemental mercury. One of three forms of mercury, elemental mercury is different from the methylmercury found in fish and shellfish, which has been found to have harmful effects on the developing nervous systems of fetuses and infants. The concern about elemental mercury comes from the low-level vapor released as the mercury breaks down.

The Food and Drug Administration (FDA) classifies amalgam as a moderate risk item that’s not high enough to cause harm in patients. Following multiple reviews, the government group has determined the amount of mercury released by amalgam fillings is within acceptable limits. One study found that fillings surfaces lose up to 95% of mercury over time, but older fillings may be safer than newer ones.

On its website, the FDA states it’s found no link between dental amalgam and health problems in adults and children 6 years and older. Studies of individuals in this age group with even 15 or more amalgam fillings were found to have mercury levels far below the level considered harmful. While there is limited clinical information about the potential effects of dental amalgam fillings on expectant mothers, fetuses, breastfed infants and children under age 6, the FDA concludes their estimated daily dose of mercury vapor is expected to be at or below levels considered safe.

The American Dental Association (ADA) also considers dental amalgam a safe, affordable, and durable material, but neither promotes nor discourages its use. “From the ADA standpoint, patients should be allowed to make the choice themselves,” says Edmond Hewlett, D.D.S. Associate Professor at University of California School of Dentistry and ADA spokesman.

“We agree with the FDA’s 2009 ruling that dental amalgam is a safe and effective restorative material that does not cause adverse health effects in children.” —Dr. John Liu, past president of the American Academy of Pediatric Dentistry

As the parent of a 10 year old with an amalgam filling, Dr. Hewlett says he opted for the material after discussing the matter with his son’s dentist. “Tooth-colored material is sensitive to contamination with moisture during the procedure. It can be difficult to keep the tooth dry during critical moments since moisture control is often an issue for kids. Amalgam is a good option in these situations,” he says. Although he understands why parents have concerns, Dr. Hewlett admits he had no qualms about using the material. He believes no credible studies have shown amalgams to be harmful.

In a 2009 survey, 48% of dentists said they placed amalgams, while 52% did not. Instead, dentists may use a popular alternative, composite resin fillings, which offer a more natural, tooth-like appearance. Made from a mixture of plastic and glass, composites require less preparation and preserve more of the natural tooth than amalgams. Amalgams are considered the more durable of the two, but the strength of composite fillings has improved.

Some anti-amalgam groups have pointed to environmental dangers from mercury fillings as a concern. In 2007, the New Jersey Department of Environmental Protection adopted the Dental Amalgam rules, which require use of an amalgam separator to decrease the release of mercury from dental facilities into the environment. The device is considered 95% effective.

Before selecting cavity-filling material, parents may want to consult their family dentist about options and updates. “The ADA categorically welcomes ongoing research of the efficacy and safety of any materials,” says Dr. Hewlett. “It’s just smart. Technology grows at an incredible rate. It’s irresponsible to stop looking at or collecting information for any devices used in health care.”

LaNeta Crighton is a registered nurse and mom of three from Harding Township, New Jersey.