Is Online School Right For Your Child?

This Viral Back to School Survey Nails Our Stress Level 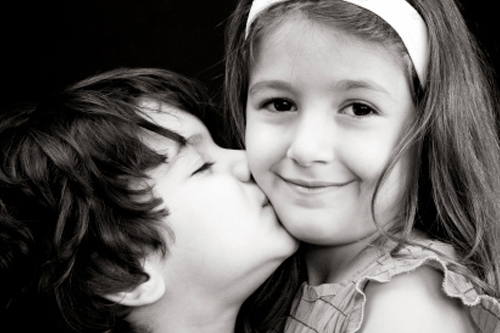 Nothing says “I Heart You” more tenderly than a bunch of laser-toting robots, so I bought four boxes of Transformer Valentines for my boys to hand out at school. Thank goodness my guys are still young and devoid of the romantic entanglements, and ensuing angst, of real love. Those days will wreck me for sure.

To be honest, and maybe it’s wrong to admit this, I have decided no one will ever be good enough for my sons. I figure: I made these people and no one else can have ’em. It’s a stringent lifetime warranty.

So, “shocked” is the only word to describe how I felt when my 5-year-old came home from school last week and announced, “Momma, I have found my bride!” After pulling myself together, I began the interrogation. “What’s her name?” I asked.

“Hester Prynne,” he said. (OK, he hasn’t read the Scarlet Letter yet, and that’s not her real name, but it sounded about right, given the circumstance.)

“Is she in your class?” “Yup!” “What do you like about her?” “She loves dinosaurs.” Hmm, common interests. All right, maybe they had a chance, but I was cynical. I began to wonder about this Jezebel who had so completely won my son’s heart, so I did what any self-respecting mother would do—I dug into her murky past. Turns out she had just celebrated her sixth birthday, so she could be considered an older woman. Gasp! I wondered if she was after his college fund. Not on my watch, Missy!

Digging Up Some Dirt

I used my high-powered position as a room mom to spy on this sly seductress. Let’s see, she knew her ABCs and was a Dr. Seuss connoisseur . . . interesting. She was very cute, that’s for sure. Darn it. But wait a minute! I could see she was not coloring within the lines! That’s it—engagement off. This kindergarten Lolita was obviously not marriage material.

As I left the school, resolved to break up this mismatch, I caught a glimpse of the playground. In a rush, it all came back to me: my first love . . .

We’ll call him Mark, because that was his name. His blond hair and blue eyes were like Pop Rocks to my soul. One sunny spring day I decided to let Mark know how much I loved him, so I confidently sashayed over to him and tapped him on the shoulder. The moment he turned around I kissed him, and then ran away as fast as my clogs would take me. He was sure to like me now.

“Jane and Mark, sitting in a tree, K-I-S- …” was lilting in the air, courtesy of our classmates, as I envisioned our magical life together. Just then, my shoulder was tapped and I turned around to find Mark standing there. Certain he was going to pledge his affection for me, I gazed into his dreamy eyes. Pow! He socked me in the arm. I was still crying as the teacher dragged him to the principal’s office.

Now obviously I couldn’t let something like this happen to my own child, could I? I had to protect him from such emotional pain. But how?

I was still wracking my brain for a solution when my little guy announced that Hester didn’t like him anymore, even though he still liked her. He assured me he was fine, although I know his little heart was twinged with rejection. “Girls are weird, mom,” he finally said with a mixture of bewilderment and conviction. “Yes honey, they sure are . . .” I replied, lacking the appropriate words. In lieu of sage advice I made my man a PBJ and we watched Sponge Bob together.

Yes, there will surely be more Hesters, and more broken hearts, until he finds his real bride. And when he does find her, I hope I don’t hate her. No one is good enough for my boys. At least not yet.

Jane Suter is one funny mom. To share some of your own parenting experiences with Jane, send her an email.

Has your little one claimed to have already found his bride-to-be? Was it cute, funny, or completely startling?